The number of Americans expected to bet on the Super Bowl at legal land-based sportsbooks is up 25% over last year according to a new survey. 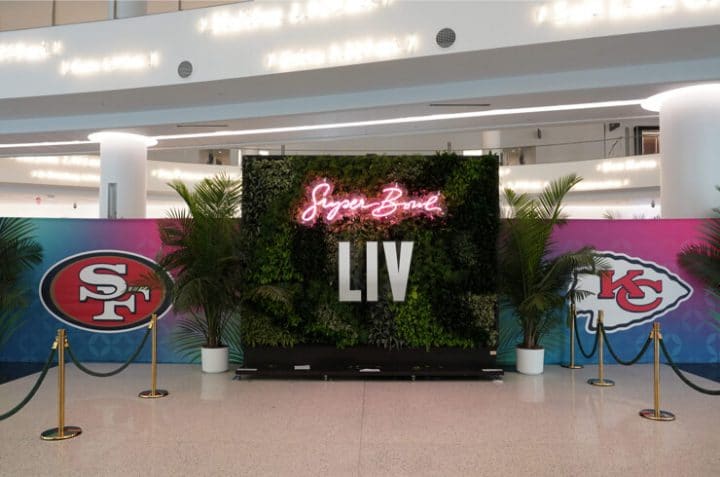 Nearly 4 million Americans will place a legal sports wager on the Super Bowl at a brick-and-mortar sportsbook — a 25% increase from last year — according to a survey released on Tuesday by the American Gaming Association.

“With 14 operational markets and another seven close behind, Americans have never before had so many opportunities to wager on the Super Bowl in a safe and legal manner, and clearly, they are getting in on the action,” said AGA President Bill Miller. “With increased visitation to legal sportsbooks, we are successfully drawing bettors away from the predatory illegal market.”

Even so, the nearly 5 million total Americans expected to place a bet on the game via a mobile device includes those who will wager legally — such as on apps in states like Pennsylvania or New Jersey — as well as those who will shop at illegal offshore sportsbooks.

“I have absolute confidence that Americans didn’t start betting on sports when the Professional and Amateur Sports Protection Act was overturned,” Miller said in a statement. “What makes this year’s Super Bowl remarkable is that more fans than ever before will have the reassurance that the integrity of their bets on the big game will be preserved.

“The continued expansion of legal sports betting — to the detriment of the illegal market — truly benefits all stakeholders, from enhanced fan engagement for teams to added tax revenue for state and local economies.”

Overall, more than 1 in 10 American adults will wager on the Super Bowl, once bets with the neighborhood bookie, the office pool box contest, and casual wagers among friends are factored in. The results come from an online survey conducted by Morning Consult.

The survey closely paralleled official lines and betting trends across the U.S., as 52% favor the Kansas City Chiefs while 48% expect the San Francisco 49ers to win.

Viewership of NFL games rose 5% in 2019, in spite of previous protestations from major sports league executives that they would suffer “irreparable harm” should states beyond Nevada approve of wagering on these leagues’ games in their state.

An AGA study from Sept. 2018 — just four months after the U.S. Supreme Court vacated a 26-year-old federal law limiting other states from sponsoring sports betting — concluded that the NFL’s annual revenue could increase by more than $2 billion due to the gambling.

An additional survey commissioned last fall found that 1 in 4 American adults said they would make wagers on NFL games if it was “legal and convenient to do so in their state.” Almost 40% of American adults are seen as likely or potential sports gamblers.

Sports betting is legal in states ranging from New Hampshire to Oregon, with a map of such states running roughly parallel to which states had approved casinos by the turn of the 21st century.

The three largest states in terms of population — California, Texas, and Florida — have yet to approve sports betting. The fourth-largest state, New York, limits the wagering to four upstate commercial casinos, with native American casinos in the state also afforded the option. None of those casinos are within the massive New York City and Long Island region, however.

That makes Pennsylvania the largest state with full-fledged sports betting including mobile — an option that New York Gov. Andrew Cuomo continued to oppose by last week leaving it out of his annual budget proposal.

Morning Consult conducted the online survey on behalf of the American Gaming Association between Jan. 21-22, 2020, among a national sample of 2,200 adults. The data were weighted to approximate a target sample of adults based on age, race/ethnicity, gender, educational attainment, and region. The margin of error is +/-2 percent and greater among subgroups.