Several sportsbooks are seeing more money bet on tails for the coin toss prop bet, with one legendary bookmaker surprised by the handle. 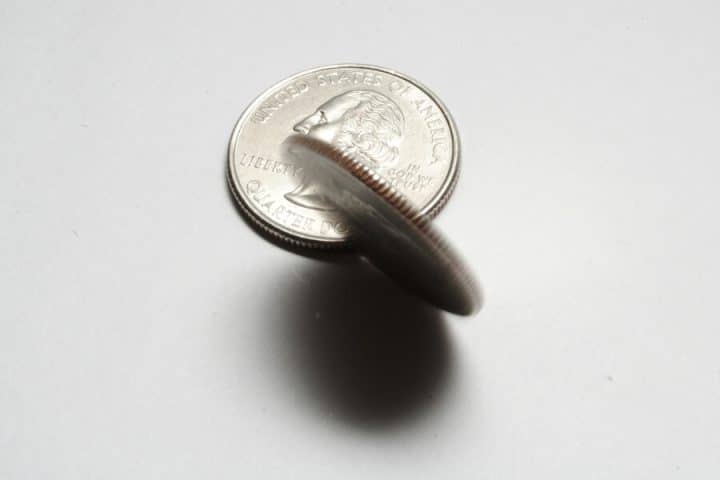 One of the most popular bets on the Super Bowl is the simplest bet on the menu.

Legal online sportsbooks on the east coast are finding customers are willing to pay 2 or 3 percent juice on the Super Bowl coin toss. It’s a negative-EV bet that you should avoid if you don’t enjoy setting money on fire, but still many people are willing to go for it and books are of course enjoying the action.

At DraftKings, a leading online sportsbook in Pennsylvania and New Jersey, there’s a -103 price on both heads and tails. The book said earlier this week that about 55% of the money was on tails. It was about 58% over at FanDuel as of Friday, up from 54% earlier in the week. The internet sportsbook PointsBet has observed a whopping 70% handle on tails. Are bettors buying into the old catchphrase, “tails never fails?”

It appears so, even though in 2019 there reportedly was some widespread superstition that heads was going to win. Why? Apparently because the New England Patriots liked to call heads, which obviously had no bearing on the actual result of the coin toss, but still tickled the strange fancy of bettors.

Fast forward to 2020. The Kansas City Chiefs are squaring off against San Francisco 49ers and bettors are apparently loving the prop bet as much as ever and preferring tails, according to veteran Las Vegas bookmaker Johnny Avello, who is now DraftKings’ Director of Sportsbook Operations.

“We only offer this [prop bet] in the Super Bowl,” Avello told US Bets. “Here we are with the biggest game of the year. We offer everything to do with the players, trick plays, jersey numbers … and guys elect to bet the coin toss. It doesn’t surprise me that it gets action. The amount of action, that’s the surprise.”

Avello says that the low vig coupled with the fact that people can get a little action right off the bat and then sort of relax the rest of the game plays a key role in making it an attractive prop.

When asked if he thinks that folks who aren’t traditionally sports bettors, but perhaps are blackjack players instead, are especially interested in the bet, Avello said that psychology makes sense.

“In my previous experience I would agree with that,” he said. “When I was running the Wynn casino and I would have someone plop down $20,000 on this bet … that player was a casino player who bet table games. But why it has gained such popularity with these digital players?”

DraftKings is also an online casino these days in New Jersey, so that might be part of the answer.

Tails not always the favorite

During Avello’s years of sports betting experience in Las Vegas, heads was actually consistently more popular. He thinks the direction bettors lean could depend on where a sportsbook is located.

“When I was offering the bet in Vegas, heads was predominantly bet,” Avello said. “It has surprised me that tails is so popular. Maybe tails is an east coast thing and heads is a west coast thing. ‘Heads up’ is a phrase that is used every day. I think that is used more than any slogan that you could associate with tails.”

The origins of the catchy “tails never fails” phrase is hard to pinpoint, but some people apparently associate it with Randy Moss during his days with the Minnesota Vikings. He was once observed saying tails is the way to go for a coin toss because it apparently worked well for him in a video game.

It’s hard to know for sure when some NFL players started to believe that you should pick tails because it “never fails,” but it’s stuck in the heads of some players, such as Chargers QB Philip Rivers in 2013.

Outside football, there’s also the famous story, as Bulls.com tells it, of the NBA team selecting heads for a coin toss in the 1979 draft that could have landed the franchise Magic Johnson.

Back then, the No. 1 pick was decided by a coin flip between the two worst teams in the league. The Chicago Bulls decided to obtain fan input, with the overwhelming majority going with heads. The Bulls listened to the fans, but the coin toss ended up as tails and the Los Angeles Lakers took Johnson with the No. 1 pick. The Bulls were left with the No. 2 pick and took David Greenwood.

Clearly the preference between heads or tails can change like the wind, but it appears that bettors this year, at least at the country’s regulated online sportsbooks, are thinking like Moss.