When Refrigerator Perry scored in Super Bowl XX, it forever changed how sportsbooks offer prop bets and how the public embraces them. 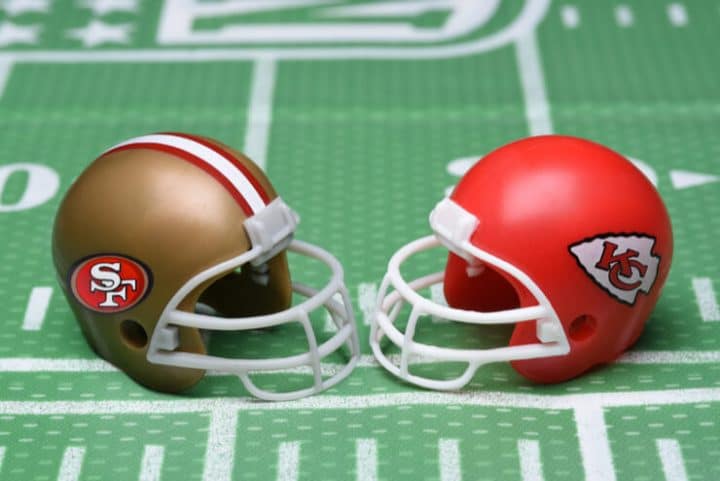 William “Refrigerator” Perry’s score from the 1 for the Chicago Bears, part of their 46-10 rout of the New England Patriots, was the spark that created the explosion of Super Bowl proposition bets offered by every sportsbook today.

Every NFL game has abundant betting options beyond the big three of point spread, moneyline, and point totals, but nothing like the hundreds that oddsmakers have created for Sunday’s Chiefs-49ers matchup. The prop bets are the ones that have no direct connection to the outcome of the game, but offer all kinds of chances play by play, player by player, quarter by quarter, to win or lose money.

The options have expanded and grown increasingly more exotic in most years since Perry’s rumble, due to the popularity and publicity surrounding that unusual Super Bowl XX wager on “The Fridge” to score offered by a small number of Las Vegas sportsbooks.

Prop bets now make up more than half of Super Bowl wagering at locations like the Westgate Las Vegas SuperBook. Bettors stood in line as an annual tradition there last Thursday evening to await the unveiling of its hundreds of options, which spanned 33 pages on a handout.

The Westgate’s prop bet smorgasbord is famous under the leadership of Jay Kornegay, the casino’s vice president of race and sports operations, who became widely known for such expansion in the 1990s when running the sportsbook at the Imperial Palace.

“We started thinking of propositions as a way to keep people interested in the game to the very end because so many were blowouts at the time,” Kornegay was quoted in a RotoGrinders story last year. “In the early ‘90s we came up with some prop bets that wouldn’t be decided until later in the game and there was a lot of interest in them. We were pleasantly surprised.”

But it is Art Manteris, in charge of the Caesars Palace sportsbook in the mid-1980s, who is credited with the Refrigerator Perry bet. Even though it was costly for his casino -— and for several others that incorporated it — because so many recreational bettors had placed wagers early on the cult hero lineman at long odds, its creative invention was a highlight of the longtime Vegas bookmaker’s career.

Jimmy Vaccaro, a colleague of Manteris’ in Nevada sportsbook circles since the 1970s, was among the competitors who embraced his Refrigerator bet, also offering it to customers across the street from Caesars at the MGM.

Like Caesars, the MGM took a bath on it. The bean counters’ laments were soon overshadowed, however, by free advertising with far greater value than what the casinos had to pay to customers.

“I think Art put it up at 60/1 and I had it 40/1,” Vaccaro, who now assists sportsbook operations at the South Point Casino Hotel in Las Vegas, recalled in a phone interview. “Once Refrigerator crossed the goal line, people like me were inundated with phone calls from the press. We got our ass kicked [on the bet], but it was well worth it.”

Bettors also made a mint off a series of safeties

Super Bowl XX wasn’t the end of losses on prop bets for the sportsbooks. Particularly costly were the three straight safeties in the 2012, 2013, and 2014 games. Long-odds props like the occurrence of a safety, onside kick, 2-point conversion, and overtime are favorites among recreational prop bettors.

Thousands of bettors were able to go nuts quickly in 2014 when the ball was snapped over the head of Broncos quarterback Peyton Manning into the end zone on the first play from scrimmage. Some had wagered not just on a safety occurring, but on it to be the first score of the game at 100/1, remembers Johnny Avello, who was head of Wynn Resorts sportsbook at the time.

“I was in the hole something like $130,000 on the first play of the game,” said Avello, who is now head of operations for DraftKings Sportsbook.

While such opportunities for wide-ranging legal wagers on the Super Bowl were once limited to those visiting Nevada, they’re available now via retail sportsbooks and online operators like DraftKings in a growing number of newly legal states.

DraftKings is expanding the options each day to where there will be at least 500 different ways to bet by the time of the game, Avello said, but unlike some of the Vegas sportsbooks, the props won’t represent a majority of its Super Bowl handle.

That’s because bet size limits exist on prop bets far more restrictively than for the three main types of wagers, Avello noted, and DraftKings takes some big-time bets on the game’s outcome.

“We don’t take anything and everyone on prop bets, because we don’t have the same volume” to help balance the risk, Avello said. “On the outcome of the game itself, we have so much volume we don’t mind adding to a huge pot.”

The props get exotic, but with focus on the game

The public also has the mistaken notion that U.S. sportsbooks widely take bets on non-football options like the length of the national anthem or songs performed at halftime. Those are common with illegal offshore books, but regulators in states with legalized sports betting — including Nevada — generally insist that bets be connected to competition on the field.

That does, however, make a bet on the coin toss possible. FOX Bet has made it an even-money wager to help attract bettors, but many places offer both sides at a small minus price. That makes it impossible for a bettor to find an edge, which won’t stop people at South Point from betting heads or tails at -102 regardless of value, Vaccaro said.

“People want to bet the coin toss because they want a decision in the first three seconds of the game,” Vaccaro said. “If you want to bet a $20 bill on the heads or tails, at least you’re involved already.”

In general, he said, recreational bettors will all be betting on big offensive performances, because that’s more entertaining. This year’s matchup offers plenty of potential for that, so an outcome like last year’s 13-3 victory by the Patriots would suit the sportsbooks just fine.

“It was a stone-cold wipeout for the prop bets,” Vaccaro said after last year’s game. “When you get to an event like this, 80% of the bets are on over — over everything — because they want action and excitement.”

There are also ample opportunities for Super Bowl cross-sport bets. Kornegay engineered the popularity of those in 1990 by offering one on whether that year’s high-octane 49ers would score more points than Michael Jordan for the Chicago Bulls the same Sunday. (Those betting the 49ers won.)

Now there’s competition to see who can get more creative with such offers. William Hill, for instance, has multiple options that mix the Super Bowl with action taking place in the NHL, NBA, college basketball, and tennis.

The Australian Open bet is one on whether the number of games played in Sunday’s men’s final will be more or less than the number of yards of Patrick Mahomes’ longest completion for the Chiefs. (The Mahomes side of the wager is -125.)

A recreational bettor might be tempted to place dozens of wagers thinking that will make it the most fun, but that’s not the smart play, according to Avello, who once devised a prop bet related to the average of the jersey numbers worn by all players scoring in the game.

“Do the research,” he advised. “My suggestion is look at all of them, write down the ones you understand, and then go through and see which ones appeal to you and if there’s value on one side.

“If you’re going to bet on Mahomes’ passing yards, go back and look at his passing yards throughout the season, look at how he does against the poor and good defenses, and make your determination like that. Put a little bit of homework into it.”