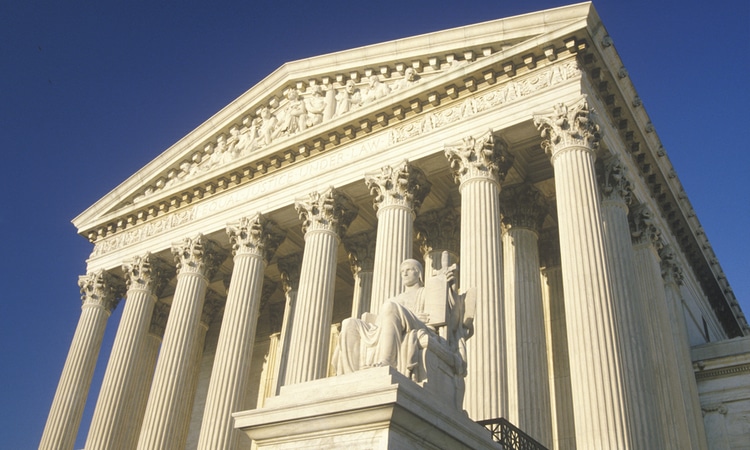 Washington, D.C., lawyer Matthew McGill has used none of the sports betting apps available to residents of his home state of Virginia, but with his help, millions of Americans have access to them in that state and dozens of others.

McGill was co-counsel for the state of New Jersey in the groundbreaking U.S. Supreme Court PASPA case, which opened the floodgates to legalized sports betting on a state-by-state basis when the court decided in New Jersey’s favor four years ago Saturday, on May 14, 2018.

McGill, for whom gaming law is a specialty, was at the table in the high court’s chamber for oral arguments in December 2017 alongside his partner from the Gibson Dunn law firm, former U.S. Solicitor General Theodore Olson. They had been working on the case together for years since the firm was selected by former New Jersey Gov. Chris Christie to win the state’s right to offer and regulate sports betting, which before 2018 was allowed on a widespread basis only in Nevada.

McGill told US Bets in a phone interview that while he was aware back then that the case would have ramifications beyond New Jersey, he had no idea how quickly embraced sports betting would become as a legalized option. About two-thirds of the states either have it already in operation or are in the process of establishing it, with two more states — Maine and Kansas — just authorizing it in recent weeks.

“It wasn’t obvious at that time, at least to me, that sports betting would sweep the nation in quite the way it has,” he said. “I thought that states would legalize it, but it wasn’t obvious that they would rush to do so with the enthusiasm which they have shown.”

Case seemed destined for high court from the start

McGill and Olson had had good feelings after the oral arguments before the court, with Olson countering another former solicitor general, Paul D. Clement, who was representing the NCAA and major professional sports leagues. Formally, the case was first known as Christie v. National Collegiate Athletic Association, and then Murphy v. National Collegiate Athletic Association after Phil Murphy succeeded Christie as New Jersey’s governor.

Congress had passed the Professional and Amateur Sports Protection Act in 1992 prohibiting state-sanctioned sports gambling outside Nevada, with just a few limited exceptions in several other states where it was already in place. New Jersey, holding that PASPA overstepped the bounds of federal authority, enacted legislation in 2012 to authorize Nevada-style betting, only to have the NCAA, NFL, MLB, NBA, and NHL sue to prevent it from getting off the ground. The leagues were joined in federal court by the U.S. Department of Justice.

The legal argument centered around the Tenth Amendment and whether Congress was stripping states of their constitutional rights by directing them to prohibit sports betting, while at the same time it had enacted no federal law to ban or cover the activity. The leagues won rulings in their favor from U.S. District Court and the Third Circuit Court of Appeals before the Supreme Court agreed to hear the case.

The case seemed headed in that direction from its outset, McGill recalled.

“The only way that a state like New Jersey was going to be able to legalize sports betting was to have the statute invalidated — declared unconstitutional — and that was only going to happen at the Supreme Court of the United States,” he explained.

Positive vibe from the oral arguments

There were widespread reports after the oral arguments before the nine justices on Dec. 4, 2017, that, despite the lower court opinions, things seemed to have gone in the favor of New Jersey and its legal team. The court already skewed conservative by that time, and questioning by justices had more to do with issues of federalism and states’ own powers than aspects specific to legalized gambling. Their tone further boosted optimism that already existed from sports betting backers, based simply on the court having agreed to hear the case, which requires four justices’ assent.

“What I recall is that I did not see any significant hostility from any of the justices to our arguments,” McGill said. “Instead, it was the [federal government and leagues] that seemed to have a much rougher ride.”

He said the federal government offered a contorted and narrow legal view that under PASPA, states were able to allow sports betting but not to regulate it, which amounted to “a crazy interpretation of Congress’ intent. … No one on the Supreme Court, as I recall, was particularly keen on the government’s view of the statute.”

Meanwhile, the sports leagues, though this particular aspect of their argument did not come up in Supreme Court oral arguments, had raised fears publicly for years about the integrity of their competition being harmed by the prospect of widespread legalized gambling.

When the court’s decision came out, almost four years ago to the day, it declared by a 6-3 vote that PASPA was unconstitutional.

“Congress can regulate sports gambling directly, but if it elects not to do so, each State is free to act on its own,” the court’s majority found.

‘The dam was already beginning to crack’

Within weeks, sports betting was up and running in Delaware and New Jersey, and dozens of states would soon follow, with nearly $10 billion a month now wagered legally through commercial operators.

“It was remarkable to me that online sports betting became such a huge deal practically overnight in New Jersey,” said McGill. He explained he’s made occasional sports bets himself over the years, but just “in a limited way.”

As a lawyer, his job in collaborating with Olson on the case was to represent a client, New Jersey, pleading for its rights. But in the broader picture, McGill believes the victory against PASPA has been good for the country.

That’s the irony — or some would call it hypocrisy — of one side of the PASPA case and arguments. The leagues that fought to preserve PASPA and forbid sanctioned sports betting are now heavily invested in partnerships with the sports betting industry while acknowledging the increased viewership it brings to their events.

McGill noted a turnabout was already starting before the Supreme Court’s ruling, with NBA Commissioner Adam Silver having written years earlier a highly publicized op-ed endorsing legalized betting. Now, it’s hard to find anyone representing a sports league or team who raises any concerns openly about the activity.

“The dam was already beginning to crack by that time, and I’m glad they’ve come to view it as a positive,” McGill pronounced.