Even with core sports available, the breakout pandemic hit of 2020 is still garnering handle 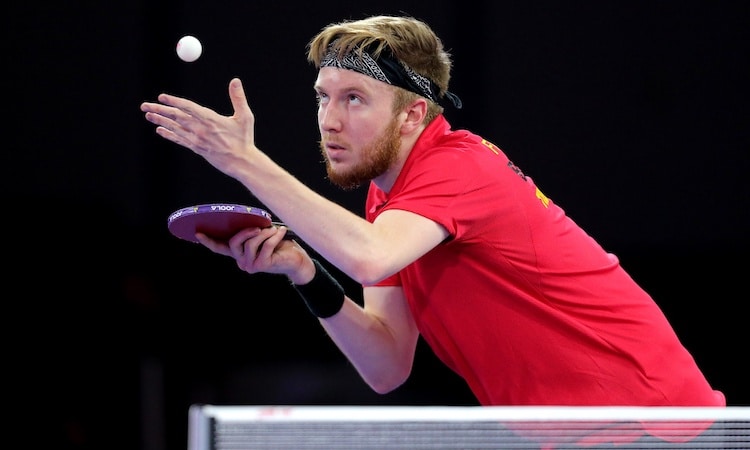 Sports betting on table tennis, and the millions of dollars wagered on it each month, is often met with a bit of confusion.

Who is betting on this?

But one comparison offered on occasion brings it into focus. Talk to someone involved in offering or regulating table tennis action and there’s a fair chance the words “slot machine” come up.

It’s an analogy for the type of bettors interested in the high-speed activity of table tennis, and while it doesn’t give much credit to those who might be handicapping the matches, there are similarities to slots. Table tennis from around the world is available most hours of the day, live betting makes up most of the handle, and there’s a perception that the action is somewhat mindless.

Colorado has been viewed as the leader in table tennis wagering, based on its revenue reports, but that assumption is shaded by the fact that those reports are broken down by sport, which is not the case in most sports betting states.

There are indications that table tennis wagering is not an exclusively Colorado phenomenon, although operators say it is still more popular in the Centennial State than in other sports betting jurisdictions. How much more popular is unclear, but another state that breaks down handle by sport, Oregon, has a higher percentage of total handle wagered on table tennis. Table tennis in Oregon has accounted for 5.75% of total handle ($32.3 million of $561.4 million) all-time through October, while table tennis in Colorado represents 3.84% of total handle ($157.1 million of $4.1 billion), but the significant context in that comparison is that Oregon doesn’t offer wagering on college sports.

“It’s not localized to Colorado,” said FanDuel Sportsbook Director John Sheeran. “But it over-indexes in Colorado, and I can’t really tell you why.”

Sheeran and others involved in the sports betting industry may not know exactly why table tennis has been such a hit in Colorado, but they can reasonably speculate.

Colorado hasn’t yet experienced a non-pandemic sports betting environment, as the first sports wager in the state was taken in May of 2020. Not a whole lot was available to wager on at the time, but table tennis from places like Russia, Ukraine, and the Czech Republic was.

“We lost all our major content, and found new things to wager on,” said Johnny Avello, director of race and sportsbook operations for DraftKings. “I mean, we were doing obscure soccer leagues, simulated NASCAR racing, and Premier League darts.”

A certain segment of new bettors found appeal in the fast-paced, mostly live action, and that May it was the top individual sport for handle in Colorado. More than $6.5 million of the more than $25.6 million in total handle was wagered on table tennis that first month. The second-best handle number was MMA, at more than $1.7 million.

Table tennis was the top sport again in June of 2020, then dropped to third (behind baseball and soccer) in July, fourth in August, and fifth in September. It never left the top five in any month last year, though it has been lower some months in 2021. For the most recent revenue report from Colorado, which covers October, table tennis fell to eighth on the list, though it still received more than $10.3 million in wagers.

“We thought it was going to be pretty limited lifespan until we got core sports back, but we’ve been pleasantly surprised at the continued demand,” Sheeran said.

It’s all about live action, and it’s all online

The key to table tennis wagering is live action — either point by point (although operators often have to skip points, to accommodate for potential delays on the video feed) or through live win odds, similar to tennis offerings.

Avello said the “vast majority” of table tennis wagers are in-game bets, while Sheeran indicated a number of around “75% in-play, maybe a little higher.”

And all of that live action is digital, facilitated by video streamed onto sportsbook apps or websites, similar to that of a horse racing advance-deposit wagering platform — bet an event or a race, watch it in the same place.

All of that aligns with Colorado’s numbers, as just $4,132 of more than $10.3 million in October table tennis wagers in the state came through retail locations.

It’s not for every operator

As well as table tennis has worked for online operators, the retail side hasn’t found the same niche customer. It’s not that it couldn’t work at a retail location, like at a Las Vegas sportsbook, but it doesn’t seem worth it.

“We don’t even offer it for a number of reasons,” said Jay Kornegay, vice president of race and sports operations at Westgate Las Vegas. “I’ve seen some of those matches bet on streams. It looks like they’re playing in a garage in Russia.”

Colorado's hot sport to bet on?

The state's insane totals have stuck:

Kornegay has theorized that the table tennis action online is driven by “arbitrage players.”

“We can’t explain it. There are thoughts out there that the [revenue] reporting is off, but I think it has to be arbitrage players just betting against each other,” he said. “Who’s betting this? It’s got to be these arbitrage players. I have no proof, other than what I hear from my colleagues and people in the business operating in Colorado. There’s not a tremendous amount of customers that are betting table tennis, but they bet a lot.”

That clashes with the picture painted by Avello and Sheeran, who describe table tennis as a recreational market with low limits but a never-ending stream of content. (Sheeran estimated there are table tennis matches available 20 hours a day.)

“It’s more than a few betting, and they’ve found their niche,” Avello said. “When I look at the unique players, there’s quite a few people playing it across the whole network. It’s not like it’s three people. It’s thousands.”

“The stakes on a per-bet basis are reasonably small, which it is designed to be,” Sheeran added. “It’s a recreational product, not as engaging as the core sports, which I wouldn’t expect it to be.”

But because table tennis content is available at almost all hours of the day and live action can provide such a rapid-fire wagering fix, does it lend itself to problem gambling issues?

“People often say that sports betting is a game of skill, and that sports bettors are less likely to have problems, because they’re so strategic about it,” said Keith Whyte, executive director of the National Council on Problem Gambling. “The market in table tennis betting strongly challenges that assumption. Most of us know very little about table tennis, that circuit is very obscure, and many of the protective factors that include people making rational calculations on sports they know a lot about are not there. Gambling is a game of chance, as well, but there are a lot of sports bettors who are just there for the action.

“Clinically, most people with gambling problems — they may have started out as skill-based bettors, but it became more about needing action, rather than strategic bets. Any gambling can become addictive, so we wouldn’t say table tennis, per se, is more addictive than others, but when you look at risk factors, it appears that there are a lot of features, the way table tennis is done, that may make it attractive.”

When I hear about Russian table tennis live odds pic.twitter.com/VpvY6k890s

Whyte advocated for increased intervention for table tennis gamblers — maybe an extra popup responsible gaming ad or an extra email for those who have been engaged in table tennis — but operators and regulators are confident in their ability to spot problem gaming.

“If someone tells us they have a gaming problem and they want to be totally cut off, we do so. We also have limits on deposits, and over a period of time, we look for any problems that might arise.”

That goes the same for integrity issues. Operators are confident in analytics and analysis to flag unusual action, considering these table tennis leagues are in far-away lands and unfamiliar to the general public.

“We’ve got a lot of experience dealing with integrity,” Sheeran said. “In Europe, it’s not a new challenge. We’ve made a lot of ground in the last 20 years identifying integrity, and the limits on low-tier table tennis are pretty small, so any wager off kilter will get identified immediately.”

But we don’t have to look that far into the past to find a table tennis fixing scandal. Just a year ago, arrests were made related to an alleged scheme in Australia, and during the summer of 2020 the Colorado Division of Gaming suspended betting on table tennis events in Ukraine.

“We work very closely with the operators,” said Dan Hartman, director of the Colorado Division of Gaming. “When the thing happened, where folks were arrested in Australia, it was right at the start for us. We had a very quick conversation with the operators: ‘We’re seeing this, these are things we’re not comfortable with.’ We took that league off of our catalog, [and] we took certain players off.

“The system works, and the system works with the bigger leagues, too. It’s about the operators watching for those patterns, and the integrity-providers we talk to and the alerts — all those things play into integrity. Can you stop everything? No. But you can react very quickly and make sure we don’t continue on.”