Tennessee Governor Appears To Have Done 180 On Sports Betting Opposition

Backers of a proposal for legal sports betting in Tennessee reportedly are working with the governor in an effort to craft the right bill. 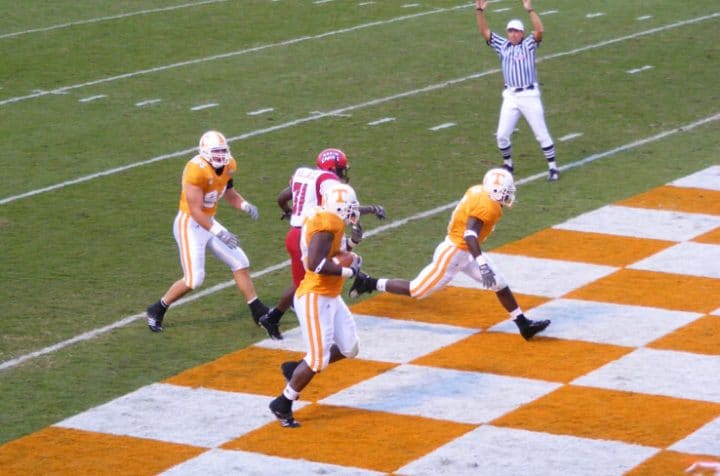 Tennessee Gov. Bill Lee could put his dislike for state-sanctioned gambling aside and sign a sports betting bill that reaches his desk, as long as he has input.

According to a report from WKRN out of Nashville, legislation on the table to legalize and regulate sports betting in the Volunteer State is currently being reworked in consultation with the governor’s office. That’s a very favorable sign for Tennessee, given Republican Lee’s comments on sports betting during a political debate with his Democrat challenger last year. Lee reportedly has put his finger on the scale to stop other gambling bills, one of which calls for casinos. He reportedly isn’t doing that for sports betting.

Lee, who had no previous political experience before being elected to the state’s highest office, doesn’t appear to be wavering from his general feeling of malaise toward expanding gambling, but as long as legislation can be crafted with certain provisions, he ultimately could be on board.

“Governor Lee continues to believe that gambling expansion is not in the best interest of our state,” a spokesperson told WKRN. “The Lee administration will often work with lawmakers to improve a bill that impacts the state’s economic and social health, even if it’s not something we plan to support.”

Support and a signature (or allowing it to become law without a signature) are two different things.

What does Lee want?

“I would work with the legislature to make sure they didn’t approve it.”

Those were Lee’s words on sports betting during the October debate, a stark contrast to the reporting coming out of the state capital this week. It indicates a major shift for Lee, but not a surprising one given the benefits of regulating an industry that currently exists as a black market.

Tennessee is eyeing a sports betting market worth nearly $150 mm each year in taxable revenues, based off roughly $3 billion in handle. The proposal on the table calls for mobile wagering.

Lee’s opposition to gambling expansion apparently hinges on his belief that it’s hard to regulate. He cited “organized crime” as a byproduct of “organized gambling.” However, in the same debate, Lee indicated that he thinks giving local governments some control over sports betting would be a good idea.

“I do believe that local decision-making is generally the right direction to go, so I’d be more open,” he said.

So, about a month later, when a state legislator introduced his bill, the proposal called for allowing local governments to hold votes on whether they want sports betting locations. Under the bill, there could be about 50 retail locations statewide. Tennessee doesn’t have any casinos or racetracks.

Additionally, the bill calls for returning 30% of the tax revenue to local governments.

The legislation was crafted with Lee’s comments in mind. It’s likely that amendments in the pipeline would further bolster state and/or local government oversight of sports betting. The legislation also would establish a Tennessee Gaming Commission, and Lee would get to appoint three of the nine members.

The state legislature wraps up its session in mid-May, so there’s about two months left in the year to rework the legislation, House Bill 1, sponsored by state Rep. Rick Staples, a Democrat.

The legislation is on an agenda to come up before a House committee next week, and there will likely be a vote to decide if the measure should advance. The bill could have come up during the committee’s meeting on Tuesday afternoon, but the action was delayed thanks to ongoing work with the Lee Administration.

Even if the legislation doesn’t cross the finish line in 2019, the work done this year wouldn’t be lost. The legislation can carry over into 2020. Staples’ bill was pre-filed in November.

The proposal cleared a House subcommittee earlier this month, a hearing during which it was described as a “work in progress.” That remains the case, but the future looks bright for Tennessee sports betting.

I'm on record saying it would be 10 years post-PASPA before TN had sports betting. There's a real chance it's only 2-3 years instead. Add Online Registration to HB 1 and this is a great bill for everyone. https://t.co/Ws4dIcYkdT