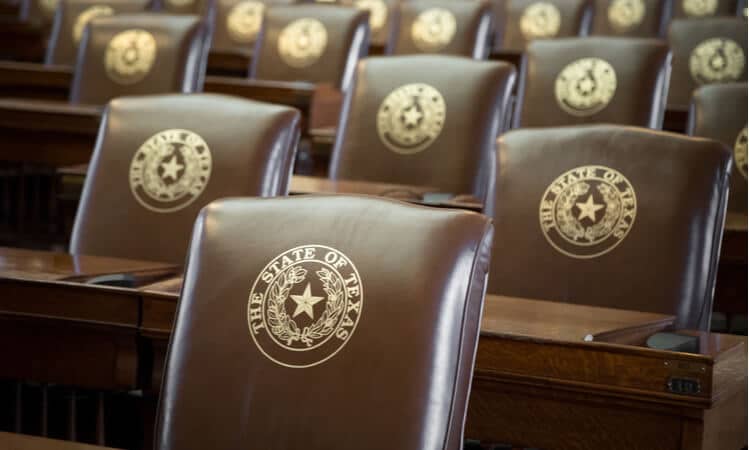 Las Vegas-style casinos in Texas? Don’t bet on it, but once again some lawmakers are trying.

The Lone Star State has the potential to be the nation’s third-largest sports wagering market, trailing only California and New York. A 2017 Oxford Economics study commissioned by the American Gaming Association estimated that state-of-the-art online/mobile gambling in Texas and an industry-friendly tax rate could generate more than $18 billion in annual handle.

Last week, gambling bills were filed in Texas, a state whose legislature only meets once every two years.

The House Joint Resolution 26 proposes a constitutional amendment to authorize the operation of casino gaming in certain coastal areas. Funds derived from casino gambling would be used for residual windstorm insurance coverage and catastrophic flooding assistance in those areas. Casino gambling has been pitched as a way for Texas to deal with the economic repercussions of climate change.

HJR 26 would put casino gambling up to Texas voters in November 2021.

Additionally, the HJR would authorize the Kickapoo Traditional Tribe of Texas to conduct casino gaming through a compact with the state.

The accompanying legislation to the HJR is House Bill 477, and it would further flesh out what the constitutional amendment would lead to.

The legislation would legalize casino games, which would be defined as “any game of chance, including a game of chance in which the outcome may be partially determined by skill or ability, that involves the making of a bet.”

The idea in Texas would be to put regulation in the hands of the Texas Lottery Commission.

Regulators would be able to “award to applicants not more than nine casino gaming operator licenses at locations … within 200 miles of the Gulf of Mexico.”

The state would collect an 18% tax on gross gaming revenue.

The legislation would allow anyone 18 and older to play a casino game.

Nowhere in the legislation is sports betting or online betting mentioned, but the definition of a casino game implies the legislature would eventually authorize at least retail sportsbooks at new brick-and-mortar casinos in the state.

Texas would need additional legislation or sweeping amendments to HB 477 to explicitly authorize the regulation of sports betting that was made possible by a 2018 U.S. Supreme Court ruling that effectively ended Nevada’s monopoly on sports betting.

Should Texas authorize casino gambling, including sports betting, but without an online component, the state’s potential annual handle would fall by 80% or more. States with both retail and online/mobile betting are seeing a roughly 85%/15% split.

That means Texas’ potential for $18 billion in handle would fall to around $3 billion with only retail shops.

For a state historically so unfriendly to the gambling industry, it wouldn’t be surprising to see Texas policymakers forgo an online component if they ever pass casino gambling legislation, but the sports betting industries in other states might prove too strong of an example for Texas to drop the ball.