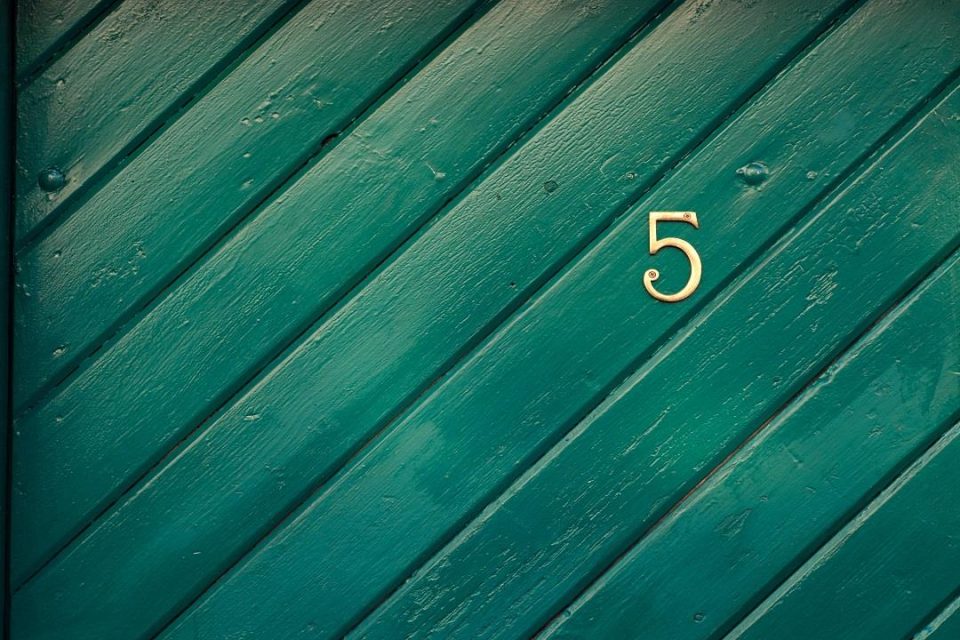 When you take a card game that used to get people shot and killed in the Old West and combine it with a near-record $74,015,600 at stake, TV cameras tracking the action, and social media allowing everyone to have a say, you’re guaranteed to run into some controversy.

From the trivial to the deadly serious, the first week of the 2018 World Series of Poker Main Event got quite a few controversies trending on Twitter. Here are the most notable among them and our takes on what went down, whether someone is at fault, and whether something needs to change.

Hellmuth talking out of turn

It’s hard to believe, we know, but Phil Hellmuth, a.k.a. “The Poker Brat,” found himself at the center of a storm because of his behavior at the table.

Hellmuth was in a three-way pot on Day 2c, holding pocket sevens on a 4d-3d-10s flop against two opponents: a short stack with the nut flush draw and a big stack with the second-nut flush draw. Poker pro Doug Polk put together a video analyzing the action comprehensively, but if you prefer the long-story-short version, it goes something like this: Amateur James Campbell moved his short stack all in, action was on Alex Kuzmin, and Hellmuth started cursing like Cardi B, frustrated to be facing an all-in bet with a hand he couldn’t call with. This gave away to Kuzmin that Hellmuth wasn’t strong enough to call, thus making it easier for Kuzmin to call — which he did, and he paired up on the turn, eliminating Campbell from the Main Event.

I had some fun even though I got tortured all day in the WSOP main event. I busted in brutal fashion a9dd vs k2dd on 1034dd flop…turn black 2. @phil_hellmuth save your rant until after other players fold. That player would have not called without your antics @WSOP

While it can be hard sometimes to fully mask emotion at the table — who among us hasn’t sighed audibly a time or two when our cards are in the muck and what would have been a dream card rolls off? — it is straight up against the rules to talk about the hand while involved in a multi-way pot.

Numerous poker pros chimed in. Justin Bonomo tweeted, “This behavior is FAR beyond what is acceptable.” Isaac Haxton added, “Every time I play with @phil_hellmuth he talks about his hands in multiway pots, acts out of turn, or talks about what he folded while a hand is still in progress. Players need to step up, call the floor, demand penalties every time. TDs need to give those penalties.” Erik Seidel called it “a very serious incident” and suggested that Hellmuth doesn’t get why it’s not okay.

At first, Phil definitely didn’t get it. He initially apologized for the swearing, but not for giving away information about his hand. But he eventually came around, and whether he was guilted into it or decided on his own that it’s the right thing to do, Hellmuth offered to buy Campbell into the 2019 Main Event, providing a happy ending to an ugly incident.

This one isn’t complicated. Hellmuth was out of line. Every player, regardless of star power, must be held to the same standards when enforcing rules, and while penalizing Hellmuth wouldn’t have un-eliminated Campbell from the tournament, it would have taught The Poker Brat a valuable lesson about waiting until the appropriate time to vent. As it turns out, the poker community raised enough of a stink to teach Hellmuth that lesson anyway. There’s every reason to believe that next time he’s in this spot, Phil will practice a little of the ol’ “serenity now, insanity later.”

Ivey (allegedly) refuses to go to the feature table

On the opposite end of the poker-Phil personality spectrum sits Phil Ivey, who is rarely looking for attention. Did Ivey go so far out of his way to avoid the spotlight that he convinced the powers that be not to put him on a TV table?

This is a strange case because it’s unclear whether this controversy is based on truth or just conjecture and rumor, but it was a controversy just the same. On Day 3, Ivey had a huge stack of chips and was almost certainly the biggest star left in the tournament (especially once Hellmuth busted). But he wasn’t positioned at one of the TV tables.

Poker pro Prahlad Friedman spoke for all of us with this simple question:

How is @philivey not at a feature table?

And then Shane Schleger took it to the next level by suggesting special privileges for Ivey:

WTF is this main event coverage w/ 3 feature tables, Phil Ivey and all the chips, yet no Ivey feature?

A little birdy told me Phil Ivey possibly has discretion/veto on against being moved to a feature table.

if true, way more f’d up than engineering placement of an empty seat.

Certain players preferring not to sit at the TV table is nothing new. It dates back at least 15 years — in 2003, the first year that ESPN cameras covered the entire tournament, Erik Seidel didn’t want the world seeing how he played and warned producers that if they put him at the feature table, he would position his cards so the cameras couldn’t see them. Ivey did play at a TV table on Day 4 this year, so either the controversy was total BS or it was very real and the backlash spurred ESPN, the WSOP, and Ivey into going in the opposite direction the next day.

As with the Hellmuth situation, there can’t be preferential treatment for stars in an open-entry tournament like the WSOP Main Event. Ivey knows what he’s getting into when he enters. TV cameras can influence the action, and maybe the theorizing that they can be negative-EV for Ivey’s chip stack has a ring of truth, but they’ve also been essential to the growth of the game since the very first World Poker Tour broadcast. If Ivey is the player that the greatest number of viewers are likely to want to watch, then his table should be dealt those RFID-ready cards.

Randall Emmett, who was a producer on Lone Survivor, among other films, and his girlfriend, Lala Kent of Vanderpump Rules “fame,” caused a scene with their raucous entrance last Monday, and the poker community was polarized. Chance Kornuth, who recently won the WSOP Online High Roller event, the spoke for many when he tweeted that the distracting arrival was “not fair to the other players in the room who are in a big hand or any hand in general.” Daniel Negreanu vlogged that the Main Event is a special tournament and exceptions can be made for pomp and circumstance, “even if it’s a little corny and cheesy.”

It’s a slippery slope. As an isolated incident, there’s no particular harm in what Emmett did (although it’s debatable whether there’s any positive impact on poker from this or from Phil Hellmuth’s trademark over-the-top entrances). If, as Kornuth says, someone is making a criticial decision in a big hand, then that player hopefully has the focus and discipline to wait a moment for the noise to die down, then get back to business.

But what if entrances like this become the norm, not the exception? What if on every Day 1, there are a dozen different players making a scene as they enter the room? The WSOP needs to keep a close eye on this. If it goes beyond one or two players a year pulling antics like this, Harrah’s might have to create a rule outlawing attention-seeking entrances.

This wasn’t technically a Main Event controversy. It occurred concurrent to the Main Event, during a $1,500 tourney. But it was the most socially significant controversy of the week, so we’re including it here.

Maurice Hawkins alleged that Russian player Adrian Sorin Lovin called him the N-word at the poker table, and the only punishment for Lovin initially was a one-round penalty. But about an hour later, Hawkins shared this tweet:

Update on on the Racist guy from the WSOP.Jack Effel just showed America how to deal with Racism, and that’s Zero tolerance. I am proud to play in @Wsop and be apart of their brand. (Thankyou) He Perped walked the racist guy out of the Tournament Area and DQ”ed him.#HawksView

Good for Jack Effel and the WSOP. Without getting overly political, suffice to say these are racially fraught times in America, and while we can’t stop people from having racist thoughts, we can enforce a code of decency by making it clear that expressing those thoughts will not be tolerated at the poker table. Could the WSOP have taken more decisive action more quickly? Perhaps. But it takes a little time for a complaint to run up the flagpole, from a dealer to a floor person to Effel. As long as Lovin was disqualified from the event, justice was served and the WSOP did its part to send the right message to any potential future offenders.

The bubble bursts off TV

Matthew Hopkins became the unfortunate bubble boy, finishing in 1,183rd place in a tournament that paid 1,182, at a little past 12:30 a.m. Vegas time on July 8, but neither ESPN nor PokerGO were still covering the day’s action at that point. Poker enthusiasts — particularly those paying a subscription fee for PokerGO — got vocal on Twitter about missing out on one of the event’s most dramatic moments.

When edited down to be broadcast months after the fact, the money bubble is indeed a dramatic stage of the Main Event, one that can provide great entertainment. In real time, hand-for-hand play is a grind. It can take several pause-filled hours to get through just a handful of eliminations.

For the production crew, if it’s after hours and the bosses don’t want to pay overtime, there’s only so much that can be done. And, no, stopping the tournament on the bubble and forcing the players to sweat it out overnight isn’t a plus-EV solution.

One suggestion: There should at least be a camera person left behind to document the bubble bursting, so that moment can be incorporated into the next day’s broadcast. But beyond that, we’re going to go ahead and point the finger at the viewers here. If you need to be up past midnight (or past 3 a.m. on the East Coast) watching a handful of eliminations stretch an interminable length of time, take this as an opportunity to reflect and assess whether your level of poker fandom is entirely healthy.

Why Did This Year’s WSOP Main Event Draw The Second Largest Field Ever?