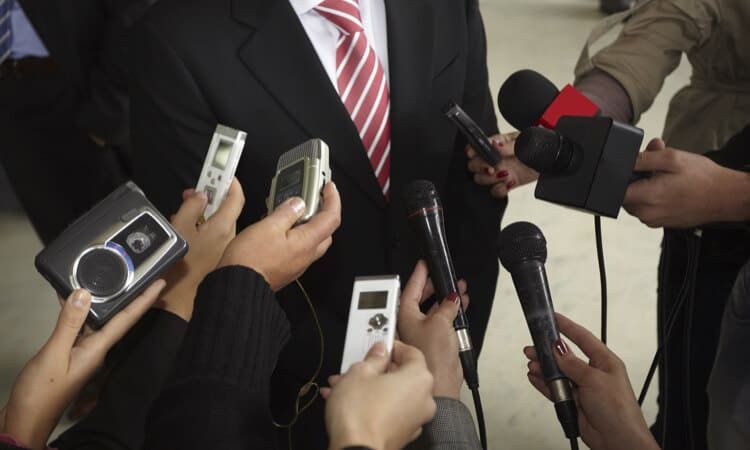 David Purdum can trace the birth of a career transition to … a pending birth.

Seeking a side hustle to generate supplemental income for his family with a child on the way, the newspaperman commenced freelance writing for a sports wagering website.

“I soon found that the interest in sports betting outweighed the coverage that was available,” he said. “Plus I learned that I really enjoyed writing about the characters and stories that the wild world of sports betting produces.”

The year was 2008, when New Jersey was ramping up efforts that led to the legalization of sports gambling nationwide. Purdum was drawing more satisfaction from reporting on the case that culminated in the Supreme Court striking down the ban than on high school football games from cramped press boxes.

“I am not good at betting,” he still says, having never considered the handicapping side of sportswriting. But having placed a bet of sorts on himself and the growth of the industry, Purdum became a forerunner among traditional journalists who are increasingly entering an employment pipeline to organizations that pay attention to the subject.

From paper to pen

Purdum called a career audible and shifted to writing exclusively about sports gambling. He handles the high-profile beat for ESPN.

At first, “I didn’t think there was any chance of making it full-time and, frankly, didn’t really want to go that route,” he said. “I was afraid of getting tagged as a ‘gambling writer’ and even used a pen name because of the stigma that still was attached to betting at the time.”

Matt Youmans never harbored qualms about using his real name. A newspaper beat writer and columnist for nearly a decade at the time, he moved to Las Vegas around the turn of the century in part to accommodate a sports betting jones. He was hired by one of the local papers, the Las Vegas Review-Journal, eventually mixing in the occasional wagering story with more mainstream pieces.

Youmans credits his “vision for the future” for ultimately casting aside other forms of sports journalism and going entirely gambling. When sportscaster Brent Musburger, infamous for referencing point spreads during game telecasts, helped launch Vegas Stats and Information Network (VSiN) in early 2017, Youmans was onboard. There he remains as senior editor and host.

Echoed Purdum regarding his conversion, “It was very obvious to me that there was an under-covered fascination with sports betting. Social media also was taking off and that was the perfect vehicle to grow sports betting coverage.”

Bill Adee, the COO at VSiN and himself a refugee from print circles, pried away both of his copy editors as well as Youmans from newspapers. He anticipates a greater influx.

“Sports media companies will need sports betting specialists, much like Matt was for the Las Vegas Review-Journal, especially until more sport-specific reporters are immersed in the world of sports betting,” he said.

‘A milkman for the 21st century’

Gene Menez came later to the game. He had shuffled through several jobs across 23 years, including editor-in-chief of an architecture/interior design magazine. None involved sports betting, despite his avid interest in it.

“I was in the car with my wife and two kids on our way to the airport for a vacation,” he recalled, “when the news of the Supreme Court decision came down, and I told her, ‘This will be a game-changer.’”

It certainly was for Menez. A year later, he joined the betting-oriented website SportsLine as a senior writer. (Full disclosure: The author of this article also contributes to SportsLine.)

“I had followed the case for months and knew that the legalization of sports gambling would open up opportunities for me,” he said. “Prior to the ruling, I was a fortysomething journalist with a background in newspapers and magazines. There was not — and still is not — exactly a large demand for that. I kind of felt like a milkman for the 21st century.”

Prior to the Supreme Court ruling, the bulk of gambling articles involved betting tips and advice. The circle has expanded to include coverage of the industry as states decide whether to green-light wagering. Spinning off the handicapping pieces are reporting on trends and huge money bets as well as such features as “Bad Beats,” popularized by Scott Van Pelt’s ESPN SportsCenter.

The Athletic, a subscription-based website in operation since early 2016, leapt onto the bandwagon last year with the eventual hiring of three editors focused on gambling, along with several freelance writers who provide at least one daily betting article and plenty more during football season. Among the contributors is James Holzhauer, who knows a little about risking money. He grossed more than $2 million during his 32-game winning streak on Jeopardy!

“Our coverage is pretty robust,” said Nando Di Fino, a managing editor. “My guess is, it keeps growing. … There’s an overall appetite for sports betting coverage.”

Betting coverage not going up in smoke

As betting becomes legal in an increasing number of states, now incorporating nearly half of the nation, media institutions based in them will consider assigning staff to document the developments. News agencies might take a cue from a similar, if more slowly developing, trend of journalists taking on marijuana as a beat. Just as it was unheard of not long ago to read articles in the local paper recommending teams and players to wager on, who would have thought newspapers would address strains of pot available in the weed stores?

Purdum notes the wide variety of sports betting coverage — from what a typical business reporter would dabble in (revenue reports, partnerships, new products) to sports-related (line movements, profitability for sports books and the public) to prognosticators — in suggesting that opportunities will abound for intrigued journalists.

“I think each of those can be their own beats,” he said.

Youmans senses that newspapers are elevating sports gambling in their coverage scope but says, as a whole, “they are way behind the curve.”

With the newspaper industry fallen on hard times, akin to a bettor down to his last discretionary dollars, digital operations such as VSiN, The Athletic, and SportsLine are opening the field for employment.

“I think the short- and long-term future for coverage is very promising,” Menez said. “In the short term, I expect the media outlets that cover sports but do not already cover gambling will do so.

“I expect coverage to also become more niche, meaning outlets dedicated to the more obscure sports and just one sport. So, for example, a site dedicated only to table tennis gambling. Same thing for cycling, darts, rugby, cricket, snooker.”

Sports journalists who remain with newspapers should prepare to bone up on odds, parlays, and teasers, Menez suggested.

‘Just look at who is hiring’

“I’m not sure they fully understood the opportunity quite yet. That wasn’t too surprising, given that legal sports betting in the U.S. is still so new. But just look at who is hiring the most sportswriters and editors these days,” he said, referring to companies such as his.

At the Cronkite School, the Arizona State University journalism program, students have tackled topics from fantasy sports to the state’s newly legalized sports gambling in reports for Arizona PBS, which functions in conjunction with ASU.

“We have had students over the years go and work in some form” of gambling journalism, said Brett Kurland, the director of sports programs at Cronkite, who added that the category might soon be incorporated into the curriculum. “How do we evolve our teaching to catch up? We need to train our students to cover it.”

A similar examination is imminent at the Sports Capital Journalism Program at another university, IUPUI. Noting that media organizations are tapping into sports gambling as a much-needed revenue source, program director Malcolm Moran said, “I would expect at some point that as that part of the industry evolves, [course] syllabi are going to reflect it.”

If not for the pandemic that closed down classrooms and hit the pause button on new initiatives, Moran said sports journalism education might be focused by now on gambling with regard to awareness and instruction.

“To me,” he said, “this process is inevitable.”

Purdum, who for five years coached soccer teams that included the daughter whose birth ushered him into gambling journalism territory, would offer this counsel: “The industry isn’t going away. So if aspiring writers find it interesting, then I would advise them to definitely explore.” 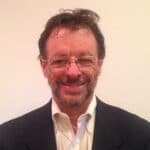 Mike is a career journalist, primarily in sports, with lengthy stints at the Atlanta Journal-Constitution and St. Petersburg Times. He also has written semi-regularly for the New York Times and Los Angeles Times and has reported from nine Olympics. His spare time is occupied with cheering on the JV high school basketball team he coaches and the racehorses he partly owns, but it no longer includes fantasy sports -- even though he ranks among the creators of fantasy football.

Mike is a career journalist, primarily in sports, with lengthy stints at the Atlanta Journal-Constitution and St. Petersburg Times. He also has written semi-regularly for the New York Times and Los Angeles Times and has reported from nine Olympics. His spare time is occupied with cheering on the JV high school basketball team he coaches and the racehorses he partly owns, but it no longer includes fantasy sports -- even though he ranks among the creators of fantasy football.