Biden odds surged on Friday morning, and some overseas bookmakers took the election off the board 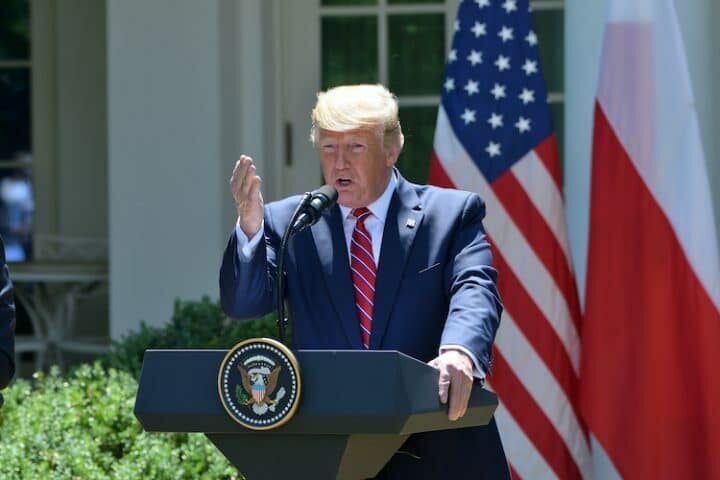 The probability of a Trump victory over former Vice President Joe Biden plunged so significantly on the news that Betfair Exchange operators froze all wagering on election markets in the wee hours of Friday morning. Within hours of the president’s post on Twitter, his odds of winning re-election moved to 2.23 at Betfair (or +223 in American odds), compared with 1.62 prior to the announcement.

While U.S.-based bettors are not allowed to place sports betting-style wagers on the election, the markets are available in numerous other nations around the world.

The Presidential Election Market, and all related markets, has been globally suspended because of Donald Trump's positive COVID-19 test.

We'll communicate more when we can.

Earlier on Friday, Trump tweeted that he tested positive for COVID-19, along with his wife, first lady Melania Trump. The announcement came hours after it was revealed that White House aide Hope Hicks also recorded a positive test.

At Smarkets, a UK-based betting exchange, Biden’s chances of winning the presidency surged on Friday morning to 65.8%, reaching an all-time high. Biden contracts for sale on the exchange carried odds of 1.55, in comparison with Trump tickets, which offered odds of 3.25. Biden gained support after Tuesday’s presidential debate when bettors on the exchange pegged his chances at 63%, up from 55% leading up to the event.

#USElections2020 @JoeBiden hits a new all time high on @smarkets as trumps price breaks down. If you think Trump can make a comeback then you can buy at 31 pic.twitter.com/EAjlFv7azw

Biden seized the lead at Smarkets in June with a traded price of 51%, as coronavirus concerns around the nation intensified. While Biden’s lead peaked in early August at 28 points, according to Smarkets, Trump cut the deficit by more than half by the end of the month as Biden failed to capitalize on a potential post-convention bump. By Sept. 2, little separated the two candidates on the Smarkets exchange, as Biden maintained a slim one-point advantage.

Trading continued on the exchange early Friday, even as Betfair halted activity.

Betfair also halted trading on a number of secondary markets related to the election.

On the Trump electoral votes market, a contract on the president to win between 180 and 209 votes sold for 6.40, while another on Trump to receive between 240 and 269 votes sold for 6.80. A contract on Trump to receive the requisite 270 votes with a ceiling of 299 sold on the exchange for 7.2. In terms of the popular vote, bettors largely expect Trump to finish with a percentage in the range of 43% to 45.99%, the most affordable contract on the market (odds of 2.86).

Despite the uncertainty surrounding the president’s health, bettors still give Vice President Mike Pence little chance of replacing Trump on the ticket. As of 3:55 a.m. ET, Smarkets bettors pegged Pence’s chances of winning the election at 3.12%. One bettor on Twitter bragged of a wager he placed predicting that Trump will not complete his first term in office. A winning ticket will pay nearly $195 on a $20 bet.

One bettor pocketed £2 million ($2.51 million) with a wager on Trump during the 2016 primaries. The total represented the largest individual payout on the Betfair Exchange four years ago.