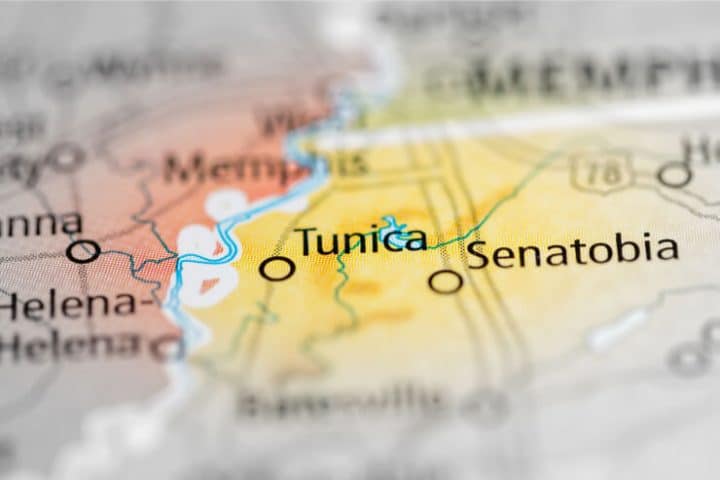 Despite legal sports betting in the state, a crowded casino market in northern Mississippi is forcing the closure of another Caesars Entertainment casino.

The casino operator said late last month that on January 31, 2019, it will close the Tunica Roadhouse Casino, located along the Mississippi River near the Arkansas border and south of Memphis, Tennessee.

The closing comes as Arkansas moves towards casinos after a successful referendum in early November, as well as casino-less Tennessee considering sports betting in Memphis.

Caesars said in a presser that the casino closing was due to “persistent declines” in Roadhouse’s business thanks to increased competition. The property’s 135-room hotel will remain open, at least for now.

“After exploring every other viable alternative, we have come to the difficult but necessary conclusion to cease gaming operations at Tunica Roadhouse in an effort to appropriately position our business for the current market opportunity and ensure the long-term viability of our remaining operations in the vicinity,” Scott Barber, regional president of Caesars Entertainment’s Mid-South Division, said in the news release.

The loss of Roadhouse leaves Caesars with just the Horseshoe Tunica casino-hotel in the local market. Horseshoe and Roadhouse sit adjacent to each other. Caesars closed Harrah’s Tunica in 2014, citing “persistent declines in business and increased competition.”

The writing was on the wall for Roadhouse.

According to the American Gaming Association, total statewide commercial casino gaming revenue in 2017 was $2.08 billion, down 2% compared to 2016. The trade association said that growth on Mississippi’s Gulf Coast was offset by declines in the state’s Mississippi River markets.

State figures showed that the Tunica casinos, along with a property in nearby Lula, Mississippi, took in about $595 million of the gaming revenue (28% of the statewide market). That revenue was down 6% year-over-year. The Tunica market generated more than $1 billion in gaming revenue a decade ago.

As mentioned, Arkansas recently received the green light for Las Vegas-style casinos, to be equipped with sports betting, but racino gaming in the state not far north of Tunica has long been hurting the market.

“[C]asinos in the Tunica/Lula area of Northern Mississippi face competitive pressures from iGaming machines at two Arkansas racetracks, which have been able to attract customers from the nearby Memphis market since gaining approval to add the machines in 2005,” states a 2018 report from the AGA.

Southland Gaming and Racing in Arkansas will become a Las Vegas-style casino.

Mississippi was able to shore up its gaming industry with sports betting, but the handle already seems to have plateaued in the absence of online and mobile options. With that said, sports betting was never really capable of preventing further consolidation in the Tunica market.

Caesars’ flagship property in the market is much larger than Roadhouse. Horseshoe has more than 1,200 hotel rooms and 63,000 square feet of gaming space. Roadhouse has about half the gaming floor space. making it the smallest gambling den in the market.

Roadhouse, which opened in 2009, has only 17 table games and 689 gambling machines, according to the Mississippi Gaming Commission. Horseshoe has 77 tables and 1,020 machines.

Horseshoe has sports wagering, while Roadhouse does not.

Additionally, Horseshoe has about 10 times the convention space.

There are 8,164 gambling machines in the market, along with 248 tables, according to state figures. The absence of Roadhouse will put a small dent into those totals, but the market will still have plenty of gaming.

The Tunica casino market will go from eight to seven casinos, with six of them having sports wagering.

With Roadhouse’s closing, Resorts Tunica will be the only property in the Tunica market without sports betting, but Penn National has it at its other two properties.

Caesars, MGM, and Boyd will all have just one property in the Tunica market. Penn National Gaming could be next to shed a casino, given the fact that its rivals are only interested in one casino apiece.

Resorts appears to be the most vulnerable given its lack of a sportsbook. It also has just three tables.