UFC President Dana White appeared on ESPN Thursday to announce that the promotion doesn't have any plans to scrap upcoming fights. 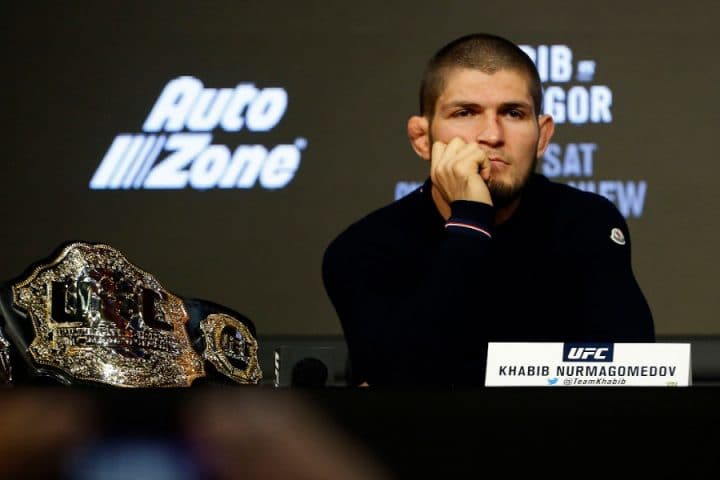 The sports world was rocked this week by the coronavirus outbreak scare as many leagues and organizations canceled or postponed their games and events indefinitely. It was once thought that March Madness, which was canceled, could take place without fans, but that wasn’t in the cards.

The Ultimate Fighting Championship (UFC) and NASCAR are two notable exceptions, with events still slated to run, though spectators will not be allowed in NASCAR and presumably going forward with UFC cards. Historically, combat sports are a minor part of any sportsbook’s business, but it could become the main attraction in the days, weeks, and even months ahead as sports betting enthusiasts have few options.

A UFC card set to take place Saturday in Brazil will still happen, sans spectators after a ban on events with more than 100 people. A UFC card scheduled for March 21 in London will also take place, though no official decision has been made about excluding spectators. A March 28 card was moved from Columbus, Ohio to the UFC’s private 130,000-square-foot production facility in Las Vegas, which opened just last summer. Same goes for an April 4 card that was scheduled in Portland, Oregon.

Dana White, the president of the UFC, appeared on ESPN’s SportsCenter Thursday to give an update. He said that athletes would be tested for coronavirus and that the sport will continue, at least for now.

Notably absent from White’s interview with ESPN, which has an exclusive PPV deal with the UFC, was what will happen to the organization’s April 18 UFC 249 mega-card still set for the Barclays Center in Brooklyn.

The card is over a month away, so a lot can change between now and then, but the odds of fans being in attendance appear long. On Thursday, New York Gov. Andrew Cuomo banned events with more than 500 people. It appears very possible that the card will also be moved to the UFC’s Las Vegas facility, if it happens at all. No UFC athlete has yet to test positive for coronavirus, and it appears unlikely the UFC would let any athlete compete with a known case of the virus. Because of the wrestling component to the sport, fighters often cut significant amounts of water weight, which can greatly weaken the body.

On Friday morning, American Kevin Lee, one of the fighters in Saturday’s main event in Brazil, missed weight by 2.5 pounds, a relatively small but hugely significant breach of the 156-pound limit.

Khabib vs. Ferguson on April 18

Even in the absence of sports cancellations/postponements in the wake of the coronavirus crisis, the April 18 card featuring the long-anticipated Khabib Nurmagomedov vs. Tony Ferguson scrap was going to be a blockbuster for retail and online/mobile sportsbooks, as well as bettors, across many U.S. states.

“I don’t think it would do the numbers of Conor-Diaz, Conor-Diaz 2, or Conor-Khabib,” John Murray, director of The SuperBook at Westgate in Las Vegas, told US Bets in September, “but it could be just behind those three and in the top five of most heavily bet UFC fights we’ve ever seen.”

While no state in the country releases data on the betting handle for a single combat sports event, it is likely, based on the handles of other blockbuster UFC fights, that sports betting markets with online/mobile wagering could see tens of millions of dollars in bets on UFC 249, under normal circumstances.

Both Nurmagomedov and Ferguson are riding 12-fight UFC win streaks in the lightweight division, and the bout would mark the first time two fighters with double-digit win streaks faced off in the promotion. To put it into context, only 10 UFC fighters in history have won 10 or more fights in a row. Five are active.

Nurmagomedov, who is 28-0 when factoring in MMA fights before his UFC days, has quickly become one of, if not the, sport’s biggest international stars. He thoroughly beat Conor McGregor in 2018 to catapult himself to new heights. He’s now in the G.O.A.T. conversation among MMA fans.

Nurmagomedov vs. Ferguson has also been scheduled four other times, with two cancellations apiece for each fighter. The first scheduling was back in 2015. Many fans have long said the fight is cursed, and the fact that it’s now in jeopardy is terrible news for the sport.

Guys @TeamKhabib vs sunglasses is happening April 18th. UFC always find a way with or without fans this fight is going down people at home need entertainment