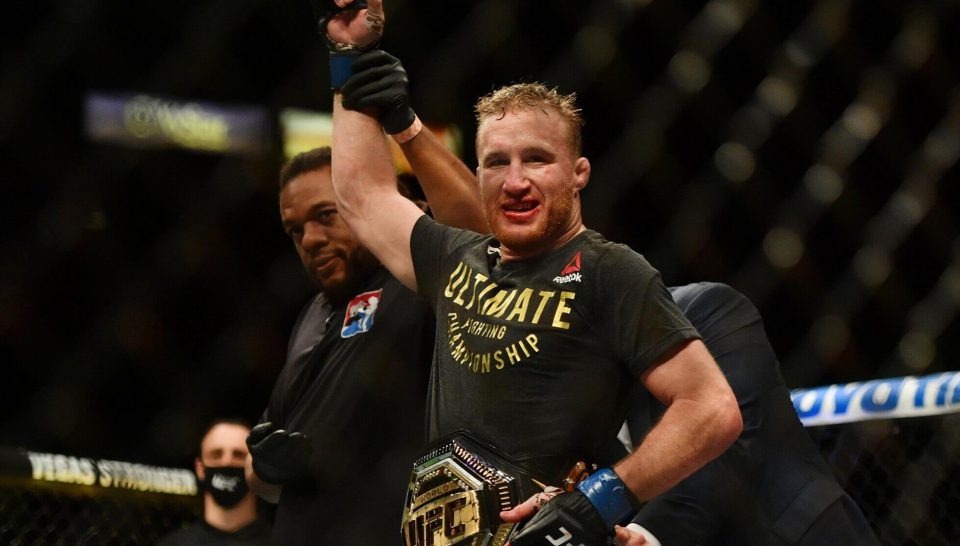 No wonder why sportsbooks make money.

A whopping 25% of the UFC 249 betting handle on FanDuel came via parlays, which can offer huge payouts for bettors but are lucrative overall for the sportsbooks.

FanDuel revealed Friday that one of its online/mobile customers made a $10 parlay bet on UFC 249, which marked the return of live sports on U.S. soil on May 9. The bet won, and the bettor walked away with a $17,914 payday. Not bad for a weekend of gambling.

Nail-biter finish to the parlay bet

What’s even sicker about the wager is that it came down to the final minutes of the final fight, where the bettor needed a finish instead of a decision. Rarely do fights end in a fifth-round stoppage.

The bettor wagered on the following outcomes, all of which came to fruition:

The Oleinik leg seemed highly improbable considering the widespread consensus that his opponent, Fabricio Werdum, was a much bettor version of Oleinik. With that said, an Oleinik win by points had the best value of all of his method of victory options. Werdum was coming back from a two-year layoff, so that may have factored into the bettor’s decision. In hindsight, the logic (assuming there was any) looks brilliant.

Kattar with the KO/TKO win against Jeremy Stephens went heavily against the grain, as many MMA insiders predicted that fight to go to the scorecards. Kattar was the significant favorite in the fight, though.

And then it’s worth highlighting the Gaethje win against Tony Ferguson, who was riding a 12-fight win streak. Most people predicted that if Gaethje were to win it would come by KO/TKO. One regulated sportsbook was offering Gaethje by submission at +2500, an outcome so improbable that it should have been a regulatory violation to offer it at the price. Just kidding, but kind of not really. Gaethje by sub was similar to winning the Powerball, so books were basically printing money on that bet.

Gaethje put a beating on Ferguson in a situation where his chin was too durable for his own good. It would have been better for Ferguson if the fight was stopped earlier. The referee ended up stepping in with less than 90 seconds left in the fight to save Ferguson from further punishment.

We’ll assume the FD bettor was on the edge of his or her seat — or frantically refreshing Twitter for the updates. Pay-per-views are pricey in this economy.

It’s worth noting that many bettors lost their parlays by taking Ferguson on the final leg.

Parlays are great for the house

If you believe all those implied probabilities are accurate, then the parlay hits only a few times out of every 10,000 UFC 249 cards. You could go your whole life never hitting a parlay like this.

The discrepancy is probably due at least in part to the plethora of promotions available in New Jersey, but also quite possibly due to more risk-averse wagering in the Garden State. People are more likely to get reckless gambling in Las Vegas.

At any rate, you won’t ever even sniff pro sports bettor status wagering on parlays, unless you have a side hustle as a bank robber or something that you have under wraps to keep your bankroll flush.

One purported parlay “pro” was so troubled that he threatened to “dismember” professional athletes he was apparently betting on. Yes, that really happened.

Take a shot here and there on a parlay if you think you have some logic behind your selections, but just don’t get tilted to the point where you turn into the sports bettor version of Jeffrey Dahmer.