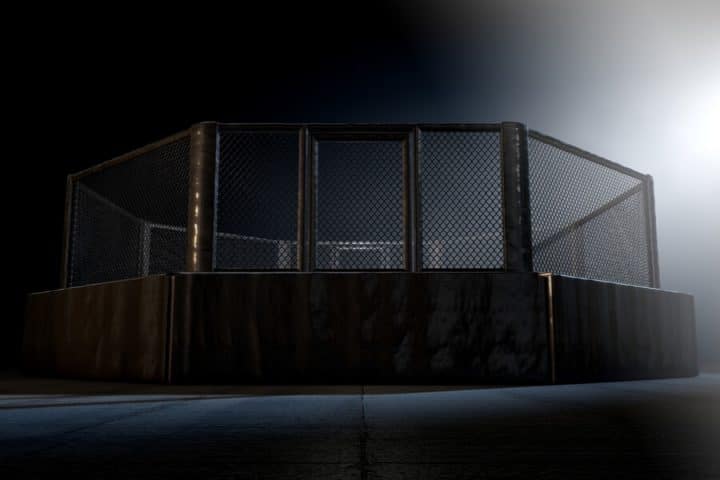 Somewhere in Florida. Those are the three words the MMA community is banking on right now.

The UFC is moving full steam ahead to reschedule its postponed April 18 event for May 9, according to MMA Fighting. It’s reportedly going to be held in the Sunshine State. UFC 249, the April event, was briefly slated to take place at a tribal casino in California, before Gov. Gavin Newsom and U.S. Sen. Dianne Feinstein called for the event to be canceled. Disney’s ESPN, the UFC’s pay-per-view partner, was credited with pulling the plug on the event in the wake of growing criticism.

Florida was rumored to be a possible spot for the April 18 event. So was Oklahoma, but neither came to fruition. Tribes have sovereignty from state governments, but it appears that the UFC wouldn’t need to hold the event on tribal land in Florida. Gov. Ron DeSantis recently relaxed restrictions there, which apparently gives the UFC a window of opportunity to hold the event as long as there isn’t an audience.

Beaches in Florida are starting to reopen as other Southern states have made recent gestures toward reopening some businesses. DeSantis has established a Re-Open Florida Task Force. His executive order implementing a statewide lockdown expires at the end of the month.

UFC 249 is by no means a certainty, but one longtime UFC broadcaster, who also calls Florida home, pegs the chances at 90%. That should be taken with a grain of salt, as the UFC had assured fans repeatedly that the April 18 event wouldn’t be postponed — and it ended up falling through.

With that said, the politics of Florida do appear to greatly increase the chances of the event happening.

The 2020 NFL Draft is giving legal U.S. sports betting firms and their customers a sense of normalcy this week, but the return of basketball and baseball this summer are still very much up in the air.

UFC President Dana White has vowed that his sport would be the first back on TV, even going so far as to claim that he’s making arrangements for a private island that could be used to host fights with international fighters who aren’t able to enter the U.S. Another possible venue for future events is the UFC’s private production studio at its Las Vegas headquarters. Nevada has yet to relax its lockdown rules.

One sportsbook operator in Indiana called the opportunity to take action on a UFC event during the near-total standstill of the sports world a “miraculous coup.” That was before the April 18 event was scrapped at the last minute. Many expect a UFC card amid the COVID-19 pandemic and social distancing would generate extraordinary viewership, as well as a large betting handle in the handful of states with legal online/mobile sportsbooks. Retail casinos across the country are shuttered.

The UFC has postponed several cards worth of fights since the pandemic dealt a huge blow to the sports world in mid-March, so the potential UFC 249 event in Florida could be stacked for bettors.

The card is slated to be headlined by Tony Ferguson vs. Justin Gaethje, both Americans. The anticipated barnburner is for an interim championship belt. While it’s not as high-profile as the Ferguson vs. Khabib Nurmagomedov fight that was originally scheduled and which fell apart after Nurmagomedov became stranded overseas, the main event will still be of immense interest to diehard MMA fans — and of course the casuals.

Other fights rumored for the card: