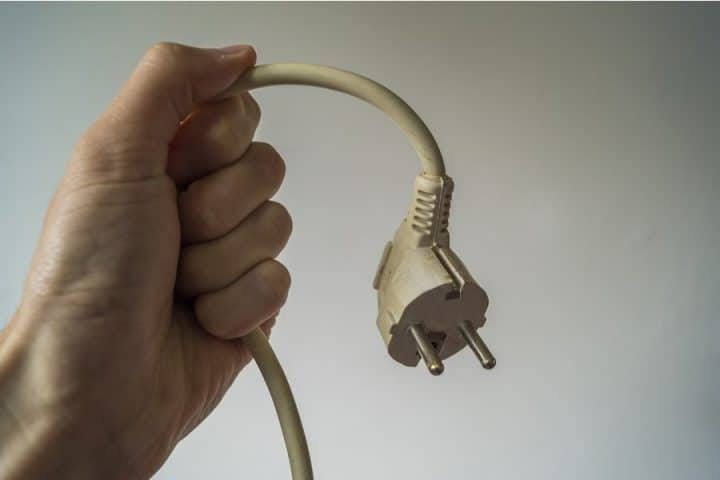 The high-profile decision to abandon the public offering came amid weaker market demand for IPOs. Endeavor, which acquired its stake in the UFC in 2016, initially planned to raise more than $600 mm from going public, only to slash that amount in the lead up to the big day.

According to the Los Angeles Times, Endeavor carries $4.6 billion in long-term debt with total liabilities of $7.2 billion and cash on hand of $830.9 mm. Endeavor was seeking a valuation of about $7.6 billion.

While the market isn’t interested right now, Endeavor’s situation is still interesting in the nascent U.S. sports betting market, which is currently taking off as more states embrace the industry.

According to a 2017 Oxford Economics study, legal sports betting has the potential to generate more than $40 billion in total economic output. In terms of gaming revenue, the U.S. market could one day generate more than $18 billion annually, depending on how states legalize and regulate their respective markets. It’s a tremendous opportunity, and Endeavor intends to be a player.

Endeavor said in an SEC filing ahead of the planned IPO:

“[T]he global sports betting and lotteries industry generated $217 billion in 2018 […] and we believe the industry will continue to grow with further sports betting legalization in the United States and distributors will continue to place a premium on live sports context. In May 2018, the Supreme Court ruled that [PASPA] was unconstitutional […] A number of states have already [legalized], and we expect more to follow. If all 50 states legalize sports betting, it is estimated that the U.S. market could be worth up to $16 billion. This growth in sports betting is a global trend and we expect demand for sports data and video rights to grow as this industry expands.”

Endeavor also touted its “rapidly growing sports data operation” called IMG Arena. According to the IPO prospectus, the Endeavor subsidiary has plans to “provide data and video for more than 45,000 sports events per year to sports betting platforms.”

IMG Arena, which launched in late 2018 in the wake of the PASPA ruling, this week received a sports betting vendor license in Indiana, which will see its first online/mobile sportsbook launch on Thursday. Though far from a major player in the space, IMG Arena is a competitor with sports betting data leaders SportRadar, Genius Sports, and Perform Group. In July, IMG Arena created waves in the industry when it was in talks for a 10-year, $1 billion data deal with ATP World Tour (tennis).

In 2014, Endeavor, then known as WME, acquired IMG Worldwide in a deal worth more than $2 billion.

eSports is expected to be a major growth area for sports wagering in the years ahead, though some states have enacted or considered prohibitions against wagering on eSports. Endeavor touted its “early” eSports entry through a “growing partnership” with Epic Games’ Fortnite.

Prior to acquiring the UFC, Endeavor, arguably best known for its talent agency business, had represented the MMA leader in its domestic TV deals for over a decade. Endeavor bought the UFC from co-founders of a major Nevada casino operator, calling it an opportunity that it couldn’t pass up on.

“When it came time that the Fertitta brothers were willing to sell it, we thought we would uniquely know how to grow that asset,” co-Endeavor CEO Patrick Whitesell said in a conversation with Bloomberg in 2018. “We couldn’t pass that up.”

Whitesell continued: “What was unique about the UFC … there are other MMA competitors, but the UFC is like the sport. It’s very hard to own a sport. The UFC has a unique situation. You are going to see A-level sports properties, whether it’s the ownership of a team or leagues, or the rights to them … niche rights,  [for example] our streaming rights around Australian rugby … I think the monetization of rights are going to grow and of course the big thing that everyone is talking about now is [sports] gambling being approved across the United States. That is going to be a boon for all the sports leagues.”

While Endeavor’s business and portfolio of assets wasn’t attractive as an IPO in the current market climate, the UFC remains a key asset of the company — arguably it’s most important one.

There’s speculation that the UFC could be spun off and have its own IPO.

However, before that, there could be some changes in the works to the UFC thanks to Endeavor’s failed IPO. As MMA journalist Patrick Auger explained in an article for Sherdog.com:

“With its parent company now leveraged more than ever, it wouldn’t be shocking to see the UFC attempt to cut costs and boost revenue even further. This could be done by cutting the size of its roster, increasing ticket costs or reducing fighter wage share even further than what is currently targeted. It could also lead to discussions of spinning off the UFC into its own public company sooner rather than later. While there have been hints for some time now that a UFC IPO could be in the cards, there wasn’t much reason to believe that it would happen until late 2021, when provisions in Endeavor’s acquisition of Zuffa make it much easier to do. Should Endeavor’s mounting debt obligations become a serious problem, however, it could opt to raise equity through a public offering of the MMA promotion, which has much stronger financials that Wall Street could get behind.”

While opportunities in the sports betting space from IMG Arena and the UFC weren’t enough to get Endeavor to the IPO finish line, the firm is one to watch as the sports wagering industry expands.

The UFC is a profitable business, but it could use a boost from sports wagering. Endeavor said in the regulatory filing that 40% of American UFC fans are millennials. The company would surely like a strong base of younger fans, as it’s been reported that its fanbase is aging quickly compared to other sports leagues. Sports betting, though popular across all age groups, is most attractive to millennials.

The UFC hasn’t (yet) picked an official partner for U.S. sports wagering, though it does have a global “poker partnership” with The Stars Group, which powers the FOX Bet sports wagering platform. The online/mobile sportsbook was formerly known as BetStars. The UFC has a long history of gambling partnerships in overseas markets, but none of them have focused on the nationwide U.S. market.

In 2015, the UFC forged a fantasy sports partnership with DraftKings, a potential sportsbook partner for the promotion down the road. DraftKings has been a major player in the league partnership arena.

About a week after PASPA fell in May 2018, the UFC and ESPN announced a deal under which the latter acquired theformer’s linear and digital U.S. media rights for $1.5 billion over five years. The UFC had previously worked with FOX Sports. For what it’s worth, ESPN has a sportsbook partner in Caesars.

While MMA is a niche sport and draws far less betting interest than the major sports leagues, there are opportunities for it under sports betting’s proliferation. It will be interesting to see the path forward Endeavor decides to take with the UFC after the aborted IPO.