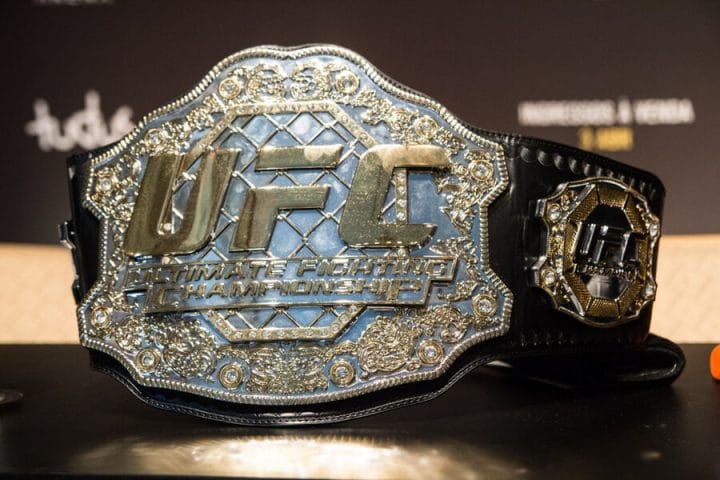 One needs a Rosetta Stone to translate the latest comments from the UFC, but the news looks good.

The UFC appears to be moving ahead with plans to hold UFC 249 on April 18 live on ESPN, now officially headlined by Tony Ferguson (25-3) against Justin Gaethje (21-2) in a high-stakes lightweight showdown.

Nothing is guaranteed until fight day, but the promotion has assured fans and the sports world at large for the past several weeks that it would be the first sport to return to live TV. UFC President Dana White said Tuesday that he has arrangements for a “private island” where it will run UFC fights without fans.

It’s still looking like Ferguson vs. Gaethje happens on U.S. soil ahead of the island location being ready. White told ESPN Tuesday that the infrastructure on said island is being assembled, implying it might not be ready in 11 days. Per White, the UFC would arrange travel to the island for “international” fighters.

White has been mum about potential locations for UFC 249 and other events that he plans to hold in the following weeks. Several high-profile fights scheduled ahead of UFC 249 were scrapped.

“We’re going back-to-back-to-back [weekends], we’re getting back into our regular schedule,” White said. “We’ve postponed three [cards], and we’ll make these fights up. We’ll be back on schedule starting April 18.”

White said that he hasn’t revealed locations because he doesn’t want any location/venue to face a public backlash amid the COVID-19 crisis. Running any sports event right now would surely be controversial, but White, a close friend of President Donald Trump, is famous for embracing such headlines. The UFC has to make sure its athletes and the workers required to run and broadcast the event are healthy and safe.

Some questions about #UFC249 (a thread)

Will the UFC have test kits on hand for fighters?

Will the UFC have test kits on hand for all personnel that come in contact with fighters?

Will the UFC have test kits on hand for flight personnel that come in contact with fighters?

“There’s a lot of creepy people out there, and when they find out the location they start attacking the location and making phone calls,” White said of the lack of transparency in the process of securing a venue.

For what it’s worth, the state of Wisconsin moved ahead with a Tuesday primary in the face of the pandemic, which generated a flood of scathing criticism toward officials in the Badger State.

Would the fight(s) be sanctioned?

When asked by ESPN if there would be an athletic commission involved with UFC 249, White sheepishly said “there’s an athletic commission.” It’s worth noting that the UFC has its own private production studio in Las Vegas where logistically it could hold UFC 249, but on Sunday the Nevada State Athletic Commission said there’s no timeline for when it would sanction a combat sports event.

Because ESPN reported on a “west coast” location, there’s rumor that the event would run on a sovereign Native American reservation in California. Previously, a tribal reservation in Oklahoma was reportedly considered. Florida, also home to reservations, was also rumored but now appears out of the running. The speculation about California intensified when White said that commentator Joe Rogan, who is in California and previously said he wouldn’t be in attendance, would in fact be involved with UFC 249.

Dana White confirms to TMZ that Joe Rogan will be at UFC 249.

The fight was rumored last week, but the bout wasn’t confirmed until this week. Gaethje stepped in as a replacement for current lightweight champion Khabib Nurmagomedov (28-0), who is apparently stranded in Russia and can’t make the fight. Ferguson and Gaethje are slated to fight for an interim championship belt.

#forthepeople I’m terrified and I fucken love it. #ufc

Ferguson, who is riding a 12-fight win streak, is a 2/1 favorite against Gaethje.

It’s worth noting that Ferguson trains in California while Gaethje is based out of Colorado.

While Ferguson-Nurmagomedov was set to be a blockbuster fight for sportsbooks and their customers, the new matchup will surely generate significant betting interest at U.S. legal online/mobile sportsbooks, thanks in large part to the absence of competition from any other sporting events. There is likely significant pent-up demand for wagering on a live sports event. Belarusian soccer doesn’t really cut it.

The other fights on the card are still scheduled to take place, including the highly anticipated rematch between former strawweight champions Rose Namajunas and Jessica Andrade. Big names such as former NFL player Greg Hardy, a heavyweight, and featherweight veteran Jeremy Stephens are also on the docket.