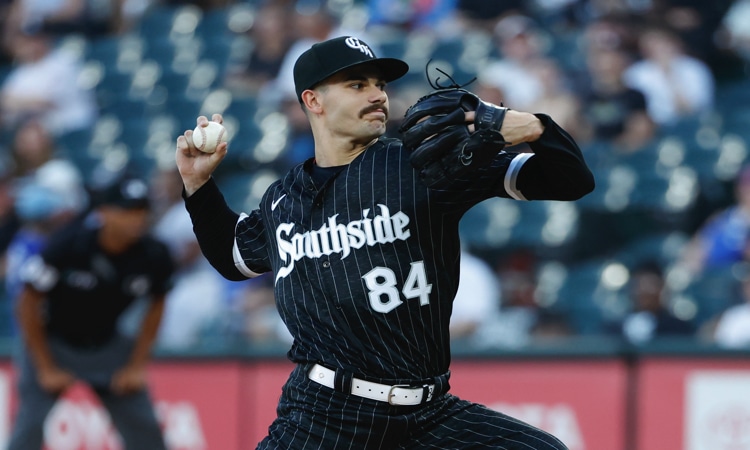 There’s always one team, regardless of sport, that finds a way to underwhelm for a good portion of the season relative to expectations, before — usually — getting its act together to live up to the hype. As the Major League Baseball season inches to its midway point, that team is the Chicago White Sox.

The reigning American League Central champions were strong preseason favorites to repeat as division winners, as the best value bettors could get the weekend before the season began was -195 at DraftKings. They were also shortlisted to win the AL pennant, between +460 and +550, and among the top five World Series options. The White Sox, though, have been dealing with injuries from practically the start of the season and enter play Thursday with a 33-34 record and in third place in the division, 4 1/2 games behind the Cleveland Guardians.

Add in the fan discontent involving some of manager Tony La Russa’s in-game decisions, and the White Sox pose a quandary for bettors who still may be convinced they can right themselves and at least win the division. Simply put, are the White Sox worth a wager?

Injuries continue to pile up, and it shows in the numbers

Chicago was able to overcome injuries to key offensive components last season to win the AL Central by 13 games, but that has not been the case in 2022. Eloy Jimenez, who was limited to 55 games last season, has played just 11 in 2022 and been sidelined the last two months with a hamstring injury. Yoan Moncada is on the injured list for the second time this season and been limited to 29 games. Tim Anderson has already been on the injured list twice, once for COVID and once for a strained groin.

Unfortunately, the White Sox lost more than just the game on Wednesday.

When will it stop?

Injuries have also impacted the pitching staff. Lance Lynn, who won 11 games and posted a 2.69 ERA last season, just made his second start of the season, after more than two months away with a knee injury. Lucas Giolito also had two stints on the injured list and has been inconsistent when healthy, with a 4-4 record and 5.40 ERA. Closer Liam Hendriks is on the injured list, and reliever Joe Kelly — a key offseason acquisition — is another player with two previous stints there.

Year over year, the White Sox have gone from fifth to ninth in the AL in runs scored and second to eighth in on-base percentage. While they have gone from fourth to second in batting average, it is actually lower than 2021. Chicago is on pace to hit 140 home runs this season, after it belted 190 in 2021, and no one on the team has reached double figures this year.

And yet, the price may be right for an AL Central title

Despite the spate of injuries, there are multiple reasons the White Sox could prove to be a judicious play for the division title. For starters, the AL Central is still is a mediocre division. Recall that last year Chicago was the only team to finish above .500, and currently both Detroit and Kansas City are playing sub-.400 ball.

Another is a back-loaded schedule that affords the White Sox every opportunity to gain on the teams ahead of them, directly and indirectly. Chicago still has 16 games remaining against second-place Minnesota and 14 versus Cleveland. The White Sox have already run their gauntlet against the quality teams of the AL East, while the Guardians have 19 games remaining versus the Yankees, Red Sox, Blue Jays, and Rays, and the Twins still have 11 such matchups to play.

And with the return of Lynn, plus veteran Johnny Cueto pitching well since his call up in May, the White Sox have the deepest rotation in the division, even with Giolito yet to find his groove. Dylan Cease’s 5-3 record does not do him justice, considering his 2.68 ERA and AL-leading 13.14 strikeouts per nine innings. Cease also has the eighth-worst run support average among AL pitchers. Michael Kopech has largely lived up to the hype, while being brought along slowly, with a 2.38 ERA in 12 starts and an average of nearly a strikeout per inning.

Sportsbooks have not counted the White Sox out of the AL Central race, as some still have them as the favorite to win the division, but the offerings available now are significantly better than when the season began. The leader of the bunch is FanDuel, which has Chicago at +170, the second choice to Minnesota (+145).

Caesars is offering the White Sox at +155, slightly behind the Twins (+150). PointsBet has the top value among books still listing Chicago as the top choice, with the Southsiders +140 to repeat. DraftKings and BetMGM also have the White Sox as their projected division champ, offering +135 and +130, respectively. DraftKings is the lone book still offering a yes/no option for the White Sox to make the playoffs, with the split -165/+135.

Could Cease be a sleeper AL Cy Young candidate?

For bettors confident Cease can continue to pitch at an elite level — he has given up just five home runs in 74 innings, after he served up 20 in 165 2/3 innings last season — now may be the time to weigh his Cy Young Award futures.

The Kambi platform powering BetRivers and Barstool Sportsbook currently offers the best value, at +2500, with DraftKings and PointsBet a joint second, at +2200. FanDuel is at +2100, but Cease can still be grabbed at +2000 at practically every other book.