Under a partnership with Magnus Carlsen, Unibet has doubled down on its commitment to legal betting on the world's top chess events. 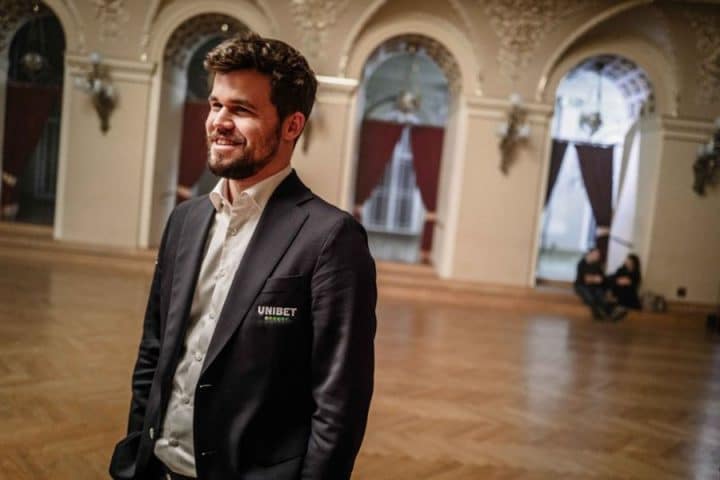 Chess wagering via regulated online/mobile sportsbooks in the U.S. might have taken one step closer to becoming a reality under a major sponsorship deal announced Thursday.

Unibet, an online sports gambling brand active in the nascent Pennsylvania and New Jersey markets, announced a roughly two-year sponsorship deal with Norwegian Magnus Carlsen, the reigning world champion and widely regarded as one of the most dominant players in chess history.

Carlsen, who defeated American Fabiano Caruana in the 2018 FIDE World Chess Championship match, will defend his title later this year, potentially against Caruana once again. The Candidates Tournament this spring in Russia will determine who faces Carlsen for the most distinguished title in chess.

Unibet, a sports betting brand belonging to the Malta-based Kindred Group, is one of the top Europe-facing platforms for legal wagering on chess. It sponsored the World Chess Championship match in 2018, but not Carlsen himself. The Carlsen deal is dubbed a “global sponsorship,” and it will apply to markets where Unibet can operate legally. Ironically, that doesn’t apply to Carlsen’s home country.

Though there is some subtle luck in chess (often called a “mind sport”) at the super grandmaster level, the game is about as close to pure skill as one can get. The Unibet-Carlsen deal is designed to foster the sportsbook’s reputation as an “expert betting brand.” The book wants to attract analytically minded bettors.

Chess was once more popular in America, thanks to the Bobby Fischer-inspired chess boom of the 1970s. The U.S. chess legend was world champion from 1972-75. Though that era is long over, the game is still popular, with some estimates of 15 mm Americans having at minimum a casual interest in the game. The game has also found a home among the Twitch streaming community.

There hasn’t been an American world champion since Fischer, but five Americans currently have a 2700+ rating. A 2700 rating, of which 36 players globally have the distinction, is considered the super grandmaster level. The U.S. is a chess powerhouse, and there would be another uptick in popularity for the board game if Caruana, who is nipping at Carlsen’s feet in the ratings, becomes world champion.

Globally, there are an estimated 600 mm chess enthusiasts, and the Carlsen deal will be aimed at building Unibet’s brand around the world. Carlsen, who has held the world No. 1 rating since 2010, is the most recognizable player in chess, even over Caruana in the United States.

“We see great potential in building a stronger market position towards the hundreds of millions of chess fans around the world, as well as all other online gamblers who understand and appreciate the value of gaining an advantage by digging into data and researching facts. Since 2014, Unibet has communicated that ‘luck is no coincidence,’ celebrating those players who rely on research and statistics to make informed decisions. Magnus is a perfect fit,” Rhodri Darch, Kindred’s chief commercial officer, said in a statement.

For a handful of years, Unibet has offered both pre-game and in-game chess betting markets.

Chess betting markets in the U.S.?

The Carlsen sponsorship presser made no reference to the growing U.S. legal sports betting market, which is regulated at the state level. The U.S. opened for business thanks to a mid-2018 Supreme Court ruling.

Still, Unibet is eyeing legal chess betting in the U.S. if state gaming regulators allow it. Currently no state allows legal wagering on the world’s top chess events. Dennis Mullen, director of Sports Wagering and Paid Fantasy Sports for the Indiana Gaming Commission, told US Bets that the Hoosier State would consider the market upon a request to book action by an operator.

Many U.S.-facing sportsbooks already take action on niche sports such as darts.

Manuel Stan, SVP of Kindred’s U.S. sports betting arm, told US Bets Thursday that Unibet is prepared to offer the chess market in New Jersey or Pennsylvania if/when there is regulatory approval.

“To the extent that the regulators in each state will allow chess betting, Unibet will be keen to improve our offering to allow our U.S. customers to bet on top chess events worldwide,” Stan said.

It appears only a matter of time before legal chess betting markets open up in regulated jurisdictions in the U.S. Whether it will be in time for the 2020 FIDE World Chess Championship match is up in the air.

The match, which is a best-of-14 contest with a tiebreaker, doesn’t have a location yet.