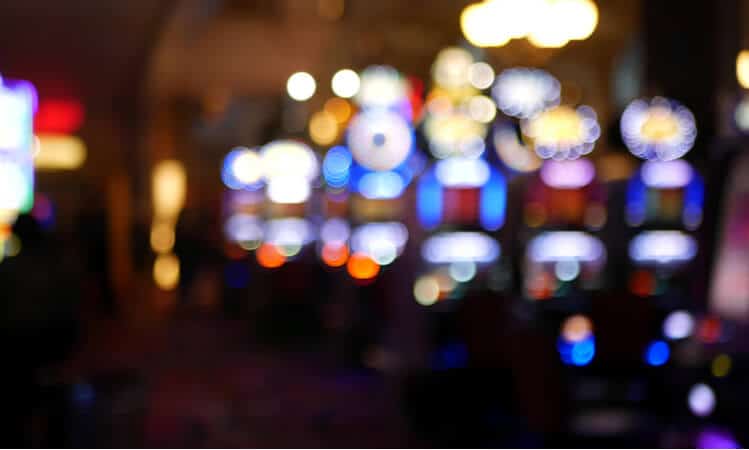 The second major wave of the COVID-19 coronavirus is being felt heavily by the U.S. casino industry as we head into the Thanksgiving holiday. It could be a long winter.

According to the latest tracking from the American Gaming Association, the casino industry’s top lobbying group on Capitol Hill, 111 commercial and tribal casinos across the country are shuttered temporarily due to the deadly virus that has killed more than 260,000 people in the U.S.

Every casino in the country was closed early this spring, before they started to gradually reopen their doors in May. Tribal casinos are regulated by the federal government, which means they don’t have to follow the same rules as the commercial casinos, which can be shut down by order of state or local government. In Michigan, for example, many of the tribal casinos remain open despite the Detroit casinos having been ordered to close for several weeks, along with some tribal casinos voluntarily agreeing to shut down.

There are nearly 1,000 casino properties nationwide. At no point since the total retail casino shutdown in April have all the properties reopened. At peak reopening in October, around 100 casinos were still closed, according to the AGA tracking of the closing and reopening landscape.

The pandemic has been brutal on casino industry win.

Through the first 10 months of the year, the commercial casinos won $21.6 billion, down 36.5% compared to the same period in 2019, according to data compiled by the University of Nevada Las Vegas Center for Gaming Research. Nationwide gaming revenue of $3.3 billion in September, which includes online casino and online/mobile sports betting that some states are enjoying as lifelines for their respective industries, was down 13.7% compared to September 2019.

The decrease of 13.7% was the best month for the commercial casino industry since nationwide win fell nearly 100% in April. It was gradually improving as retail casinos started to reopen (as well as the sports world returning, to the benefit of sportsbooks), but the trend will soon reverse due to the latest rounds of closings. Nevada and some other states have forced casinos to further slash their capacities, delaying a possible total shutdown. Some critics say it is just delaying the inevitable.

Silver State casinos, along with their mobile sports betting apps, won nearly $5.6 billion from gamblers through September, down 38% from the same nine-month period a year prior. The decline was greater than the nationwide average decline of 36.5%. Nevada accounted for 26% of the nationwide win through September. In 2019, the Nevada casino industry accounted for 26.5% of total industry revenue.

There is no official data from tribal casinos, which before the pandemic won around $30 billion from gamblers annually, about two-thirds of what the commercial casinos generate.

For now, the retail casinos in Pennsylvania and New Jersey will remain open, with the exception of Philadelphia’s one casino being closed by local order. Fortunately, they have robust online gambling options should their properties go offline once again.

Buoyed by online gambling, New Jersey gambling win of $1.94 billion through September was down 24.5%, a far better performance than the nationwide average. It was similar for Pennsylvania, with statewide win of $1.9 billion down 25.4% year-over-year.

The casino market hit least hard by COVID-19 was South Dakota’s, but it’s not because of online gambling. The 8% year-over-year decline to $73.4 million through September was due to the casinos there facing relatively relaxed COVID-19 restrictions. The casinos in Deadwood, S.D., were the last commercial properties in the country to close earlier this year.

Mississippi saw $1.28 billion in winnings through September, down about 23%, as the state took the virus less seriously than other states in terms of restrictions. Mississippi has sports betting but not over the internet.

Online gambling didn’t arrive soon enough for Michigan, one of the hardest-hit markets due to the pandemic. Gambling win was down nearly 60% through September. Fortunately for the industry, online gambling (casino, sports, and poker) is expected to launch in the coming weeks.

Despite its online casino and sports betting, West Virginia struggled mightily. Its gaming revenue of $269.8 million through September was down 42% year-over-year. Due to a small population, and likely sub-optimal internet access and lower incomes, online gambling hasn’t been as successful a tourniquet there as elsewhere.