The lottery industry is taking some hits in the media, and on Monday an anti-gambling group wrote a letter asking states to suspend sales. 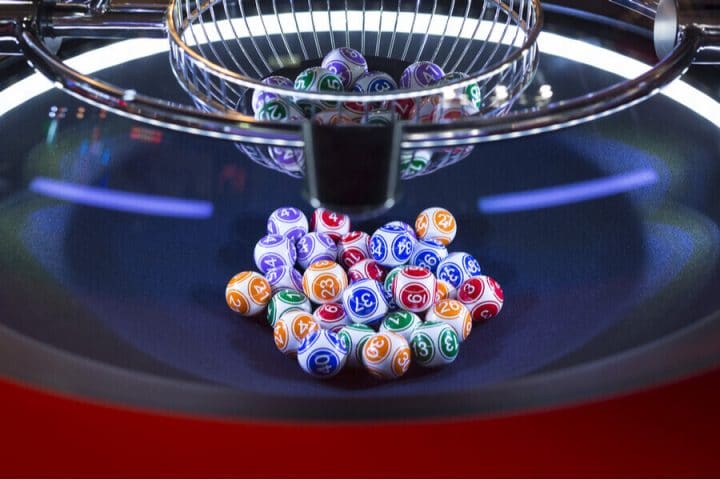 A D.C.-based group is calling for all state lotteries to suspend their operations due to the COVID-19 crisis.

Stop Predatory Gambling, which has been a familiar face at online gambling hearings on Capitol Hill over the years, on Monday sent a letter to governors of states with lotteries. SPG National Director Les Bernal said in his letter that federal relief money sent to families could be used to “subsidize state lotteries.”

Bernal called for lotteries to temporarily shut down by arguing, in part, that people shouldn’t be able to spend their stimulus checks on that form of state-sanctioned gambling. Casinos across the country have closed, sports betting has come to a near standstill, and only four states have some form of legal online casino gaming. That has left the lottery as the only widespread form of gambling still active.

It’s starting to take its lumps.

“We are writing to call on you to immediately shut down the marketing and selling of all state lottery gambling games until the financial turmoil caused by the coronavirus has passed,” Bernal said.

U.S. industry was at record levels prior to COVID-19

According to Pew Research, U.S. lotteries had $91.3 billion in sales during fiscal year 2019. From that amount, about $25 billion went to state and local governments “for services such as education, infrastructure, health care, pensions, conservation, and elderly assistance.” Players received back $52.8 billion in the form of prizes. The remainder was used for administration and compensating retailers.

In Pennsylvania, for example, the state’s retail and online lottery uses all of its proceeds to fund programs that benefit older residents, including low-cost prescription assistance, free and reduced-fare transportation, property tax and rent rebates, and home-delivered meals, among others. Those in favor of state lotteries argue that such services will be especially crucial after the pandemic is over.

It’s worth noting that SPG isn’t the Coalition to Stop Internet Gambling, a group funded by Las Vegas casino mogul Sheldon Adelson. SPG actually labeled Adelson a “hypocrite” on its website. It’s also worth noting that Adelson is the driving force behind the federal government’s reinterpretation of the decades-old Wire Act that has put state lotteries on edge. That issue is still playing out in the courts.

The U.S. lottery industry has taken some hits from national media in recent weeks. Criticism has been leveled against the games because states have the let the sales continue while ordering closures of other businesses. Lottery tickets are commonly sold at grocery stories and gas stations, which have been labeled as “essential” businesses amid the pandemic (as they should be). Many lotteries have closed their brick-and-mortar claims centers, however, leaving winners to mail in their tickets to claim larger prizes.

While SPG’s position and letter is apolitical, as well as consistent with its mission, some of the criticism against lotteries appears to be explicitly political. Michigan’s lottery specifically has been the subject of criticism from FOX News at a time when Gov. Gretchen Whitmer, a Democrat, has dealt with protests over her response to the crisis. The protests, egged on by the White House, are over a perceived government heavy-handedness, which includes the banning of certain commercial activities (but not the lottery).

The criticism will likely dissipate and lotteries will remain open, as states are starving for revenue.

NCPG with a neutral position

Another responsible gambling group on Capitol Hill, the National Council on Problem Gambling, has a more nuanced position right now. The NCPG told US Bets that it is neutral to what SPG called for in its letter. The NCPG offers numerous services for compulsive gamblers, highlighted recently by a webinar on COVID-19’s impact on the community of the minority of gamblers in need of help.

“NCPG is and will always be neutral on legalized gambling, so we don’t support or oppose SPG’s call to shut down state lotteries,” NCPG Executive Director Keith Whyte told US Bets.

All but five jurisdictions in the U.S. have a lottery.

According to Whyte, “the best way to help people with the disorder of problem gambling is to ensure that problem gambling prevention, education, treatment, enforcement, research, and recovery services are available, affordable, and accessible to all.”

He added that “problem gambling, like other diseases of addiction, can unfortunately never be eliminated.”