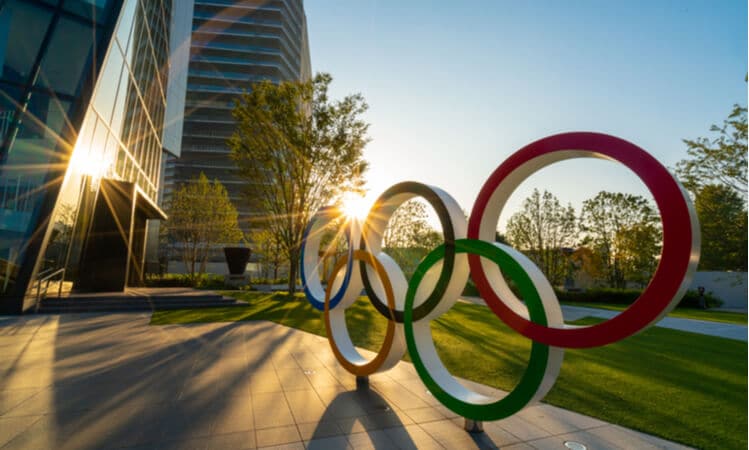 The Olympics Games, set to kick off in Tokyo, Japan late next month, look to be a go, despite strong local opposition due to lingering concerns over COVID-19. The Olympic trials in the U.S. are currently ongoing, with the highly anticipated trials for the sport of track and field to begin Friday in Oregon.

Top regulated sportsbooks in the United States are taking action on the Olympic Games, but not the trials, despite some states allowing it. Indiana and Tennessee are two leading sports betting markets that have the trials approved on their respective betting events lists. However, the likes of Michigan, New Jersey, and Illinois don’t allow wagering on the trials, according to their respective lists.

DraftKings Sportsbook, which is live in 10 states, confirmed to US Bets that it won’t offer wagering on the trials. Other top players in the sports betting industry such as FanDuel and BetMGM also don’t have the market on their respective websites.

DraftKings didn’t provide a reason to US Bets, but it’s relatively clear why: the regulatory environment for the Olympic trials isn’t uniform. The juice doesn’t appear to be worth the squeeze here.

It can be logistically challenging for a sportsbook to offer wagering on an event in one state while the same event is prohibited in another. Indiana vs. Illinois is a good example here because they share a border. With the Olympic trials likely to produce relatively meager betting handle, and thus revenue, it’s not worth it for a sportsbook like DraftKings or its leading rivals.

A sportsbook risks a fine if it makes the mistake of even temporarily allowing wagering on a prohibited sporting event, even if the event is totally in the clear in another regulated sports betting market. We’ve seen this many times so far in the three years since the U.S. Supreme Court struck down the Professional and Amateur Sports Protection Act of 1992. Many of those violations involve collegiate sports, with states having a wide range of rules on wagering on those events. It can be a headache for a bookmaker.

Another thing to consider headache-wise is that the trials have minors competing. For example, a 15-year-old high schooler is competing in the trials for the women’s 800 meters. States also have varied rules about allowing wagering on events involving even a single minor.

Status of the Games

As we mentioned earlier, it doesn’t look like virus concerns will put a stop to the summer Games at this point, which were already postponed from last year due to the pandemic. Lots of money is on the line on the Olympics. Scrapping them now would be devastating financially.

Organizers are still mulling over whether spectators will be allowed at the event.

According to reporting Thursday from the Associated Press, Japan has spent as much as roughly $30 billion to get the Olympic Games ready to kick off. “Estimates suggest a cancellation could cost the IOC $3 billion-$4 billion in lost broadcast rights income” alone, the report said.

NBCUniversal, which airs the games domestically in the U.S., reportedly accounts for about 40% of the IOC’s total income. NBCUniversial and sportsbook PointsBet have a partnership for gambling. PointsBet also doesn’t have any wagering on the Olympic trials, according to its website.

U.S. regulated online/mobile sportsbooks are eager to take action on their first summer Olympics, which should provide a solid handle and revenue source ahead of the NFL season and in the wake of the NBA Finals. While there is quite a bit of fanfare for the trials, they aren’t worth it for the top books.