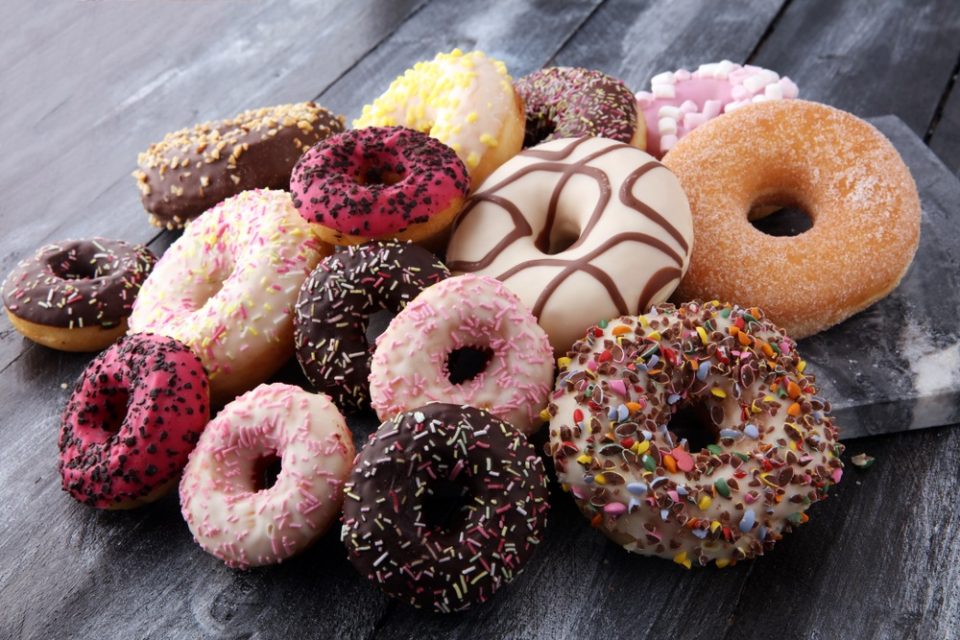 For better or worse, most of the staff here at USBets.com either lives in New Jersey or its surrounding areas, or are frequent visitors to the Garden State.

While this means we have to endure I-95 rush hours that last half the day, unfair association with bad reality TV programs, faux tough guys, and volatile winters, we also gain access to some of the best Italian food in the U.S. (sorry New York) and are uniquely positioned to comment on the burgeoning sports betting industry.

From start to finish, New Jersey was the driving force behind the fight for legal sports betting, ultimately resulting in May’s landmark U.S. Supreme Court decision in Murphy v. NCAA, which saw the federal ban on sports betting lifted.

Since, New Jersey has been at the forefront of the industry, being the only state to go live with both physical sports books at its casinos/racetracks and mobile/online sports betting options.

Throughout we’ve been at the scene at just about every book opening, and have formed deep opinions on which book we like best. With NFL Season fast approaching, it’s time we shared those opinions, in an effort to help residents and visitors to the Garden State pick their poison.

So USBets.com staff, I ask you: If you had to pick just one sportsbook to wager at this NFL season, which do you choose?

Three of our staff are natives of New Jersey, with Senior Analyst John Brennan racking up quite the E-ZPass bill traveling to just about every sportsbook launch under the sun. I myself have taken the more lethargic route, sticking to the local books and online.

This is difficult, because while I have been to all of the brick-and-mortar casino and racetrack sites, most of them are temporary facilities.

I want to pick Borgata, because it already had a horse racing simulcast site that was expanded to add a sportsbook — and horse players are some of the most colorful characters on Earth. Plus you can go there anytime and find signs of life. Some of the Atlantic City casino sportsbooks are just dead at off-times.

But seeing the NY Giants at 15/1 to win the Super Bowl at Borgata where some places are 40/1 is a bridge too far. So I’ll instead pick the Meadowlands Racetrack, which also is renovating but already had a full-scale sports bar/nightclub — and it has those salty dog simulcast bettors right outside the sportsbook doors for 12 hours a day.

I’m inclined to think Play Sugarhouse is the definite way to go. So far the only real downside to its sportsbook seems to be weak lines (and they aren’t alone there), but as a brand it has a great track record with player satisfaction so there is ample reason to expect that its one weakness will be an easy area to focus on improving.

If the lines improve even moderately, which is fairly likely, then the value of the strong loyalty program at Play Sugarhouse is more than enough to tip the scale.

I’d like to think of myself as a smart gambler, even an advantage player on my best days. Therefore, my inclination is to always be on the lookout for the best value.

Then again, I don’t have nearly the desire to spend hours in the lab dissecting sports. So with sports betting, I think I’ll let my inner degen drive my decision making and go with Play SugarHouse.

Of the NJ sports betting apps I’ve seen, Play SugarHouse appears to do the best job of making sports betting fun. Yes, the interface is a bit unwieldy, but once I got used to it I found it vivid and chock full of in-play bets — the exact kind of bets I want to make.

All of which isn’t to say Play SugarHouse doesn’t provide a heck of a lot of value, it’s just that the value is more hidden behind the scenes. The lines…aren’t great, and while I did find a smattering of value plays (tip: look for when the favorite is around -200), the new player deposit bonus (1x wagering) and loyalty program are just phenomenal. I also enjoy that the sports betting site and its loyalty program are integrated into the op’s online casino.

Of course it doesn’t hurt that I’m a top level VIP on the site — something that I don’t know if I should be ashamed of or wear as a badge of degen honor.

On the day of a NJ online sportsbook launch, Managing Editor Eric Raskin, who lives in Pennsylvania, can be found just over the New Jersey border at his favorite Starbucks.

I’m going with DraftKings Sportsbook, and you can chalk this up as a win for convenience and comfort. We asked a couple of weeks ago how much being first to market matters, and for me, right now, it matters quite a bit. DK Sportsbook is where I already have money in my account. It has a user interface I’ve gotten used to. All other things being equal, that’s where I’m going. Especially if I don’t have to pay the unofficial time/money vig of driving to a casino or racetrack and can place my bets from my phone as long as I’m inside state borders.

For the most part, the lines aren’t more than a few cents different for NFL Week 1 across the NJ sportsbooks, but there is one particular bet I have my eye on, and the payout is ever so slightly better at DK Sportsbook than it is at FanDuel’s land-based book at the Meadowlands. Houston is +240 on the moneyline at New England on DK (compared to +235 at Meadowlands), and I think the Texans, with improved health at several key positions, are a much more live ’dog than that. I’d be inclined to bet them at +200, so +240 is a no-brainer. I also like the Bengals at +148 on the moneyline at Indianapolis, and if you want to parlay the two road underdogs together on DK Sportsbook, you can turn $100 into $843.

CEO Adam Small and Administrator Bill Grinstead hail from Georgia, but Small is known to cross up into New Jersey and degen on the Divine Fortune slot machine. Will he drag Bill along on his next venture to Atlantic City to get some advice on sports?

I’m online all the way. I like being able to check in on my bets on my iPhone and remember everything I’ve picked, and to see my winnings show up there right away. OK, well, my losings, usually.

So right now, it’d almost certainly be DraftKings. I already have my account there for DFS that usually has some money in it, and with shared wallet features I don’t have to make an additional deposit anywhere. Plus I like the idea of making more fantasy-like bets, focused on player performance rather than game outcome. I’d probably be on there all game long figuring out new things to bet on while tracking my fantasy lineups and other bets I’ve made.

I’ll admit, while I’ve made plenty of trips to Vegas and New Jersey, and spent considerable time multi-tabling online poker, I’ve never done much sports betting. Of course, being located in Georgia, that’s not a legal possibility anyhow. However, on my next trip to New Jersey, I think I would gravitate toward placing my bets at DraftKings Sportsbook. I’m not one to spend much time crunching numbers trying to squeeze out an edge on the right matchup. I’m more in it for the gamble, or the chance to make a big score, however remote the possibility. That said, where sports betting is concerned, I’d be looking to the site that offers the most prop bets, which, for me, would be the most fun option. I think DraftKings excels in that area.

Maybe we’re just lazy — or too tired from keeping up with the latest sports betting news — but 5 out of 6 staff members agree that online sports betting is the way to go. Small sample size, sure, but this signals to me that while the land-based books may be flooded on game day, most of the regular action will go online.

Up next: Find out how much the staff at USBets.com lost on NFL Week 1 sports bets. Actually, scratch that idea, fellas, it may be embarrassing.