Dr. Seth Fishman could face 20 years in prison, according to the Department of Justice 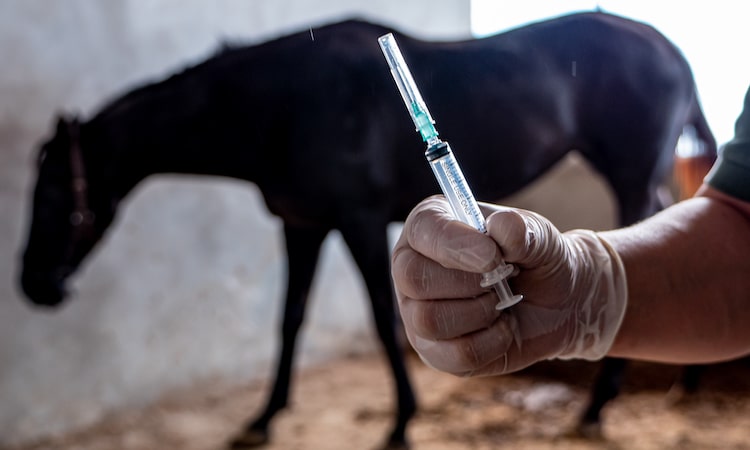 Nearly two years after the U.S. attorney for the Southern District of New York shook the horse racing world with indictments related to doping accusing 27 trainers, veterinarians, and other participants in the sport, the first verdict in the expansive case came Wednesday.

According to a statement from the Southern District, veterinarian Seth Fishman was convicted “on two counts of drug adulteration and misbranding, with intent to defraud and mislead, in connection with a nearly 20-year scheme to create and distribute ‘untestable’ performance enhancing drugs.”

Fishman’s trial lasted 11 days, with a prosecutor in closing arguments Tuesday telling the jury Fishman “was a drug dealer, not a veterinarian.”

“The jury’s swift conviction of Seth Fishman reflects the overwhelming evidence of his guilt as displayed through this trial,” U.S. Attorney Damian Williams said in the statement. “As an ostensible veterinarian — sworn to the care and protection of animals — Fishman cynically violated his oath in service of corrupt trainers and in the pursuit of profits.

“Through the sale of untested, unsafe, and unstable drugs, Fishman’s illegal drug business was a platform for both fraud and animal abuse. Today’s conviction appropriately condemns the danger inherent in Fishman’s crimes and underscores the seriousness with which this office takes the kind of abuse that Fishman practiced.”

According to the Southern District statement, Fishman faces up to 20 years in prison and will be sentenced at a later date by District Judge Mary Kay Vyskocil.

There were several revelations and twists in the trial, including Fishman’s unexplained hospitalization, which caused him to miss court. There was also mention, through FBI wiretaps, of conversations Fishman had about setting up a “program” with Sheikh Mohammed bin Rashid Al Maktoum’s Dubai Equine Hospital. The ruler of Dubai, or “Sheikh Mo,” as he is referred to colloquially in racing circles, also owns global racing and breeding power Godolphin and has been accused of kidnapping his own family members.

The case of Fishman’s co-defendant, Lisa Giannelli, was declared a mistrial during the proceedings after her attorney contracted COVID-19.

While the Fishman decision is the first verdict linked to the 2020 indictments, several others involved have either pleaded guilty or struck deals to testify for the prosecution. Successful thoroughbred trainer Jorge Navarro pleaded guilty to drug charges in August, then was sentenced to five years in prison and ordered to pay $25.8 million in restitution.

The other prominent thoroughbred trainer indicted, Jason Servis, is expected to face trial as part of a third wave of court proceedings at some point this year. Servis trained Maximum Security, the horse who was infamously the first to be disqualified from a Kentucky Derby win for interference during the race. (Dancer’s Image was disqualified from his Derby win in 1968, but for a drug positive.)

Both Navarro and Servis were charged in the indictment with “conspiracies to manufacture, distribute, and administer adulterated or misbranded drugs.” According to the Southern District’s statement, “Servis doped virtually all horses under his control, including Maximum Security.”