Virginia is on the cusp of legalizing sports betting and it could bring online/mobile betting by the end of 2020, pending regulations. 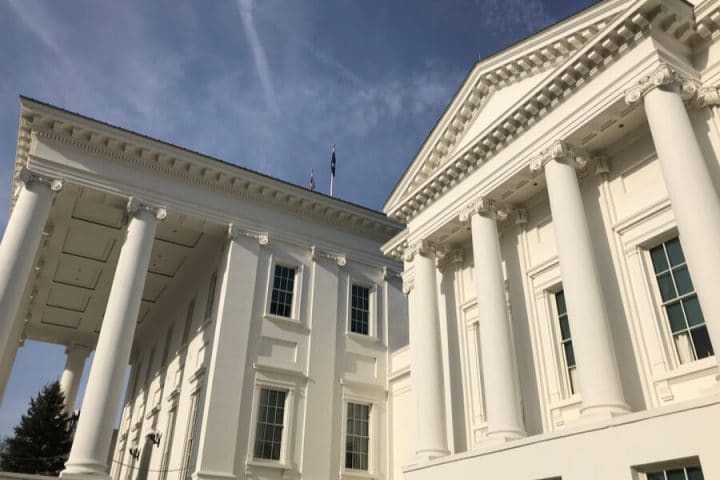 The state of Virginia took a major leap forward Sunday with gambling expansion.

Lawmakers sent legislation to Gov. Ralph Northam, a Democrat, for his John Hancock. The legislation calls for both retail and online/mobile sports betting. In a blow to the legislation and a win for the illegal market already existing in the state, Virginia won’t allow bets on its in-state colleges and universities.

Another problematic provision in the new law calls for bans on all college props, even for out-of-state teams.

According to local reports, online/mobile sports wagering in Virginia could kick off in 2020, as regulations designed to oversee the industry will be adopted in the early fall.

If Northam signs the legislation, Virginia will be the 22nd state in the nation to allow some form of legal sports wagering. Fourteen states are active with betting, while the other eight are awaiting launch. Virginia follows in the footsteps of the state of Washington this calendar year. The floodgates for legal sports betting opened thanks to a mid-2018 U.S. Supreme court ruling that struck down the previous federal ban.

Virginia isn’t home to any casinos, but it has a lottery. The legislation hitting Northam’s desk calls for five casinos, and each could be equipped with a sportsbook. The legislation marks the end of a casino debate in Richmond that dragged on for years.

Under the legislation, pro teams in Virginia could be granted a license for retail and online/mobile sports wagering. That provision appears designed to woo Dan Snyder, owner of the NFL’s Washington Redskins.

The Redskins are headquartered in Virginia, though they still play in neighboring Maryland. Snyder is in the process of lobbying Maryland lawmakers for involvement in that state’s sports betting market.

In early February, a representative for the team testified to Maryland lawmakers about the idea. Snyder has threatened to move the team’s future stadium out of Maryland if he doesn’t get what he wants. A bill sitting on the table in Maryland was recently amended to allow a year-round sportsbook at FedEx Field.

The Virginia bill possibly sets up a high-stakes fight for where the team’s new stadium will be located.

Right now, the Maryland bill calls for a much heftier $2.5 million licensing fee.

Virginia might not be a powerhouse state when it comes to sports teams, but it was projected in 2017 by Oxford Economics to have a sports betting market potential of $5.2 billion in annual handle. That would put it slightly behind where Nevada is at currently. Virginia has a much larger population and is an affluent state.

That $5.2 billion assumed statewide online/mobile books and a 15% tax rate on sportsbook revenues, which impacts odds and lines. However, the study didn’t contemplate a ban on wagering on in-state collegiate sports, which will dampen the market potential. No state provides a breakdown between professional and college sports betting handle, so it’s difficult to quantify the impact on Virginia in dollars.

Virginia is the most populous state in the country without a major pro sports team, so therein could lie the desire to lure Dan Snyder into a new stadium in Northern Virginia. Despite no major pro teams, the state is close to some popular franchises and many of its residents do have teams to follow.

A ban on in-state collegiate team wagering isn’t unheard of. New Jersey, which is quickly becoming the nation’s hottest sports betting market, doesn’t allow bets on its colleges and universities. However, that rule will be more pesky for Virginia sportsbooks.