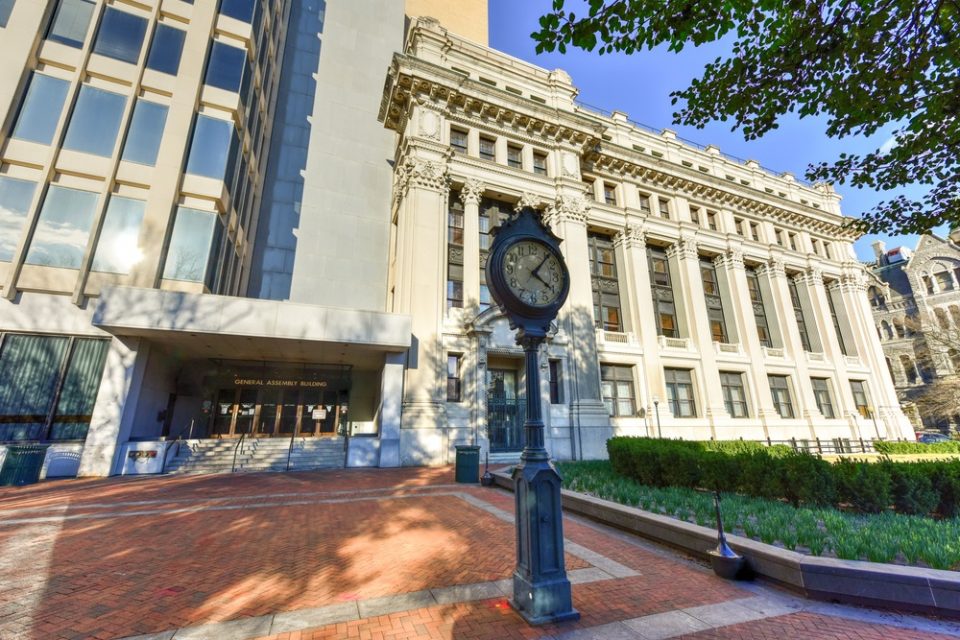 Despite not having any casinos, the state of Virginia will look at sports betting in 2019.

Legislation was prefiled Tuesday that would put the betting under the oversight of the state lottery. The legislation is House Bill 1638, and it comes from Del. Mark Sickles, a Democrat from Fairfax.

“This legislation provides a framework for an open, transparent and responsible market for legal sports betting,” Sickles said in a statement. “It will protect consumers while generating revenue to allow Virginia to compete for major research projects that create jobs and help to diversify our economy away from over-reliance on federal spending.”

The legislation is currently awaiting referral to a committee in the House of Delegates.

In addition to allowing the Virginia Lottery to go online, the legislation would direct the lottery to regulate internet-based sports betting platforms. Businesses looking to operate sports betting under the lottery’s thumb will need to pay $250,000 for a three-year permit ($200,000 for renewals).

Virginia would be able to issue up to five sports betting permits. The legislation doesn’t mention sports betting at any of the 5,000 lottery retail locations sprinkled around the state.

A permit holder’s sports betting revenue would be taxed at 15%.

Under a 15% tax rate and internet sports betting adoption, Virginia is projected to see $5.2 billion in annual handle and $380 million in revenue, according to a study last year from Oxford Economics.

That would result in nearly $60 million to Virginia coffers.

In fiscal year 2017, the Virginia Lottery had $558.3 million in profits. The lottery benefits from Virginia not having any casinos, though there have been separate talks about allowing those. Earlier this year, the Pamunkey Indian Tribe began working toward a casino in Virginia after securing federal recognition.

HB 1638 doesn’t mandate a royalty for the sports leagues paid by the lottery or permit holders.

The bill states that a whopping 95% of the sports betting tax revenue will go to the “Major Research Project Sub-Fund”, which supports research at state universities. Sickles is a member of the Virginia Appropriations Subcommittee on Higher Education.

The remaining 2.5% of tax revenue will go to help problem gamblers.

Another interesting tidbit: Sickles’ bill would allow the Virginia Lottery to “enter into contracts with other states related to sports betting.”

You’d have to be at least 21 to wager on sports in Virginia. Additionally, the legislation bans athletes, coaches, trainers and referees/umpires from betting. Sports betting permit holders and anyone working for the Virginia Lottery also couldn’t bet.

Furthermore, any employee of a professional sports team is barred from wagering.

Violators could be charged with a Class 1 misdemeanor, punishable by up to a year in jail.

Betting on Virginia college teams and youth sports would be banned. Virginia doesn’t have any pro sports teams, but there are many franchises nearby in the region. The NFL’s Washington Redskins have their training facilities and operational headquarters in Northern Virginia.

Like every other state that has passed sports betting legislation or is considering doing so, you would have to be physically present in Virginia to wager with one of the state’s permit holders.

Sickles’ measure is the only one on the table right now. However, Virginia State Sen. Chap Petersen, a Democrat from Fairfax City, told the Virginia Mercury that he’s also eyeing a proposal.

Likely to be similar to the Sickles’ bill, Petersen reportedly has a different plan for the tax revenue. He reportedly wants to create the “Virginia Sports Gaming Tuition Reduction Act,” which would help the community college system rather than the universities.

Petersen also wants some of the tax revenue to go to local governments. The Sickles’ plan wouldn’t directly return any sports wagering revenue to communities.

Thankfully, Sickles and Petersen are members of the same political party, so any debate among Virginia Democrats on where the money should go probably won’t be too contentious.

It’s worth noting that the Sickles bill doesn’t mention the potential $700 million tribal casino complex. Should that project clear the remaining hurdles, it could complicate Virginia’s sports betting plans.