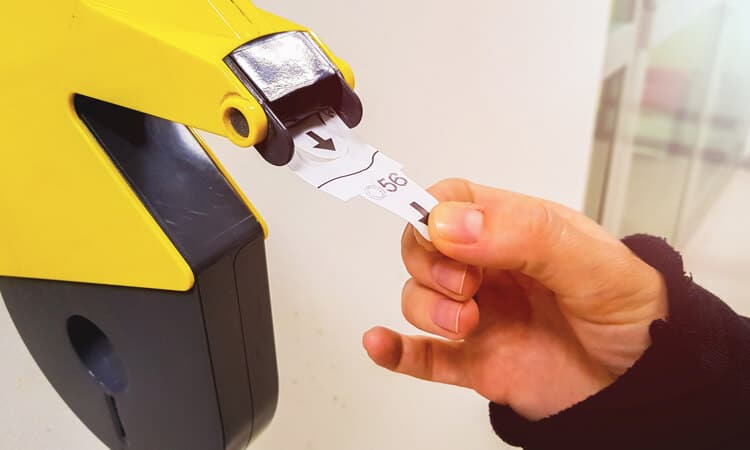 In a span of less than 24 hours on Thursday and Friday, the 12th largest state in the nation by population — Virginia — and the 10th largest — Michigan — both took their first regulated online sports wagers.

This one-two punch bringing mobile betting to more than 18 million new citizens feels like a tipping point. (Or at least the latest in a series of tipping points.)

More than 27% of the country’s population now has access to legal mobile sports betting in the state in which they reside. Thirty-five percent of the country now has access in their home state to either mobile or retail sports betting. Add in those people in states without sports betting who live close to the border of states that have online wagering, and we’re somewhere close to the halfway mark in terms of what percent of the population is no more than a lunchtime errand’s drive away from placing a legal sports bet.

All this in the first 32 months since the U.S. Supreme Court deemed PASPA unconstitutional.

Photo finish: Virginia over Michigan by a nose

It qualified as a minor upset when, at 2:30 p.m. ET on Thursday, Virginia became the 14th state or district to go live with online sports betting.

After all, Michigan had been on the precipice for months and at one point seemed poised to cross the finish line before the end of 2020.

But FanDuel Sportsbook, given “substantial and preferred consideration” according to a Virginia Lottery spokesperson, cut the line in Virginia. Being a partner of the Washington Football Team has its privileges.

FanDuel came out firing with the sort of “free money disguised as a bet” offer that is common in new wagering states, offering even money (with a maximum bet size of $50) that either LeBron James or Giannis Antetokounmpo would score at least one point in Thursday night’s Lakers-Bucks game.

Before long, FanDuel will have competition in the Old Dominion State. The law reads that there can be “a maximum of 12” online betting licenses, though a loophole that doesn’t count operators tied to professional sports organizations toward that cap could push the number higher. According to the Virginia Lottery, 25 potential operators have applied for a license.

In any case, FanDuel’s earlier-than-expected arrival in Virginia bumped Michigan down to the 15th jurisdiction to begin mobile wagering when 10 sites all had clearance to launch — and sway customers with plus-EV offers — at once at noon on Friday.

After this busy launch week, the question becomes, who’s next? Which state will be No. 16 as we march closer to a majority of Americans being able to bet on sports from the comfort of their couches?

Three contenders on the podium

It would appear there are three realistic contenders to make it a sweet 16.

The frontrunner is Maryland.

With both Washington, D.C., and Virginia now offering sports betting, there’s pressure to get Maryland up and running and keep those tax dollars in-state. In November 2020, voters approved a referendum by a nearly 2-to-1 margin to allow both retail and mobile betting in the Old Line State. But there’s no regulatory framework yet. The General Assembly reconvened on Jan. 13.

State Sen. Craig Zucker, who had introduced a sports wagering bill in March 2020 that passed in the Senate but didn’t make it through the House before the COVID-19 pandemic interrupted the process, said earlier this week of Maryland sports betting, “My hope would be to have it up and running sometime over the summer.”

If that timeline is hit, Maryland is likely the answer to the question of which state is No. 16.

A second contender, albeit it probably is no more than a fringe contender, is South Dakota. The state has two things in common with Maryland: Voters approved a sports betting referendum in November, and there’s no regulatory framework in place yet. Unlike Maryland, we don’t know if mobile betting is going to be part of the picture. All we know is that the online option hasn’t been explicitly ruled out.

The South Dakota legislature’s guidelines are expected to be presented to the public on July 1. The chances of SD having mobile wagering before MD seem remote (no pun intended), but can’t be dismissed entirely.

The third contender is Georgia, which is a dark horse in the sense that no sports gambling legislation has been passed in the state yet. A bill was, however, filed in the state last week, and there’s a swirling sentiment that such a bill — for mobile-only sports betting in the casino-less state, just like what Tennessee offers — could move swiftly.

The 2021 legislative session in Georgia ends in early April. If a bill passes and is signed by Gov. Brian Kemp, sports betting operators can begin to apply and the GA Lottery would have 90 days to process an application.

In Tennessee, getting from that point to the finish line — the actual launch of sportsbooks — took about a year and a half. So perhaps hope that Georgia will begin taking sports bets as soon as the early fall is a tad overly optimistic.

Still, the Peach State is in the mix. Experts consider it one of several states, along with Connecticut, Massachusetts, Ohio, and Arizona, with a strong chance of passing legislation during this calendar year, but Georgia stands out from that pack in terms of the possibility of fast action.

This is Maryland’s race to lose, but Georgia has a shot at being the surprise 16th state if Maryland should happen to move at a terrapin’s pace.