A hearing Wednesday in Virginia featured an update on where the state really stands on sports betting legalization in 2019. 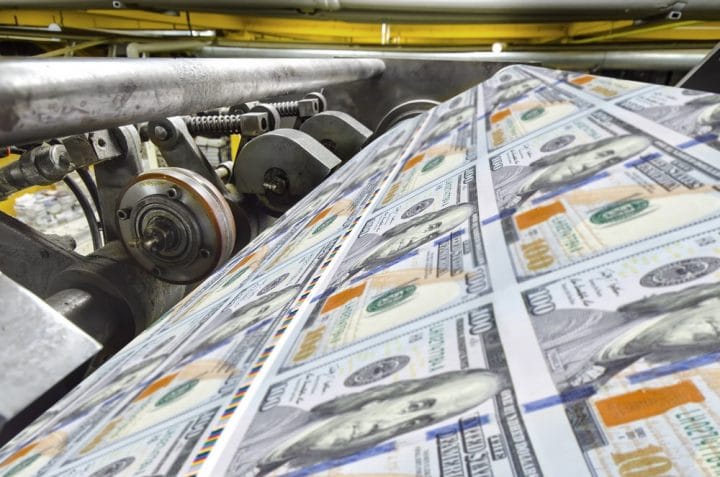 A group of Virginia lawmakers convened Wednesday morning to consider whether to cast votes to move a sports betting proposal along in the legislative process, but a lack of consensus on how sports betting would be set up has so far delayed the measure from the Senate committee vote.

The Virginia Senate Finance Committee meeting in Richmond tackled a plethora of legislation unrelated to gaming, but sports betting was high on the priority list and the issue featured lively debate.

State Sen. Chap Petersen, a Democrat, pitched his proposal, SB 1238, which he referred to as the “brick-and-mortars bill.” His legislation calls for retail brick-and-mortar sports betting venues, but no online/mobile availability. Petersen’s legislation cleared the General Laws and Technology Committee on Monday.

While Petersen didn’t say that his bill could be altered to include online platforms, he did acknowledge that internet-based wagering should at least be considered. Separate proposals in the Virginia House of Delegates call for the establishment of online sports betting.

The dynamic created some visible friction during the committee meeting.

During Petersen’s comments before the committee, fellow state Sen. Frank Wagner, the Republican sponsor of SB 1356, sought to prevent Petersen’s measure from advancing. Wagner’s proposal calls for the Virginia Lottery to run sports betting, while Petersen’s calls for giving the reins to private entities.

Another key difference is that Wagner’s proposal calls for online wagering, albeit through the lottery.

Wagner said his legislation “is in direct conflict” with Petersen’s proposal.

There are other important differences when you get into the weeds of the proposals, but they diverge right out of the gate with regards to who runs a potentially lucrative opportunity for the commonwealth.

Wagner told his colleagues that he believes his proposal would more greatly benefit the state of Virginia. Petersen disagreed, effectively calling for new investment in Virginia.

Wagner lamented that Petersen’s work and education on the sports betting issue has come through his time with lobbyists, while he (Wagner) has had to push his proposal as a one-man team because Virginia Gov. Ralph Northam, a Democrat, has declined to take a position on sports betting, which means the lottery is also not taking a position. Wagner’s proposal, which also cleared the General Laws and Technology Committee this week, would be greatly aided by backing from the governor.

Northam has indicated he wants to commission a $175k study of the gambling opportunities for Virginia, including brick-and-mortar casinos, so his silence on the issue isn’t surprising at this juncture.

With ideas for mobile sports betting platforms in both legislative chambers, Petersen indicated Wednesday that he’s warming to the fact that online is necessary for a Virginia sports betting industry to stay competitive with neighboring states.

So, Petersen said he isn’t sure what an appropriate tax would be for online sports betting revenue. His legislation calls for a 10% retail sports betting tax on a licensed vendor’s adjusted gross revenue.

While Wagner was advocating for his plan over Petersen’s, Wagner was also insistent that his state act relatively quickly on the issue. If Virginia punts the issue too far down the road, “we’re going to find ourselves in a saturated [regional] market,” Wagner warned.

Based upon what was said at Wednesday’s hearing, consensus will be needed on the Senate proposals before any could advance. Sen. Emmett Hanger, a Republican co-chair of the Finance Committee, indicated he’d like to hold off on a vote until there’s alignment on the issue.

Two other state senators, Republicans Frank Ruff and Tommy Norment, made comments today that indicate both are interested in a state study of gambling before approving new public policy.

Norment, a co-chair of the Senate Finance Committee, is also the current Republican Majority Leader of the Virginia Senate. Normet assured lawmakers at the hearing that he isn’t against gaming or the expansion of it in Virginia, but his message indicated that the brakes are indeed pumped on sports betting in 2019.

Norment is open to gambling, as long as it’s done the right way, in his opinion. His district includes the Colonial Downs horse-racing track, which has been eyed as a sports betting venue.

To make matters even more complicated at this juncture, there’s technically a third sports betting bill in the Senate Finance Committee, SB 1126. However, that measure calls for Las Vegas-style casino gaming regulated by the lottery, so it’s very different from the sports betting-only bills.

It will be noteworthy what the Senate Finance Committee ends up doing with the proposals before it. A vote to move sports betting along in the process could come this week, but that’s no guarantee. The results will be a good temperature reading for where gambling stands in the Senate, setting the stage for real momentum next year.

The Virginia General Assembly ends its regular session near the end of next month, so the window is closing for movement on legalizing sports betting. The governor-backed gambling study has a November 2019 deadline. Another important date is Nov. 18, which is when pre-filing legislation for 2020 kicks off.

While Virginia sports betting legalization is very unlikely this year, perhaps drawing dead, we could know by year’s end what kind of odds there are for 2020, based on what emerges in the next proposal or proposals.