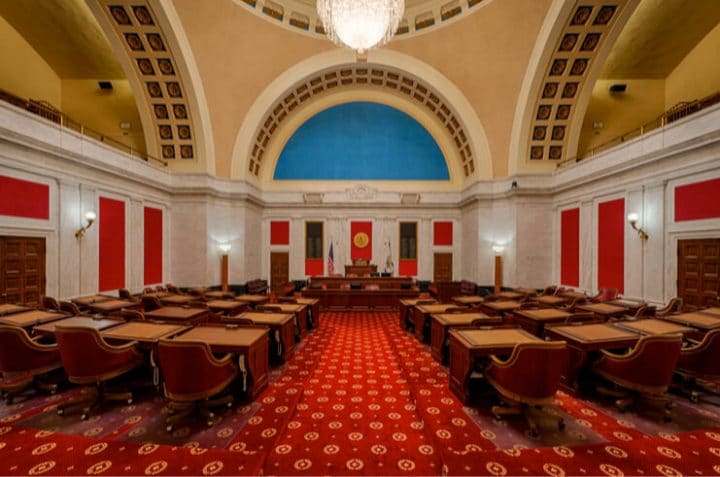 West Virginia is all in on being among the most state-of-the art gaming states in the country.

On Friday, the second-to-last day of the 2019 regular session, the West Virginia Senate passed an online casino gambling bill by a 26-7 vote, sending it to the desk of Gov. Jim Justice, a Republican, after the House concurs on the final version. Only minor changes were made during its time in the Senate.

The measure, HB 2934, cleared the House last month. If Justice either signs the measure or lets it become law without his John Hancock like he did with sports betting, West Virginia would be just the fifth state in the country with legalized online poker. It would also become just the third state with both mobile sports betting and online casino gambling.

Additionally, West Virginia would be the first state since 2017 to legalize online casinos.

iGaming has passed the WV Senate. The House will concur with the Senate and it will head to the Governor's desk. Congratulations to everyone involved the past few years in both sports betting and iGaming. WV is ahead of the curve. It feels good to say that. #wvpol

Under the bill, the West Virginia Lottery would regulate online casino gambling offered by the state’s five casinos. The casinos would pay a 15% tax to the state. West Virginia anticipates $5.9 mm each fiscal year in the form tax revenue from online gaming, “upon full implementation.”

The brick-and-mortar casinos, through technology partners, would be able to offer slots, table games, and peer-to-peer poker over the internet statewide. Geolocation technology would keep the games intrastate.

The proposed tax rate was previously at 10%, before an amendment in the House raised it to 15%. There was a relatively fierce debate in the House about a proposed amendment to raise the rate to a far less industry-friendly 35%. Some lawmakers said that the bill would have been effectively dead had that been adopted. Fortunately, it was voted down.

The Mountain State bill, dubbed the West Virginia Lottery Interactive Wager Act, will take some time to implement. The online casino games likely wouldn’t launch until late this year, at the earliest. The bill becomes effective in 90 days.

The bill requires that the Lottery “examine the regulations implemented in other states where interactive wagering is conducted and shall, as far as practicable, adopt a similar regulatory framework through promulgation of rules.”

Despite the federal government’s Wire Act memo posing a potential problem for the interstate sharing of online poker players, West Virginia joining the mix could be an important component to a comeback for the offering that only 10-15 years ago was among the most popular forms of online gambling.

Pennsylvania has delayed its online casino launch until the summer thanks to the Wire Act opinion, but those games are coming. By year’s end, there could be five states with regulated online poker, three of which (Nevada, New Jersey, and Delaware) share some players, assuming that activity isn’t shut down in order to minimize legal exposure until the Wire Act memo is defeated by one or more court challenges.

Michigan, Kentucky, and New York also have online poker legislation on the table this year. The legislation in the Wolverine State stands a good chance in 2019, but efforts in the latter two states are unlikely to result in passage this year.