The West Virginia House of Delegates voted Friday to send an online gambling bill to the Senate for consideration. It would legalize iPoker. 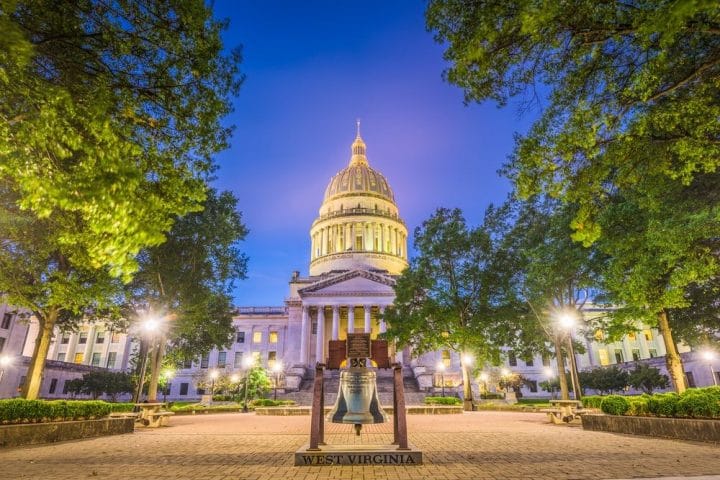 Online casino gambling legislation moved quickly through the West Virginia House of Delagates this month. On Friday, a piece of legislation calling for online casinos cleared the House by a 72-22 vote.

The vote sends the measure, House Bill 2934, to the state Senate for consideration. Del. Shawn Fluharty, a Democrat sponsor of the measure, was thrilled with the development. It’s been years in the making for the state. A committee vote this week saw the defeat of a proposed amendment to raise the online gaming tax rate from 15% to 35%, a change that was opposed by the state’s gaming industry.

iGaming cruises through the House by a vote of 72-22. May those 22 receive 7/2 off-suit on a regular basis. ** fist bumps @JasonBarrettWV **

In addition to the 15% tax the state’s gambling facilities would pay on their internet gaming revenue, a license for online betting would cost $250,000.

West Virginia is one of eight states with sports betting, and only one of a scant few with mobile betting.

Internet poker industries are active in only Nevada, New Jersey and Delaware, and merely one of the operators accessible in all three states (Caesars) pools players.

Pennsylvania legalized online poker in 2017, but the games haven’t debuted yet. West Virginia would be the fifth with legislation legalizing online poker. It plans to share online poker liquidity.

Another section of the bill states:

Kentucky has an active sports betting and online poker bill slowly moving through its legislature. Michigan was on the verge of legalizing online poker, but the departing governor vetoed the bill in late December. The state will try again this year, but a bill has yet to be reintroduced.

New York is also home to an online poker proposal in 2019, but its prospects are relatively dim.

The West Virginia legislation makes no reference to the recent federal Wire Act memo, which is the subject of litigation. That’s in stark contrast to the online gambling bill in Michigan last year, which mentioned the Wire Act on its very first page. West Virginia is truly calling the Trump Administration’s bluff.

It has the political capital to.

Without going too far down the political rabbit hole, it’s worth mentioning that West Virginia is a very GOP-friendly state. If its legislators and governor end up authorizing online casino gambling, including poker and sharing players with other jurisdictions, it’s hard to imagine an enforcement action against either West Virginia or any of its operators.

The Wire Act never came up during a committee hearing this week on HB 2934.

Whether the pooling of players with other online poker states makes it past the Senate is an open question. Additionally, thanks to the surprise veto in Michigan last year, no one should assume this kind of legislation will be signed by West Virginia Gov. Jim Justice, a Republican.

The bill could be in trouble if the Wire Act memo causes him concern.