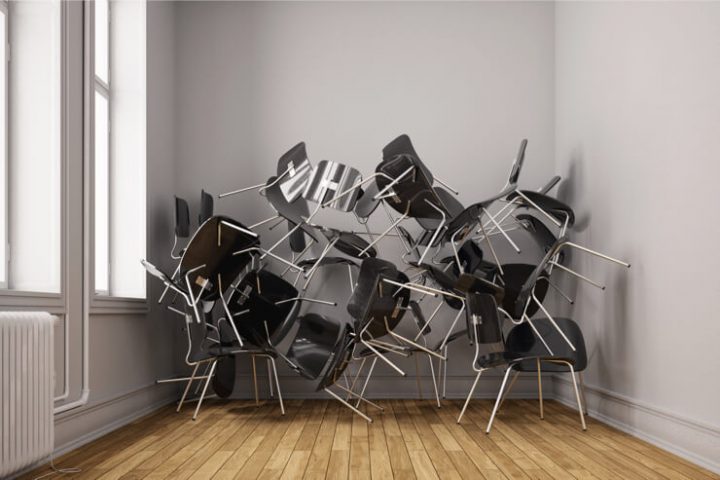 West Virginia officials have been working feverishly to get legal sports betting up and running at the state’s five gambling properties before we get too deep into football season. But even as some of them have opened their doors, there remains an ongoing tug of war over how the revenue pie will be divided.

“Chaos” is the way John Cavacini, president of the West Virginia Gaming and Racing Association, described the current situation to US Bets on Tuesday. A battle looms on whether state lottery officials — who regulate sports betting in West Virginia — will try to impose a special fee that would be paid to operators of various sports leagues.

“We don’t think that there is a legal way that the Lottery could supercede the Legislature,” Cavacini said. “But I am convinced they are going to try.”

The deadline for the Lottery to announce changes to the current temporary regulations looms on October 7.

Leagues on a fee mission

Like a handful of other states, West Virginia legislators passed a sports betting law even before the Supreme Court issued a landmark U.S. Supreme Court ruling in May that opened the door for any state to mirror Nevada’s full-scale sports betting offerings. That law passed in March, and Cavacini said some leagues had been seeking a piece of sports betting revenues since the legislature resumed session in January.

That sliver — anywhere from 0.25 to 1 percent of total handle, or amount wagered — has been called an “integrity fee” or a “royalty fee.”

But Nevada casinos historically have offered no such fee for more than a half-century, and a visit by representatives of MLB, the NBA, and the PGA Tour to the New Jersey statehouse in Trenton in June was met with disdain by a state Assembly committee chairman.

The West Virginia bill passed without a fee, with Gov. Jim Justice allowing the bill to become law without signing it. Justice owns The Greenbrier, an exclusive resort that has been home to a PGA Tour event for years as well as training camp for the New Orleans Pelicans of the NBA and two NFL teams. That resort is now offering sports betting to its members and guests.

“At the original meeting back in November 2017, we were all on the same page — no integrity fees,” Cavacini said. “Then the governor stepped in to support the fee.”

Cavacini said that “borders on an ethics situation,” since some of Justice’s clients would be recipients of those dollars.

“It’s not good for the governor to try to mandate this — to benefit one group and hurt another,” Cavacini said.

The sudden, recent departure of Lottery Director Alan Larrick and the suspension of Lottery Managing General Counsel Danielle Boyd also has frustrated Cavacini as well as a number of state lawmakers.

“Danielle wrote the bill, and she is the most knowledgeable person in the Lottery,” Cavacini said while alleging that the disciplining of Boyd was due to her lack of enthusiasm for an integrity fee.

Cavacini said that a few months ago, a lobbyist for MLB/NBA/PGA began a meeting with about 50 legislators and lottery and casino officials by saying that he had come down from New York to “make a deal” — and without such a deal, the organizations would have no choice but to begin running negative advertising about how West Virginia sports betting threatened the integrity of MLB games in the eyes of fans.

“It went downhill from there,” Cavacini said. “They did a terrible job of lobbying the Legislature overall — they didn’t have two votes out of 134. The only votes against the bill were from an anti-gambling position.”

A spokesman for the sports leagues told US Bets that they choose not to comment.

Another complicating factor in Cavacini’s eyes is that Larry Puccio, who led Justice’s transition team, also reportedly is registered as a lobbyist for the MLB/NBA/PGA alliance.

West Virginia will permit each property to have up to three “skins” for online sports betting, which currently is live only in Nevada and New Jersey. But Cavacini said that given the current tumult, “we have never even discussed that yet.”

FanDuel Saved Face — For Itself And The Whole Sports Betting Industry

Groundhog Day In D.C. For Backers And Foes Of Sports Betting Expansion