Westgate Mixing It Up For Poker Players With A WSOP Alternative

Mixed Game Festival from Oct. 4-7 offers a little something for those seeking more than just hold’em 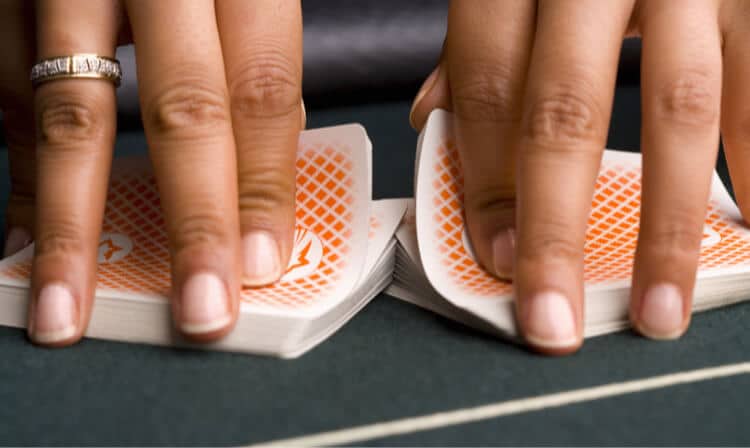 If you’re looking for the biggest poker event in Las Vegas this fall — the one with the most players, the most prize money, the most tournaments, and the most media coverage — well, you know exactly where to go.

But four-figure and five-figure buy-ins, played against thousands of other players in massive convention spaces, with the great majority of the action coming in the no-limit hold’em variant, aren’t for everyone. Enter the Cardplayer Lifestyle Mixed Game Festival, running for four days concurrent with the World Series of Poker. This lower-stakes alternative takes place at the Westgate Resort & Casino, a couple of miles away from the Rio All-Suite Hotel & Casino.

After the opening weekend of the World Series of Poker is complete, the Mixed Game Festival will kick off on Monday, Oct. 4. The event features three days of dealer’s choice cash games and concludes Oct. 7 with a $200 buy-in tournament in the five-game fixed-limit mix known as H.O.R.S.E.

A festival nearly two years in the making

Strazynski, a fixture in the poker media community who lives in Israel but has made his share of trips to Vegas during WSOP season, has been sitting on this idea for quite a while. Most of us in the U.S. know March 11, 2020, as “the day everything changed” in terms of the COVID-19 pandemic. Strazynski knows it as the day immediately after he had to make a tough COVID-influenced decision.

But he sat tight on announcing the event, and before long realized it — like the in-person WSOP — wouldn’t be happening in 2020. It’s instead materializing 16 months after he’d originally planned, and like the World Series, the continuing pandemic will impact certain guidelines.

While the WSOP went the route of requiring proof of vaccination, and in turn not requiring masks, Westgate and CardPlayer Lifestyle have to operate under a different set of rules.

“Nevada Gov. [Steve] Sisolak has made it clear that his state will closely be adhering to CDC recommendations,” Strazynski explained. “The WSOP falls into a special category as a ‘large event,’ which the Cardplayer Lifestyle Mixed Game Festival does not. As such, we and Westgate will be following the current Nevada state protocols of all patrons having to wear masks indoors whether vaccinated or not.

“Rules are rules — we’ll follow them — and I’m sure it won’t take away from the fun atmosphere.”

The more Nevadans vaccinated, the quicker our economy can recover. I continue to be encouraged by the businesses and organizations leading this effort, including @WSOP. https://t.co/VDXmjZXVhD

That fun atmosphere is what lies at the heart of the Mixed Game Festival. This isn’t about sweating out river cards that could swing your bankroll by hundreds of thousands of dollars. The emphasis with low stakes mixed cash games is on having a good time and getting the opportunity to play forms of poker that are typically hard to find.

There will be eight tables, each eight-handed, in action at Westgate during the first three days of cash games, bumped up to 18 tables for the H.O.R.S.E. tourney (so, max capacity is 144 entrants, plus alternates).

“I’m expecting a full house for the tournament,” Strazynski said, “and I’m hopeful that we can keep the cash games at capacity for as many hours as possible each day. Westgate has assured me that so long as games are running, they will be appropriately staffed to handle the crowds. They’re also encouraging folks to use the Poker Atlas app to get on waiting lists.”

In an interesting twist, the cash games are not just potentially a good tuneup for the tournament, but also present an opportunity to earn a significant advantage in the tournament. While the $200 tournament buy-in gets players a starting stack of 10,000 in chips, every five hours of cash game play recorded on Oct. 4-6 earns a player an extra 2,000 in tournament chips (up to a max of 10,000 extra chips). It’ll take some serious grinding, but players have the opportunity to double up before the H.O.R.S.E. play even begins.

And there’s also a serious add-on up for grabs in the tournament: The winner will capture a Platinum Pass to the 2022 PokerStars Players Championship.

Additionally, players in the cash games or tournament are encouraged to donate to charity along the way, with the amount collected in the charity “tip jars” each day matched by both Westgate and PokerStars. Those proceeds will go to the nonprofit Westgate Resorts Foundation (and possibly an additional charity).

When the Cardplayer Lifestyle Mixed Game Festival is over, Strazynski aims to spend some time at the Rio, checking out the WSOP as a member of the media. “And,” he noted, “you’ll also probably find me hanging around the Rio cash game tables in the wee hours of the morning.”