Why Can’t You Bet On Bowling?

You can, actually, but with limited opportunities. Is that about to change? 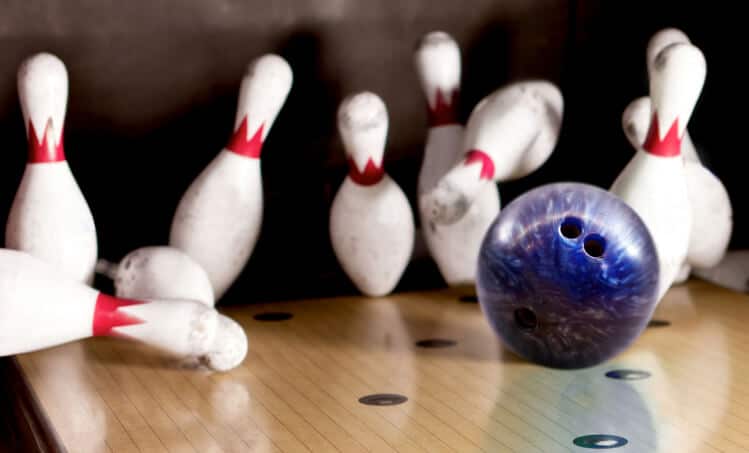 Betting on sports is very much a legal practice in the Greater Reno area, where there is no shortage of sportsbooks — including Baldini’s in Sparks — at which to get a bet down.

There is no shortage of bowling in Reno either, what with the 78-lane National Bowling Stadium — the one featured in Kingpin — cutting an imposing figure, with a massive aluminum bowling ball lodged in its facade.

So it would stand to reason that, with an abundance of both betting and bowling in town, there would be some sort of convergence between the two. But that’s simply not the case.

“I’m down the street from this massive monolith to bowling, and still no one asks” to get a bet down on bowling, said Robert Kowalski, who manages Baldini’s sportsbook.

That being said, he thinks “there are some interesting ways to offer it from a bookmaker’s perspective. … I’m sure an in-game perspective would work.”

It sure seems like it would. The balls roll relatively slowly in bowling compared to other sports, leaving would-be bettors ample time to wager on frame-by-frame results or as the odds shift within a match. Add an easy to understand format consisting of (mostly) one-on-one matchups, weekend warrior accessibility, a persistent air of retro coolness, and oil patterns for sharps to exploit, and pro bowling would seem to be a pretty bettable product.

‘Some action’ in Vegas back in the day

Back when he worked at retail sportsbooks at Wynn and Bally’s, DraftKings Director of Race and Sportsbook Operations Johnny Avello used to offer action on Professional Bowlers Association events.

“In those days, guys like Pete Weber, there were some big names in the game and everybody knew those guys. Today’s product is a little bit different. It’s a different game. It’s a different way of throwing the ball, different lane conditions. If you could offer in-game, I think it could do all right. If a guy’s down 20 pins or so, that’s not a lot. You could definitely offer live wagering match by match.”

In his current capacity at DraftKings, Avello offers action on sports like darts, handball, lacrosse, cricket, rugby, and even cornhole — but not bowling.

“If we had the PBA feeding us data, that would make things a lot easier for us,” Avello explained. “That’s what we did with the cornhole people. We work with them on getting the data.”

The PBA, which has been owned by Bowlero since 2019, has a rich history of holding tournaments in Las Vegas. But longtime bookmaker Jay Kornegay of the Westgate SuperBook said, “I’ve never taken bowling bets. We just haven’t had enough demand for it to take the time to post that on the board. We’re very open-minded. If we got enough demand for it, we would probably put it up.”

While residents of Nevada may be out of luck when it comes to wagering on bowling, that’s not the case in Colorado, Michigan, New Jersey, or Pennsylvania, where bettors have access to FOX Bet’s mobile app. In 2020, FOX Bet and the PBA announced a partnership to promote wagering on the sport, with the next opportunity to do so coming during the PBA semifinals on May 8 and the finals on May 15. Both of those events will be televised live on FOX, whereas other PBA events, many of which air on FS1, aren’t shown in real time.

As for broadening the PBA’s betting reach, Lev Ekster, Bowlero’s chief strategy officer, sent an email to US Bets saying, “This is very much on our radar and something we as a company have ambitions to introduce to bowling fans.”