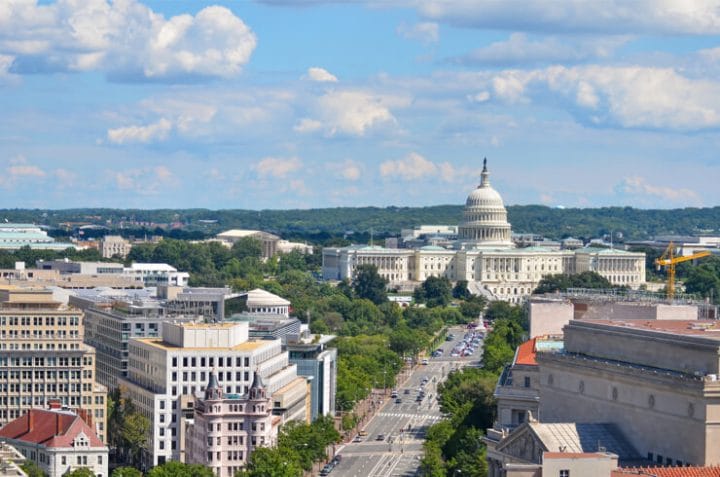 The recent 7-5 vote by the Washington, D.C. City Council to approve a $215 million contract to its lottery operator, Intralot, to run the district’s lottery and also its new sports betting offerings may have been the most controversial one of the past year in U.S. gaming.

One of the “yes” votes was cast by Councilman Jack Evans, who is embroiled in an unrelated ethics controversy. Beyond that, Evans’ business partner is a lobbyist for the D.C.-based company that is a lobbyist for … the very lottery operator that, with Evans’ help, won the contract.

The cloud over Evans’ actions was enough for the Council to remove him from his post as chairman of the Committee on Finance and Revenue. Intralot, meanwhile, had its credit rating lowered in May by Fitch Ratings over “heightened liquidity and refinancing risks, along with negative cash flow apprehension.”

It doesn’t take a Masters in finance to know that should sound some alarm bells. A Washington Post report recently found that many of the subcontractors who would benefit from this contract have close ties to D.C. government officials.

But for this article, we decided to focus on one particular issue: a report by Spectrum Gaming Group at the behest of the D.C. government that has been cited as the reason for some Council members to vote in favor of the Intralot deal.

A Spectrum of opinions on deal

Spectrum is a well-known, respected force in the U.S. gaming industry. In fact, just last week the company ran the National Council of Legislators from Gaming States conference in Minneapolis.

How did they come up with the idea that a no-bid contract was the way to go? That goes against the sentiments of most industry insiders.

So we read the report, and found this: “Spectrum is well aware of the critical benefits to be gleaned from issuing an RFP [Request for Proposals] in an open, transparent competitive bidding process.

“In a 2016 report prepared for the Ohio Lottery, Spectrum clearly recommended in that instance that a competitive bidding process would be appropriate. We noted that ‘allowing vendors to maintain longterm contracts without re-bidding is an ineffective management practice’ and noted that ‘Our response is guided in large measure by our longstanding observation of overall procurement practices, and in our belief that a well-managed competitive bidding process can advance the public interest and produce the optimal results.’ Extending the current contract without a competitive bid does not ensure that the Lottery is receiving its best value.”

[Side note: That contract also was with Intralot, and Ohio elected officials ignored Spectrum’s advice and extended the deal without an RFP.]

So far, so good, as far as most gaming insiders are concerned. So how did we wind up where we did?

First, it’s important to realize that this report was published on Dec. 26, 2018. A vote seven months later inevitably would be coming after plenty of circumstances could have changed in the fast-moving world of U.S. legal sports betting expansion.

So Spectrum made a plausible projection back at that time given media and industry reports that neighboring Virginia would roll out sports betting in 2020, with Maryland to follow in 2024. Reading the tea leaves, the Virginia analysis remains plausible, and if anything Maryland could well come sooner.

Second, Spectrum contrasted the opportunity proposed by Intralot with competitive bidding, adding, “The DC Lottery situation is materially different from that situation in Ohio.

“Given the administrative process the DC Lottery is required to follow, we believe [a] three-year delay estimate is conservative, thus providing a reasonable time frame during which betting revenue would be lost. Conversely, Intralot (the incumbent DC Lottery gaming system provider) represents that it could add the necessary technology and bring betting to market both on a mobile platform and through selected retailers within six months … In this case, the advantages of being a first mover outweigh the disadvantages.”

Spectrum concluded that with a quick deal with Intralot, D.C. would be assured of building up loyalty with both its residents and commuters while the monopoly lasted. And Spectrum found another reason:

“If the DC Lottery chooses not to extend the existing contract and seek a competitive bid, two outcomes will inevitably occur: Intralot cannot be expected to make a substantial investment in the District of Columbia if its potential payback period is limited to the term of its contract.

“The RFP process, by law, is time-consuming and would delay the implementation of sports betting by as many as three years. With those factors in mind, a decision to not extend Intralot’s contract would make it impossible to meet the goals of the DC Lottery to be an early mover. Given the unique DC market and the benefit of being first to market, Spectrum believes that extending and expanding the current gaming system contract with Intralot is the most economically advantageous option.”

Plenty in the industry might quarrel with that conclusion. But at least now we know what their reasoning is.

Then there’s a widely circulated memo in D.C. issued by Intralot that promised a “hold” of up to 30% — a nightmare for bettors but seemingly a gold mine for the district (if we pretend that bettors will keep playing no matter how large the “vig”).

Spectrum also recommended that the payout rate may need to be tweaked over time “to ensure that it remains competitive in what is likely to become an increasingly competitive marketplace.”

But does Intralot have incentive to do that? The company could find that there are enough casual sports fans — probably already lottery players — who won’t even notice that the prices are ghastly. If so, Intralot could find itself in an enviable position compared to traditional legal sportsbooks: a virtual guarantee of never having a losing month.