Caesars-owned William Hill is the first sportsbook to operate inside a United States professional sports venue after opening an 18,000-square foot venue at Capital One Arena in Washington D.C. 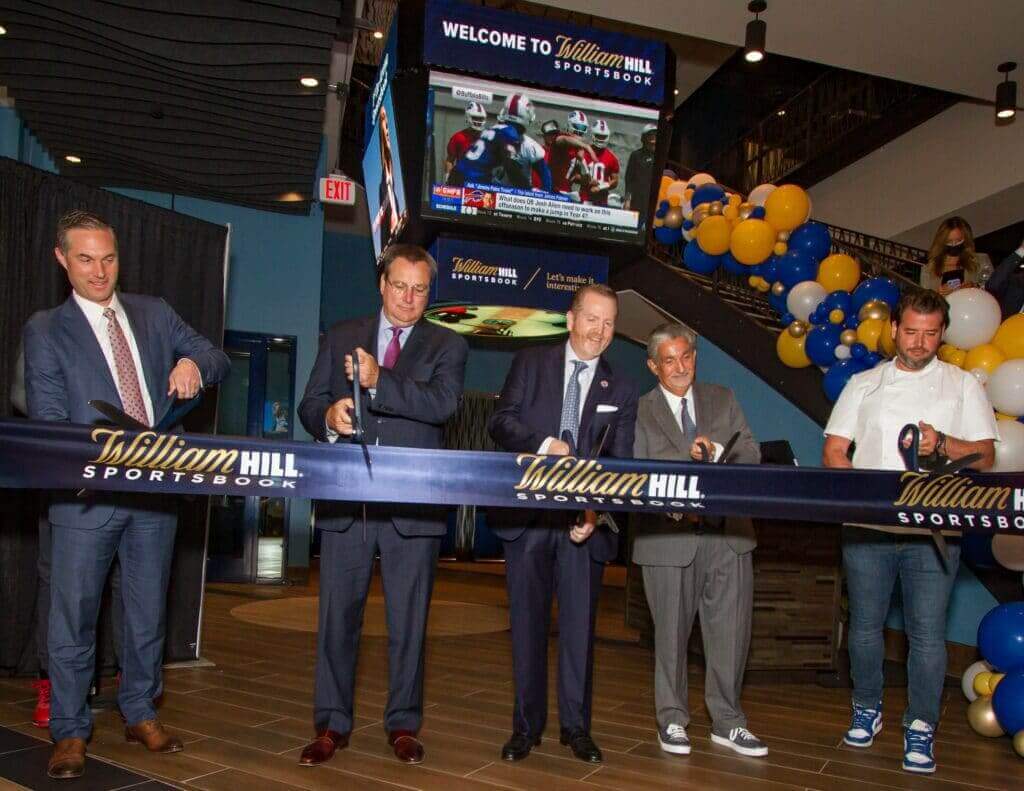 William Hill has been taking wagers at Capital One Arena since last August, setting up a temporary location near the will call ticket area. Now, bettors will be able to make their picks in a two-story, 18,000-square-foot venue dedicated to sports betting, complete with 17 windows and 12 self-serve kiosks at the 20,356-seat arena.

The sportsbook also has 5G for Wi-Fi purposes and a sports bar with a menu crafted by Michelin-starred chef and Maryland native Nicholas Stefanelli. It has 100 television screens, including four hanging from a replica of the Jumbotron in the arena, as well as a 1,500-foot LED screen.

“Providing a data-driven, technologically-advanced environment in a beautiful, approachable space with fine dining options provided by Chef Stefanelli will further enhance the indelible memories we create nightly at Capital One Arena, and draw even more visitors to our historic downtown D.C. neighborhood.”

The sportsbook, which will be open year-round even when teams are not playing, also has broadcast studios for TV and radio.

This marks the 1st ever sports betting venue to operate within a pro sports arena in the U.S. with a restaurant concept by Michelin-star Chef Nicholas Stefanelli. pic.twitter.com/v5YDujXfVR

Since entering the nation’s capital, William Hill has largely outperformed GambetDC, run by the DC Lottery as the only other competitor in the marketplace. William Hill has accepted nearly $103 million in wagers in Washington, accounting for 74.8% of the $137.6 million in overall handle since Gambet DC was first to market in the district in May 2020.

Capital One Arena has also proven its worth in terms of clientele — the average wager placed through William Hill has been $93.80 on nearly 1.1 million bets compared to $33.80 for the slightly more than one million bets placed via Gambet DC.

William Hill has accounted for just shy of 52% of the tickets written in the D.C. market since its launch, and the average wager of the more than 2.1 million bets placed through both outfits in that span is $64.82.