William Hill added to its footprint in the United States over the weekend, launching retail sportsbooks in Washington, D.C. and Illinois. 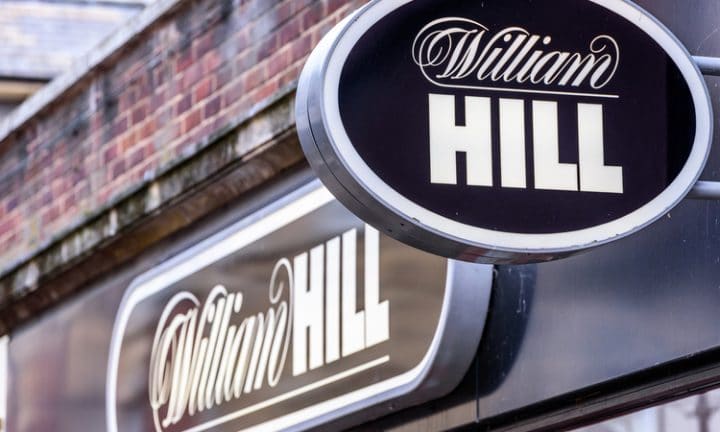 Wasting little time in hitting the ground running after receiving approval late Friday, bookmaker William Hill entered the sports betting markets in both the nation’s capital and the state of Illinois on Saturday with soft launches in both locales.

The British-based sportsbook is the second to accept sports wagers in the District of Columbia, using its retail operation at Capital One Arena to offer the first direct competition to the lottery-based GambetDC.

It is also the third sportsbook operator in Illinois, situated at Grand Victoria Casino in Elgin, joining BetRivers (Rivers Casino) and Penn National Gaming (The Argosy) in what is expected to be a rapidly growing field there.

William Hill is now active in 10 states and the District of Columbia in the U.S. as well as the Bahamas.

William Hill formed a partnership with Monumental Sports and Entertainment in October to gain access to the Washington, D.C., area, which also meant exclusive partnerships with Capital One Arena and its two professional teams: the NBA’s Washington Wizards and NHL’s Washington Capitals. The agreement also extends to the WNBA’s Washington Mystics, and William Hill’s physical presence in Capital One Arena makes it the first sportsbook in the United States where pro teams reside.

Current regulations regarding the COVID-19 pandemic mean neither the Wizards nor Capitals are playing in D.C., but the seven ticket windows and 10 self-serve kiosks are accessible to the public in the will call area of the arena.

“We are so pleased to mark this day with three of the most dedicated team fans who propel our players towards excellence on the court or on the ice and for whom Monumental Sports & Entertainment continually innovates,” said Jim Van Stone, president of business operations and chief commercial officer, MSE, in a statement. “And we couldn’t be more excited to couple this new dimension of a sports experience with the return to play across all of our leagues.

“William Hill has been a terrific partner with a reputation for excellence in service and maintaining the highest level of integrity in their process, and we look forward to welcoming many familiar and new visitors to the arena to check it out.”

It also gives bettors in the District of Columbia a second sports wagering option since casinos are illegal in D.C. GambetDC, which is run by the D.C. Lottery, launched in June 2019 but has delayed its full rollout for retail sites until at least next summer.

Best of luck to Jeff G from Bartlett, Illinois! Jeff placed the first bet at our brand new Williamhill Sportsbook! The sportsbook is open 7-days a week from 10am – 10pm. #betlikeapro #sportsbook ⚾⚽🏒🏈🏀 https://t.co/IUiKjGCBmf pic.twitter.com/jn8lHJvLE4

Grand Victoria Casino in Elgin, approximately 40 miles west of downtown Chicago, was one of seven casinos to be granted a sports betting license in June. It has three ticket windows — only two of which are being used per social distance requirements as part of the Illinois Gaming Board protocols regarding COVID-19 — and is expected to launch online sports wagering soon.

“I’m looking forward to seeing the community come together to watch their favorite teams as we welcome back the return of our favorite professional sports,” said David Grolman, president of operations for William Hill, in a joint statement with Grand Victoria. “This will be our first sportsbook in the state of Illinois and allows us to continue to expand our relationship with Caesars Entertainment properties across the country.”

“Partnering with the country’s leading sports betting operator allows us to offer our customers an elevated experience that features industry-leading wagering and technology,” added Grand Victoria Casino Senior VP and General Manager Bill Gustafson. “The sportsbook is in a prime location that will draw sports fans in and keep them engaged as they cheer on their favorite teams.”

Grand Victoria being third to market in Illinois is a surprise given the frenzy that has surrounded sports betting in the Land of Lincoln in the past two months. It was a period kicked off in surprising fashion June 4 when, via executive order, Gov. J.B. Pritzker suspended the in-person registration provision for online/mobile sports betting of the bill he signed into law that legalized sports betting in June 2019.

BetRivers, through Rivers Casino, was the first to offer online/mobile sports betting in June 2020 and currently remains the only mobile/online sportsbook in Illinois. Pritzker’s renewal of his original executive order in late June raised hopes multiple sportsbooks would enter the Illinois market and be available online to bettors.

Both DraftKings and FanDuel received Management Services Provider temporary operating permits last month, and the former entered a market share agreement with Casino Queen and rebranded the East St. Louis casino “DraftKings at Casino Queen.” The two online titans also were running television ads in the Chicago market to promote what seemed to be their impending arrival.

Just as surprising as his executive order to suspend the in-person provision, Pritzker opted not to renew it a second time and let Executive Order 2020-44 expire July 26, which meant in-person registration was again required to gain access to online/mobile betting.

Last Thursday, Hawthorne Race Course, situated 10 miles outside downtown Chicago, became the first horse racing track in Illinois to be granted a sports betting license and is expected to enter the market soon through PointsBet, with whom it entered a 20-year agreement in July 2019. PointsBet also received its Management Services Provider permit last month and will have in-person wagering available at off-track betting facilities in Oakbrook Terrace, Prospect Heights, and Crestwood — all within a 35-mile radius of Hawthorne — once permitted to launch by the IGB.