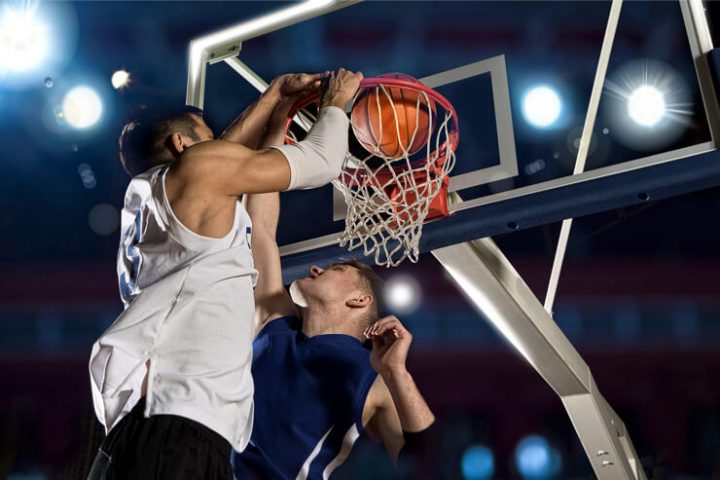 We could say that William Hill US will prevail in a copyright infringement lawsuit against FanDuel in the same way we could say that the Los Angeles Rams are currently 7-0.

That is, the outcome of this lawsuit feels more like a fact than a projection. It was over from the start.

The official claim is seeking injunctive relief against FanDuel for lifting material from William Hill’s sports betting guide. If you want to know what a sure thing this is, check out this line, the highlight of the 12-page lawsuit filed in U.S. District Court in New Jersey on Tuesday: “FanDuel’s unauthorized copying is perhaps most evident in the fact that FanDuel actually forgot to remove William Hill’s name when printing the Infringing Pamphlet.”

Having attended both the mid-June launch of the William Hill sportsbook at Monmouth Park and the FanDuel version at the Meadowlands Racetrack in mid-July, I had grabbed paper copes of both “How To” betting guides. On Wednesday morning, I scurried around to find them.

Sure enough, page 13 of the FanDuel guide has a subsection called “Alternate & Reverse Run Lines” that begins, “Alternate & reverse run lines are propositional wagers offered by William Hill on each baseball game.”

Two longer sentences follow, which also happen to be identical to those in the William Hill guide published a month earlier.

In its lawsuit, William Hill, which also offers the guide at its Ocean Resort (formerly Revel) sportsbook in Atlantic City, attaches a copy of its copyright to the material.

When “blatant” is no overbid

The FanDuel version is called a “blatant infringement,” and while “blatant” is a popular word among lawsuit-filing attorneys, in this case the shoe fits.

Another example offered is the explanation of football betting, which includes an example of a contest between Washington and Philadelphia with the same bet number, betting line, over/under total, and money line in both guides.

William Hill also provided offending examples regarding betting on basketball, boxing, hockey, and soccer — all published, per the suit, “without authorization.”

Statutory damages are sought in a trial by jury, with a note that the FanDuel conduct “unless enjoined and restrained by this Court, will continue to cause William Hill great and irreparable injury that cannot be fully compensated or measured in money.”

What else is afoot in this case

A FanDuel spokesman said only, “As a policy we don’t comment on pending litigation.” Well, anything short of a comment stating, “We have a signed agreement with William Hill proving that we compensated them for this material” pretty much ends the argument, doesn’t it?

But let’s look to some interesting numbers for September. The Meadowlands Racetrack’s FanDuel sportsbook did $4.37 million in gross revenue, with another $2.85 million from its online sportsbook. The William Hill book at Monmouth generated $2.14 million on site and just $70,000 online. Ocean Resort did $1M on its brick-and-mortar side and another $292,000 on the internet.

In online revenue, FanDuel produced about eight times as much as William Hill.

One reason for the disparity is that daily fantasy sports companies FanDuel and DraftKings benefited from relative ease in allowing signups, since so many customers already had the apps for DFS. Rivals such as William Hill or MGM didn’t fare nearly as well, with bureaucratic delays in getting into the app store accounting for lesser September revenues and a potential long-term struggle catching up to those who were first or second to market.

While you might think a lawsuit like this could have been settled behind the scenes, well, maybe William Hill is hoping to even the playing field with a P.R. hit absorbed by FanDuel. This is not the first hiccup for FanDuel, of course, following their badly botched in-game betting line during a Denver-Oakland NFL game last month.

“We are not litigious people but this is ridiculous,” William Hill CEO Joe Asher said in a statement to ESPN. “If the court finds in our favor, a portion of the proceeds will fund scholarships for creative writing programs at New Jersey universities.”