While the pro sports leagues announce drastic changes to their schedules, the world's preeminent live poker festival hasn't yet made a call. 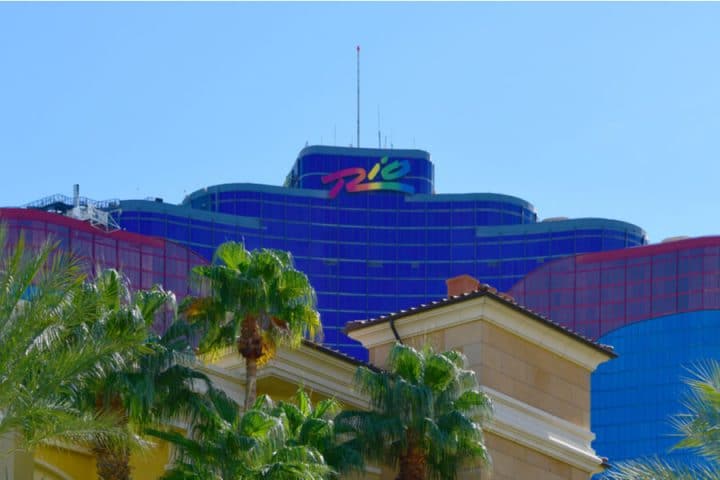 As the world continues to grapple with an escalating coronavirus crisis, the 2020 World Series of Poker in Las Vegas for now is still slated to run as it normally would.

The 51st annual summer poker festival, the pinnacle for poker players from around the world, is scheduled to kick off on May 27 and run through July 15. As of Thursday, there haven’t been any changes to the schedule based on the situation with the virus that has dominated media coverage in recent days and weeks. This week, the NBA decided to suspend its season, with other sports organizations around the world making similar moves. Major League Baseball decided Thursday to indefinitely delay its season openers.

“There’s nothing new to report on our end from what we’ve said on summer WSOP in the past couple of weeks,” Seth Palansky, WSOP vice president of corporate communications, told US Bets Thursday morning. “We’re focused at the moment on our Circuit events that take place before then due to the timing of those versus summer WSOP, which is still months away. Our Circuit event in Cannes, France scheduled for next month has been postponed. Obviously this is a fluid situation, and we’ll provide updates as decisions are made that impact other events we have previously scheduled.”

As of Thursday, the WSOP had ongoing Circuit events in New Jersey, Oklahoma, and California, with stops in Las Vegas and Iowa set to take place ahead of the summer tournament series at the Rio Hotel and Casino. It’s unclear if the Circuit event in Atlantic City will be completed, following an announcement from New Jersey Gov. Phil Murphy “recommending” all public gatherings with more than 250 people be canceled.

No casino in Atlantic City has closed its doors.

In late February, the WSOP said on Twitter that it was “monitoring COVID-19 developments” and had “no plans to cancel WSOP.” While the WSOP still doesn’t have a plan to cancel the festival that has run every year since the 1970s, the odds undoubtedly have increased over the past two weeks.

The WSOP schedule this summer includes a record 101 bracelet tournaments, up from 89 in 2019. While interest in poker has waned during non-WSOP months, the festival has continued to grow despite the end to the poker boom. In 2010, there were just 57 bracelet events on the schedule.

The poker festival set a new record with more than 187,000 entries across the 89 tournaments last summer. The WSOP drew participants from 98 different countries last year.

On Wednesday evening, President Donald Trump from the Oval Office announced restrictions on travel into the U.S. from Europe, which will last at least 30 days. Should the travel ban remain in effect this summer, the WSOP would see a drastic decrease in participation. However, the Series is mostly full of U.S. players. The 2019 $10,000 buy-in Main Event, for example, drew 8,569 players, the second most in the history of the tournament, with 71.3% coming from the U.S. More than 800 additional players came from Canada and the UK, which currently have no major restrictions on travel to the U.S. Travel restrictions also are very fluid.

The biggest risk to participation, especially for the Main Event, would be what happens internally within the U.S. in response to the outbreak. There are also economic considerations, as many people might not be interested in using their discretionary income on poker right now with a possible recession on the horizon.

On March 7, poker legend Daniel Negreanu, winner of six WSOP bracelets in his storied career, took to Twitter to state that “the notion that we will have a WSOP in 2020 seems very unlikely.”

Negreanu’s comment followed other poker pros, including Mike McDonald and Doug Polk, saying in late February that there was a real chance it wouldn’t run. They were even willing to bet on it. Phil Hellmuth, winner of a record 15 lifetime WSOP bracelets, said he’s already starting to curtail his poker play.

Negreanu, who lives in Las Vegas, took to Twitter on Wednesday to call for poker rooms in the country to close. So far, U.S. casinos have not shuttered due to the coronavirus, but there’s plenty of speculation some will. The casino industry has already expressed a desire for help from the federal government.

There isn’t a more infectious environment imaginable than a poker table.

Shut it all down.

One offshore betting site has a market for whether the WSOP will take place “as scheduled.” It’s currently a favorite to either be canceled or postponed to later in the year. On Wednesday, Maryland Live! casino announced that it was postponing a $1,650 buy-in World Poker Tour event that was slated to run later this month. It’s believed to be the first major poker tournament in the U.S. to be canceled or delayed due to the virus, though the casino didn’t state an official reason for the postponement.

WSOP now a favorite to be canceled/postponed pic.twitter.com/6VmveHtQ7I

A record 14 WSOP events this summer will be held via the internet, available to people physically located in both Nevada and New Jersey. There were nine such events in 2019. The WSOP first held an official bracelet event via its online poker platform in 2015, and the number of tournaments has increased incrementally since.

Should the live events at the Rio Hotel and Casino in Las Vegas be canceled/postponed, it is very possible the WSOP’s online events could see a dramatic increase in participation.

Some poker players are already eyeing the online events in case of a disruption to the live events.

The WSOP is a heavy favorite to be canceled. Which SUCKSSSSS..but I cannot wait to see the online schedule, it's gonna be massive and I'm going to grind the hell out of it. Buckle up, buckaroos.

The WSOP.com platform is the only site in Nevada, so while its traffic may increase dramatically this summer, the coronavirus may hit other poker operators much harder.

Over time, the Nevada poker market has continually relied more and more on the WSOP for its revenues. A cancellation or delay of the WSOP would be a major hit to Strip-area poker rooms, which have gradually shed tables or even closed in recent years. In June 2019, the Strip-area poker rooms took in about $15 million in revenue, more than double what sportsbooks on the iconic casino corridor generated. Sports betting has exploded in the Silver State and around the country, but poker makes a big comeback during the WSOP.