10 WSOP Tournaments That Have Our Attention 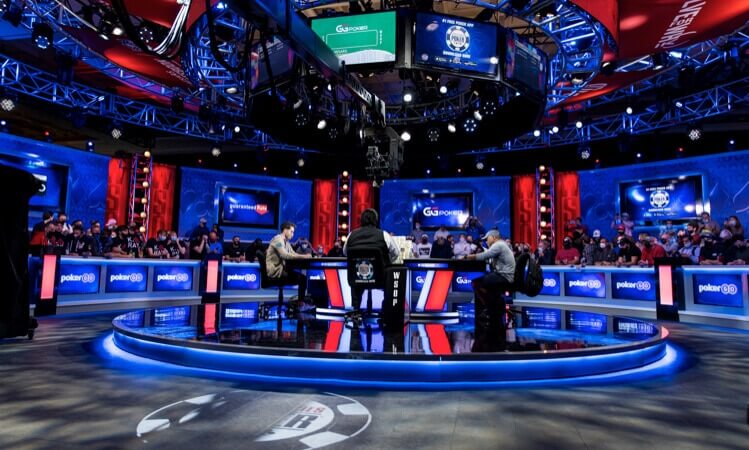 Following a year in which the World Series of Poker unfolded in the fall instead of the summer and in which vaccine cards were as much a part of the conversation as playing cards, the poker world is anticipating a return to “normal” for the 2022 WSOP. Or at least as close to normal as a 52-year-old event can feel when it moves to two new host casinos after 17 years in one building.

Yes, the WSOP has left the Rio All-Suite Hotel & Casino just off the Las Vegas Strip — which, for all the complaints players vocalized over the years, at least boasted minimal automobile traffic issues and plenty of parking — and is relocating to a combination of Bally’s and Paris Las Vegas, both on the Strip. The WSOP is now in the heart of the action. That adds excitement. And it probably adds congestion getting in and out.

But if COVID-19 continues its retreat over the next few months and players are able to breathe easy all Series (except when waiting to see if their opponent calls their all-in bluff, of course), the pros are poised to far outweigh the cons this summer.

The full schedule stretching from May 31 to July 20 is out, and over the course of 88 events, as if driving 88 miles per hour, the WSOP is all over the space-time continuum. There are tournaments that will flash players’ and fans’ minds back to events of the past and others that will innovate and try to move the game forward.

Here are 10 that stand out on the 2022 WSOP calendar, presented chronologically.

Two tournaments begin on opening day: the traditional $500 casino employees no-limit hold’em (NLHE) event, and this one with a 200-times-larger price tag. For elite and deep-bankrolled players looking to dive right in, Event 2 is a perfect way to get the party started. Players are permitted one re-entry (how terrifying for us common folk is the idea of being $200K in the red before June begins?), and each elimination earns the player who delivered the knockout blow a $25,000 bounty. So it’s a high roller that highly incentivizes extra aggression.

Ya gotta have a housewarming party when you move into a new abode, right? The WSOP typically offers a low-price-point event during the first weekend that’s designed to draw a massive field, and with four starting flights (and players allowed to try all four, with one re-entry per day) and a $5 million guaranteed prize pool, Caesars Entertainment’s tournament organizers are aiming for well over 10,000 entries in this one.

The record is 28,371 entries for the “Big 50” event in 2019, and if the itch for recreational players to return to action after two COVID-impacted years is as strong as anticipated, that record has a shot at falling in this affordable NLHE tourney.

Remember the glory days of the NBC-televised heads-up tournament that kicked off in 2005? This 64-player bracket-style tournament should provide a flashback to that as, for the second year in a row, it has the same $25K price point that NBC Heads-Up had and the same size bracket. It’s not invite-based, like the NBC event was, but it figures to attract many of the names you know, as top American pro Jason Koon looks to defend his title.

This tournament that debuted in 2021 features the typical luck-skill blend that makes poker unique — but only after you’ve escaped the almost pure luck portion of the event. Everybody is automatically all-in on the first hand (although you do get to make one decision, discarding one of your three hole cards after the flop). If you have the best hand at your starting table, you’re in the money and the tournament is normal from there. But for most of the field, it’s one hand and done.

Tied for the most expensive non-NLHE event on the docket, this one offers high stakes in the second most popular poker variant, a game in which no starting hand is ever safe.

And here’s the most expensive event on the schedule, period. It’s all sharks and whales in these waters, and with one re-entry allowed, they can each spend a half-million bucks if they want to. The winner won’t be breaking Antonio Esfandiari’s record for largest WSOP first-place prize ($18.3 million, set in a $1 million buy-in event in 2012), but something in the realm of $5 million for first is very much in play.

Played across a mix of nine games, with a slow structure and 100-minute levels, this is exactly what the name suggests: a championship event for not just NLHE specialists, but all-around poker players. This tournament always attracts the best of the best, and there’s no luckboxing your way to victory here.

This tournament was originally planned for the 2020 WSOP that COVID shut down, but now it’s back on the schedule, and it could be wild. Just $300 of each $1,000 buy-in goes into the regular tournament prize pool. The bulk of the money goes toward the bounty prize pool, with all eliminations beginning on Day 2 resulting in a bounty payout — with amounts determined at random. One lucky winner will score a bounty of $1 million sometime on Day 2 or 3. This is one tournament where, potentially, you’d much rather be lucky than good.

The $10K NLHE Main Event is always the focal point of the WSOP schedule, with tons of both almost-live and heavily edited coverage this year on PokerGo and CBS and with a champion likely to earn an eight-figure payday. But adding to this year’s tournament is the potential for it to set a new record for Main Event field size. The entries grew each year from 2015 to 2019, with that ’19 event attracting 8,569, barely missing the record of 8,773 set in 2006.

The past two years never had a chance. But if COVID is the non-factor in July that we all hope, 2022 has a real shot at establishing a new record.

There’s no event number for this one. It comes at the end of the Series and isn’t considered part of the regular schedule. This is a million-dollar freeroll open to any of the 88 bracelet winners as well as the gold ring winners from the 2021-22 WSOP Circuit season. On the one hand, the name “Tournament of Champions” is a blast from the past, conjuring up memories of Phil Hellmuth whining and Annie Duke celebrating. But this is a more pure distillation of what a “tournament of champions” ought to be: One tournament, all the champions.

It shapes up as a good-vibes celebration to conclude what the gambling world hopes will be the kind of good-vibes summer we’ve missed the last two years.