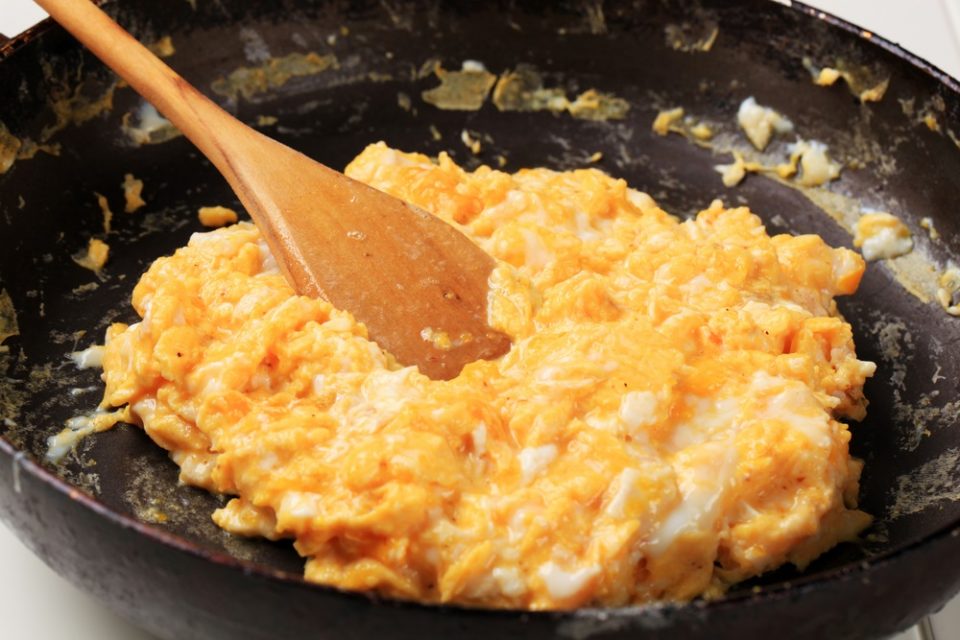 For a moment there, it almost felt like 2010 in online poker land. Maybe even better.

It was only the site’s biggest weekend in history by a smidge, but nevertheless, a new bar for legal U.S. online poker has been set.

Between Friday and Sunday, no less than four WSOP.com tournaments generated prize pools in excess of $198,000, with two shattering the seven-figure mark.

Nearly one-upping its lower buy-in brother was WSOP Event #63 – $3,200 No Limit Online High Roller, which drew 480 entries and boasted a prize pool of $1,459,200. Chance Kornuth, who we had the pleasure of interviewing recently, took down the gold, winning a staggering $341,599 in the process. To our knowledge, that is the single biggest prize ever won in U.S. regulated online poker market history. 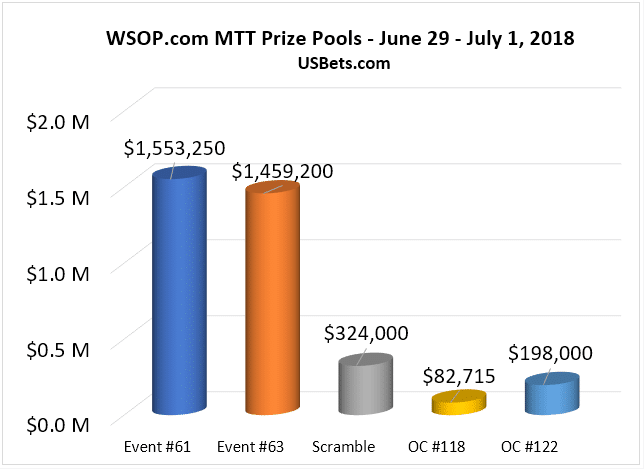 Scrambling for a seat

Online players were given ample opportunity to qualify their way into the World Series of Poker Main Event, which began on Monday (ESPN and PokerGo will both be providing live coverage of the event).

The premiere vehicle to gain entry into the Main was the 25-Seat Scramble, which as the name of the qualifier implies, awards a minimum 25 seats to the $10,000 buy-in event, all at a bottom-barrel price point of $215.

A $1,000 buy-in Main Event qualifier ran on June 30 and awarded an additional eight seats, and 13 more seats were gifted out via other weekend satellites. Sum it all up, and that’s more than 50 seats, which stands to be just under 1% of the entire field, awarded online in just one weekend.

On a slight down note, turnout gains for the Main Event satellites and online bracelet events were pretty modest.

Of the three online bracelet events that had equivalents or near-equivalents in 2017, growth varied between 13.2% for the high roller and 24.6% for the $1k championship. Under normal circumstances that would be cause for celebration, but this was the first year that New Jersey residents were allowed to participate. And quite frankly, not that many NJ players showed up. Part of this may have had to do with the late starting times of 6:30 p.m., which resulted in a unforgivable end time of 10:08 a.m. for Event #61.

Going further, it’s likely that the state’s most serious grinders — or at least those serious enough to pony up $1k or more for a single tournament — were already situated in Las Vegas for the live Main Event.

The impact of New Jersey players for the satellite was probably negligible, as any NJ winners would have to immediately pack their bags and head to Vegas for the Main Event. It might make more sense in the future to host the Scramble a week before the Main begins, or even to have multiple Scrambles.

Criticism aside, this weekend’s events represented a historic high point for WSOP.com, one that could be shattered year after year, pending the operator makes a few tweaks and more states join the network.