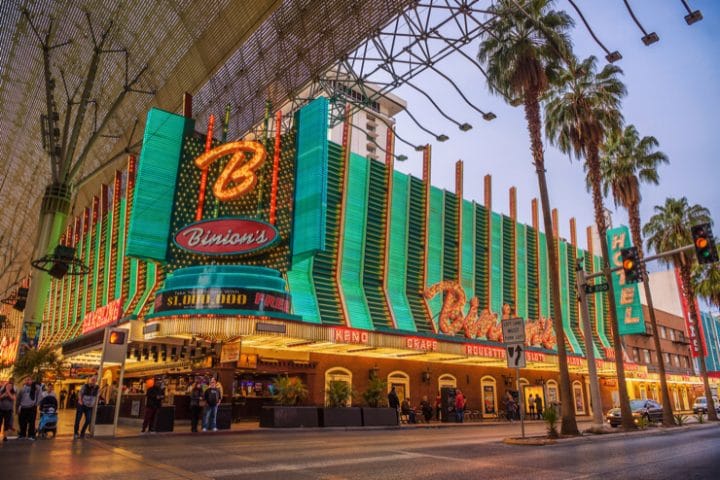 As of 11 a.m. Vegas time on Wednesday, with the sound of a “shuffle up and deal” command blasting across the tournament area at the Rio to kick off the $500 Casino Employees event, the 50th World Series of Poker is officially underway.

From today through the middle of July, a record 89 bracelets will be handed out, and the total prize money awarded figures to approach $300 mm. The WSOP has come a long way since seven top poker players were invited to Jack Binion’s downtown Las Vegas casino in 1970 to play a cash game, after which Johnny Moss was voted “champion” by his peers. (For the record, it took two votes; the first time, each player voted for himself.)

The history of the WSOP for its first 49 years was a rich one (the first 35 of them brilliantly documented by Jonathan Grotenstein and Storms Reback in their book All In: The (Almost) Entirely True Story of the World Series of Poker), and WSOP organizers are celebrating that history by letting fans vote in seven categories for the “First 50 Honors.”

Voting is open until June 15, and winners will be announced at a June 29 gala at the Rio.

Here’s a look at the categories, the nominees, and our opinions on who should win and our best guesses as to who will win.

Should win: You can quickly cross off Drinan’s aces; it wasn’t the Main Event, and aces get cracked all the time (and they didn’t even lose to an inferior hand in this case). This really boils down to the three nominees taken from heads-up action in the Main Event: Chan vs. Seidel, Nguyen vs. McBride, and Moneymaker vs. Farha. As memorable as Chan-Seidel was, it would be a clear third place for “most memorable” if not for Rounders making it doubly iconic a decade later. So, what’s better: Nguyen’s “You call, it’s gonna be all over, baby,” or Moneymaker’s stone-cold bluff that changed poker history? With apologies to Scotty, Moneymaker’s “all in” is, for a multitude of reasons, the most iconic televised poker hand ever. You can exhale again, Chris. This one should be yours.

Will win: You have to expect the Moneymaker bluff to get the votes, but if there’s a potential upset, it would come from Chan suckering in Seidel. The Rounders Effect is almost as powerful as the Moneymaker Effect.

Should win: There’s plenty of room to quibble with the nominees here, but working within the confines of these options, you have to give extra respect to the guys who won three bracelets in a single year back when there weren’t as many events. Hellmuth won three of only 21 available in ’93. Ivey won three of just 35 in ’02. Hellmuth’s were all in hold’em. Ivey’s were all in non-hold’em games. The tiebreaker? Ivey finished 23rd in the Main Event after bagging three bracelets. It was as dominant as one player has ever been over the course of a World Series since the WSOP expanded beyond a handful of tournaments.

Will win: It’s hard to know how many casual poker fans will flood the ballots and whether the demographics will skew away from those nostalgic for the early days of the poker boom. If the voters are younger and as passionate about poker now as ever, maybe Deeb, with his ridiculous 20 cashes, has a chance. More likely, a household name like Negreanu or one of the Phils will take this down. We’re thinking Ivey gets the votes.

Most Likely to Succeed

The WSOP has defined this as “Player < 35 to Win Most Bracelets Next 50 Years.” The nominees:

Should win: The vote probably shouldn’t go to Mercier or Holz, both of whom are strong candidates not to play full schedules in the years ahead. What we’re looking for here is a combination of poker talent, tournament volume, and a healthy lifestyle that can keep the player in the mix for five more decades. If he doesn’t get let financial comfort crack his motivation, that sounds like Bonomo.

Will win: Cada and Mercier have the most mainstream names in the U.S. All six players have devoted followings among the hardcore internet poker community. The gut says that the international voters weigh in and the youngest player on the list, Holz, takes this one.

Should win: This category basically announces itself as a popularity contest, so in a way, whoever does win is who should have won, barring some sort of ballot-stuffing. So let’s just skip ahead to “will win” …

Will win: Ivey has an outside chance, but he’s not exactly the warm-and-fuzzy type and he doesn’t have an active social media presence. This award will most likely come down to Negreanu and Brunson. Will it be poker’s long-running No. 1 ambassador Negreanu (this week’s guest on the Gamble On podcast, for what it’s worth)? Or will sentimentality steer voters toward the 85-year-old “Texas Dolly”? With Doyle allegedly retired from tournament poker and not having played much in front of the TV cameras this decade, we’re guessing “Kid Poker” gets the nod.

Should win: Several of these nominees are or were nice guys IRL, but image is everything, and come on, this award was created with “The Poker Brat” in mind. Hellmuth, the guy who once insisted he’d win every time if luck didn’t play a role in poker, is the only choice.

Will win: Unless fans rally to posthumously honor “Devilfish” Ulliott, this award is one bullet that Hellmuth won’t dodge.

Should win: Moneymaker and Straus (“a chip and a chair”) have the most remarkable underdog stories, but that doesn’t make their victories the most impressive. By beating the largest field ever, Gold has a case, but he ran obscenely hot and was always playing behind a big stack — which is impressive in its own way, but a little too “one gear” to deserve this award. So it comes down to Chan winning his second in a row, Hellmuth snapping Chan’s streak, Ungar coming back from personal hell to win his third, and Jacobson making all the right moves with a smaller stack at a tough final table. Three of them beat fields in the hundreds. Jacobson triumphed over 6,682 other players. The Swede gets our vote.

Will win: This feels like an award that will go to a legendary name. It could be Chan, but given what he overcame in ’97, Ungar, the most ahead-of-his-time NLHE player ever, is the favorite here.

Most Important Players in WSOP History

Voters are instructed to pick four — a Mt. Rushmore of the WSOP, essentially. The nominees:

Will win: We’d better get a prize if we nail this four-pick parlay. Brunson feels like a slam dunk. The other three are educated guesses. Let’s say Hellmuth, Moneymaker, and Negreanu. And let’s hope that 50 years from now, when the WSOP is a 762-tournament series taking place partially on Mars and partially over virtual-reality brain implants, there are more women to vote for.