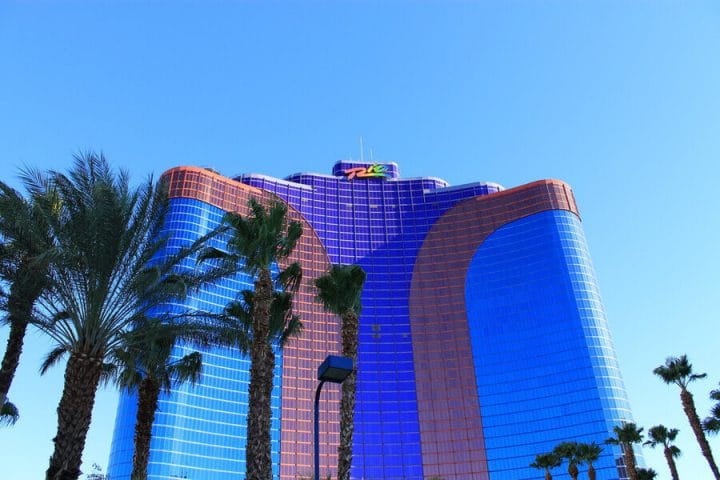 On Tuesday afternoon, just three players were left in the 2019 World Series of Poker Main Event, out of a starting field of 8,569. The winner was set to walk away with $10 mm.

Hossein Ensan, who entered the final table with the chip lead, held 326.8 mm in chips, ahead of Alex Livingston with 120.4 mm and Dario Sammartino with 67.6 mm.

Like in years past, Caesars Entertainment, owner of the WSOP, has offered betting on the final table. You can call it gambling on gambling, but with a prominent position on ESPN, the annual WSOP Main Event is effectively a sporting event. Betting on the WSOP is not something that most sports betting states will allow, but in Nevada it’s fair game. Here’s a look at what the opening lines were:

For those not used to fractions, here’s a conversion of those odds into your standard +/-:

Ensan held 34.3% of the 514.8 mm chips in play, but his line gave him implied odds of 40% to win the tournament. You’d have had to think he’s better than the remaining players (plus maybe in a favorable seat position) to approach finding value on that +150 wager. He did have more than $2.6 mm in lifetime poker tournament earnings prior to the Main Event final table, according to the Hendon Mob database. That was second most among the final nine.

Sammartino, who had more than $8 mm in lifetime tournament earnings prior to final tabling the Main Event, was probably the table’s best player. His implied odds were about 7.7%. He held 6.4% of the chips in play when the final table began, so his line probably had more value than Ensan’s. Sammartino was still alive entering Tuesday, giving those who took a flier on him a good sweat.

As the start to the final table neared, the Caesars odds on Ensan moved to +170. His opening line wasn’t proving to be attractive enough to bettors. Sammartino’s odds shifted drastically to +550. Despite only having 33 big blinds, bettors apparently found his experience to be a big deal.

Cards in the air at the WSOP Main Event Final Table. Here’s the final odds. pic.twitter.com/HaJly3sHHb

Garry Gates, who entered the final table with 19.2% of the chips, saw his line move from +300 to +400. Despite being a veteran of the poker media industry, Gates’ opening line, which gave him implied odds of 25% to win the tournament, wasn’t attractive enough.

Zhen Cai moved less drastically, from +500 to +550. Bettors weren’t too interested in Kevin Maahs, who had just one WSOP cash in his life prior to the Main Event, at +800. He was +1000 right before the cards were in the air. Livingston’s line, despite him holding a solid 17 lifetime WSOP cashes entering the Main Event, including two top-10 finishes this summer, was unchanged. His implied odds were about 9%, and he held 7.3% of the chips entering the final table.

The line for Timothy Su (20 big blinds) was also unchanged in the lead up to the final table’s first hand.

Milos Skrbic saw his line move from +1600 to +700 (12.5% implied odds), an amazing shift. He held just 4.5% of the chips in play. Did the Serbian’s countrymen in Las Vegas bet heavily on their guy? Skrbic did have an impressive $1.6 mm in lifetime tournament earnings prior to the Main Event, so perhaps his opening implied odds of 5.9% were low. He ended up busting in ninth.

Why did Marchington’s odds improve? The young online poker pro’s aggressive style of play apparently gave bettors some interest. As one observer on Twitter commented: “20/1 on most aggressive guy at the table seems favorable. While many will play to move up he’ll play for 1st or 9th.”

That reading of the situation ended up being correct.

“I think people were playing [on] money scared while I was trying to win the tournament,” he told Poker Central after his seventh-place elimination. “I wasn’t trying to play for ninth place, I was going for the 10 mm. It didn’t work out this time, maybe next time.”

Caesars has never offered props on the Main Event final table. Wagering on the final table has never been big business for the company’s sportsbooks, more of an added amenity to try to slightly boost interest in the final table as a spectator sport. Of course, some extra gaming revenue is generated.

In July 2018, the Nevada sports betting handle on sports other than the big three was $52.2 mm. That includes the likes of golf, tennis, NASCAR, boxing, MMA, and betting on the WSOP final table. It’s not known what the Las Vegas-wide Main Event betting handle is, but it’s probably under seven figures.

Future Main Event final tables could benefit from prop bets, which would give poker fans the ability to have more skin in the game. Which props could make sense?

For the sake of betting integrity, a prop bet in the same vein as wagering on the color of the Gatorade at the Super Bowl would not work. You couldn’t offer action on what color someone’s shirt will be at the final table, for example. Anything related to the physical appearances of the players wouldn’t be viable. As an extension of that logic, wagering on any specific behavior of a player or players would also not work.

What could work is wagering on poker-centric outcomes. In other words, outcomes derived from the randomized deck of playing cards. For example:

Will a player lose a hand with pocket aces? For an individual player, the odds say that you should see pocket aces once ever 221 hands. The 2019 Main Event final table saw 120 hands dealt entering Tuesday. Books have the ability to set a line on this, which could give spectators a more consistent sweat than betting on who is going to ultimately sit with all the chips when the dust settles.

The marathon nature of the final table, stretching across multiple days, makes wagering on the winner less compelling than a sporting event that concludes in a comparatively neat two- or three-hour time window. Props could be best suited for gambling on the Main Event final table.

You could offer props on the number of hands it takes to crown a winner and over/under the quantity of all-in bets.

Wagering on bluffing would be tricky, considering that there can subjectivity as to whether a wager was a bluff or a value bet. Betting on something that involves a player’s intentions would be hard.

One thing that props can do is make betting on the event more attractive to bettors who think Caesars is charging too much juice on the final table bets. As Las Vegas-based poker journalist John Mehaffey noted, the lines do appear to be an improvement over years prior.

For those that want to gamble on other people gambling, here it is. I will also note that this is another example of the major improvement in Caesars books in recent years. The hold on this is about the lowest I've ever seen on WSOP futures, B&M or offshore. https://t.co/V3EdzD2nIH

With that said, if you add up all the implied probabilities it comes out to 125%. That’s not very attractive for sports bettors, according to gambling analyst Alun Bowden.

The Main Event final table isn’t something that is going to be attractive to professional sports bettors (maximum bet sizes are also relatively low), so it’s really about having skin in the game to boost the entertainment value of the nearly live TV coverage. Props could provide more of that, especially as the general public becomes more knowledgeable about the vig on moneyline bets.