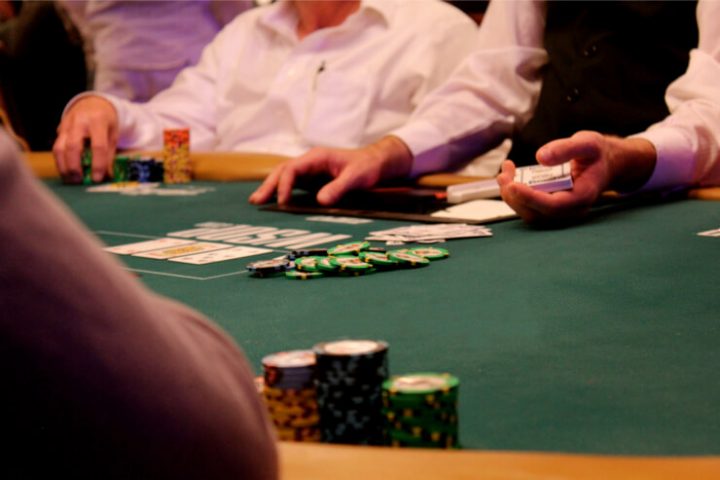 While pyrotechnics detonated with thunderous booms and sparkling colors all around the country, a different kind of fireworks went off at the Rio in Las Vegas on the 4th of July. There was a constant cha-ching-ing of cash registers accompanied by resplendent explosions of the color green, as the World Series of Poker Main Event racked up 7,874 entries, the second largest field in the history of the tournament.

On account of the 8,773 players who forked over $10,000 in 2006 — just months before the Unlawful Gambling Internet Enforcement Act (UIGEA) whacked online poker in the knees — this year’s field is not record setting.

That last stat is a particularly important one. The field size has increased in each of the last three years, by 317, then 484, and now 653. That hasn’t happened since the height of the poker boom, when the Moneymaker Effect exponentially increased entries by a factor of ten in just three years from 2003-06.

The UIGEA was a devastating blow, and just when numbers crept back over 7,000 in 2010, Black Friday again drove potential entrants out of the game. For six straight years after that, entries were stuck in the 6,000s. But the last two years gave us the second and fourth largest fields ever.

While there will be a tendency in some corners to go all First Take and try to pin the 2018 Main Event growth on a single “a ha!” reason, the reality is that several factors probably each played a minor role.

While some in the poker community initially lamented the idea of Day 1c falling on July 4, there are now 4,571 reasons to think that Wednesday holiday timing was perfect for recreational players. Those who live driving distance from Vegas didn’t have to take a vacation day from work to play. If anyone from out of town survived to Day 2, it meant using just two vacation days, and they wouldn’t need to use another until Day 5 — and hey, if they’re making Day 5, they’re getting well paid to lose a few personal days.

The year-over-year numbers of online qualifiers aren’t available, but we know WSOP.com’s 25-seat scramble exceeded its guarantee, giving away 32 Main Event seats, and other WSOP.com satellites on June 30 and July 1 alone handed out another 15 seats. And this was the first year post-Black-Friday when players in New Jersey could compete against players in Nevada for those seats, surely beefing up the satellite entries.

Internationally, 888 Poker also offered a beefy qualifier schedule, with players able to step their way to the Main Event for as little as $0.01.

The U.S. GDP has mostly been in a growth pattern since 2010, so this isn’t exactly a new reality, but certainly the continued financial positivity helped this 2018 bump. And poker players, pro or amateur, who’ve expanded their net worth with cryptocurrency investments are logically going to be more likely than in the past to part with $10,000.

Without getting into the whole debate over whether pros should be selling percentages of their buy-ins at exorbitant markups, the simple reality is that the modern ease of finding friends and funds to make the road to $10,000 (and beyond) smoother can only increase entries.

This analysis from my co-worker was meant to have a hint of tongue-in-cheek to it, but it also rings true:

It was last summer that ESPN shifted from primarily televising the Main Event in the fall in a heavily edited format — starting with Day 4, no less — to showing action starting on Day 1a “live” on a 30-minute delay. Viewers can see all the hole cards and follow along in (almost) real time. The increase in entries in 2018 might owe a little something to the summer of 2017 getting more recreational players excited, hoping they might land in the seat that makes quads against Vanessa Selbst the following year.

For nine years, from 2008-16, a four-month delay before playing the final table meant four months of media coverage, endorsement-seeking, and attention-soaking for nine lucky poker players. But that ended in 2017. And maybe, counter to what we initially would have thought, that encouraged a few people to play.

To many players, the notion of playing for nearly two weeks, becoming a millionaire, and then having to wait four months to find out whether you’re a multimillionaire wasn’t so appealing — especially once the concept had been around for nearly a decade and become tiresome. It’s easier to commit two weeks in July to the poker experience of a lifetime than to commit four months of mental energy to it.

We’re a short-attention-span society with an On-Demand button on every remote control. Delayed satisfaction isn’t what it used to be.

Through some combination of these factors, 653 more players entered poker’s world championship this week than did last year. And with more states potentially getting in on shared online liquidity in the years ahead, Jamie Gold’s historic 2006 victory for $12 million might not be the standard bearer much longer.