Damage has been done to player trust, even though a WSOP.com executive tells us the PayPal problem is almost solved. 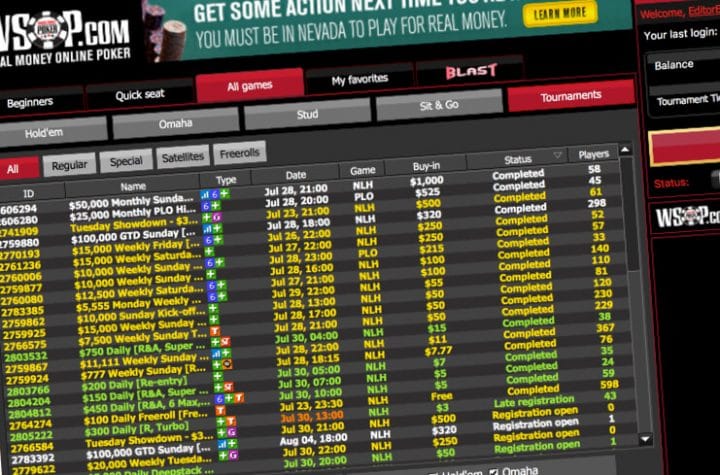 The 2019 World Series of Poker has ended. But with its conclusion came a new controversy for WSOP.com, the regulated online poker site directly connected to the prestigious tournament series.

Over the past few days, several poker players, including some recognizable pros, complained on social media about having trouble withdrawing funds from the site — which accepts customers in Nevada, New Jersey, and Delaware.

A representative of WSOP.com told US Bets this week that the problems stem from an unanticipated issue with PayPal and that the poker site expects to complete all requested cashouts this week.

But for a poker community full of players who got burned on Black Friday, many of whom dabbled in shadier offshore sites after that fateful 2011 day and had to sweat every attempted cashout, this episode brought back bad memories, the kind online poker players thought were behind them since regulation of the industry began in the United States in 2013.

I wonder when @WSOPcom will process my withdraw. Currently blaming it on WSOP. They don’t have $2108 on PayPal?

Harder added in the Twitter thread that “They made me send in my ID. I feel like this was solely a stall tactic? Anyways that was a week ago…”

The latter complaint about the additional ID verification is something I’ve experienced with regulated sports betting sites in New Jersey as well. Deposits are accepted with few obstacles to overcome, but when a customer wants to withdraw, additional steps are required, seemingly designed to test the patience of the player until, maybe, he or she decides its easier to just keep the money on the site.

That’s hardly the main story here, however. With WSOP.com, the problem was — as echoed by many respondents to Harder — a long wait for withdrawals via PayPal. As Harder wrote back to one poker player, “I thought regulation was supposed to be good?”

Aaron Mermelstein, a poker pro with two World Poker Tour titles to his credit, shared his own frustrations the day after Harder, referencing one of those untrustworthy offshore sites that eventually went belly up:

In the replies, several people noted similar issues, including one who said he tried to cash out $50k, received $30K of it without incident, but experienced delays on the other $20k and eventually had to withdraw via ACH, not PayPal, to get it.

Others shared stronger opinions and cited incidents dating back to before this summer.

US Bets reached out to both the Nevada Gaming Control Board and the New Jersey Division of Gaming Enforcement to see whether either had gotten involved with regard to these complaints. A representative of the NGCB said they have no comment, and the NJ DGE did not respond.

Fortunately, WSOP Head of Online Poker Bill Rini did go on the record with details.

“During this WSOP we had a record number of deposits, and normally people deposit and withdraw to the same payment method,” Rini explained. “This year we had a lot of people asking for PayPal withdrawals who had deposited cash at the cage.

“For a merchant, like WSOP.com, we keep a certain amount of funds on PayPal and all of the various payment processors we use. As withdrawal requests come in, so do deposits and that usually stays at a constant level. When we have an excess we sweep the funds into our bank account and when the pool is short we deposit additional money.

“When we started getting more PayPal withdrawals than normal, it depleted the PayPal pool, and unfortunately, due to the volume of requests, the process took a little longer than normal.”

The good news, Rini says, is that the problem is nearly resolved. He noted that affected players were contacted and apologies were issued, and stated, “We should have the backlog cleared out this week.”

The explanation sounds credible, although one would think, after six-plus years of WSOP.com operating in Nevada simultaneous to the summer Series, they should have exhibited better foresight regarding funding and a potential flood of withdrawals in July.

If everyone gets their money this week, this will go into the books as a minor hiccup, nothing more. And hopefully it will be a learning experience for the operator.

But as anyone who had money on Full Tilt Poker in 2011 can tell you, finding out your poker site has not segregated funds in a manner that makes it easy for a player to liquidate creates an uneasy feeling. This incident has left some poker players with a bad taste in their mouths.

It’s vital that the commissions and the sites work together to ensure that, in all regulated markets, withdrawing money is every bit as straightforward as depositing it.