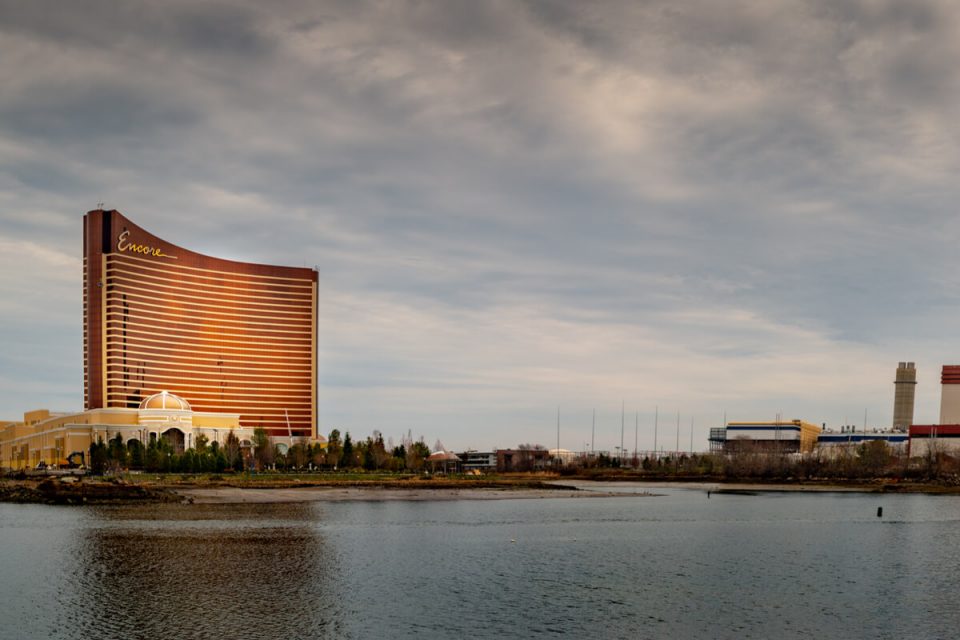 It’s been a roller coaster lately for the gaming industry in the Bay State.

In the wake of a $35 mm fine against Wynn Resorts stemming from company misconduct in Las Vegas under the reign of former CEO Steve Wynn, reports surfaced that Wynn Resorts and MGM Resorts International were discussing a potential deal for the upcoming Encore Boston Harbor. It wasn’t the first time a sale rumor has surfaced, but it came at an eyebrow-raising moment because Wynn Resorts just last month completed reputation-damaging “suitability” hearings in front of the Massachusetts Gaming Commission so that it could keep its license.

#BREAKING: Wynn and MGM Resorts confirm in joint statement that they have had conversations about the potential sale of Encore Boston Harbor. pic.twitter.com/MEfWbDcH5S

The news created quite the stir in Massachusetts. Under law, MGM can only own one casino in the state, so it would have had to sell its casino in Springfield. The sale could have resulted in a delay in the opening of Encore, which has been years in the making and promises more than 5k jobs.

The situation was a mess and criticized by folks in the gaming industry, both nationally and locally. The sale discussions came as Massachusetts had been trying to sort through how to legalize and regulate sports wagering, a priority for Republican Gov. Charlie Baker.

It’s safe to say a Wynn Resorts high-profile exit from MA, along with MGM’s sale of MGM Springfield, would have raised significant questions during the legislature’s sports betting discussions.

The backlash to the reports of sale discussions for the $2.6 billion Encore, which sits outside Boston in the town of Everett, prompted MGM to put out a statement saying it would stop the talks. It cited “anxiety” among stakeholders as a reason why it would pull the plug on the preliminary talks.

One of those stakeholders was Carlo DeMaria, the mayor of Everett, who said he would try to block any potential sale. There likely would have been substantial litigation if the companies tried to orchestrate a sale and the transfer of the casino license, which would have needed regulatory approval. Encore is still fighting off an unrelated lawsuit pertaining to the casino license it was awarded by the state.

MGM doubled down on its commitment to its existing gaming facility, an important component of the statement considering the high stakes of the sports betting debate and the prospect that MA will allow stand-alone online/mobile sportsbooks (i.e. DraftKings). Those would be untethered to a b&m casino.

To make the optics even worse for MGM, the discussions with Wynn Resorts, which were leaked to the Boston Globe, came effectively alongside local reports about a slow start for MGM Springfield. The sale discussions created the optics that MGM was willing to walk away from Springfield less than a year after opening that casino. Who in Massachusetts would get the warm and fuzzies about allowing Wynn and MGM to be key players in a sports betting market with flimsy commitments to the state?

MGM confirms it’s pulling out of talks with Wynn Resorts over ⁦@EncoreResortBH⁩. pic.twitter.com/MuVUq6YSfN

At a meeting in front of the MA Gaming Commission, a day after MGM said the discussions were over, Wynn Resorts said that its plan to open the casino on June 23 would remain in place.

Sports bettors in MA would have every right to be displeased with the shenanigans of Wynn and MGM, which cast a shadow on the state’s ability to regulate the gaming industry effectively.

Policymakers in the state are currently seeing calls from not just the likes of MGM and Penn National Gaming (owner of a slots parlor) for sports betting, but also Boston-based DraftKings and the state’s horse racing industry. There are plenty of stakeholders trying to grab a piece of the new market.

To further complicate the situation, the state lottery is considering vying for involvement.

Lawmakers are set to holding informational hearings on May 28 and May 29 on sports betting, in order to gather feedback from various stakeholders and state officials. The last thing anyone in the state wants to do is sort through sports betting regulation while a blockbuster casino deal is in motion.

“It’s a complex issue,” state Rep. Ann-Margaret Ferrante, co-chair of the state’s Joint Committee on Economic Development and Emerging Technologies, told MassLive in an article published Wednesday. “[Sports betting] is an issue that we want to be very diligent with, and we want to make sure should Massachusetts go forward with sports betting legalization … that we do it properly.”